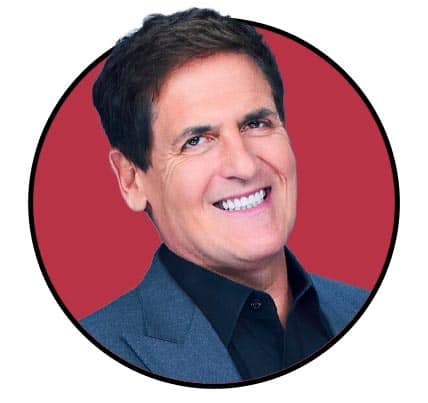 Who Is Mark Cuban?

Mark Cuban is the 61-year-old owner of the NBA’s Dallas Mavericks, co-owner of 2929 Entertainment, and chairman of AXS TV. He is also the main star of the popular “Shark Tank” television series, and he has an estimated net worth of $4.3 billion.

Cuban got his start as an entrepreneur and investor, hitting it big with the selloff of Broadcast.com to Yahoo in 1999. When he purchased the Mavs in 2000, he quickly rose in notoriety thanks to his firebrand business ethics, off-the-cuff comments, and general “bad boy of the NBA” vibe. He parlayed that into bonafide celebrity status, and over the last several years, he has become more involved in political commentary. His recent political comments has landed him among the growing list of Presidential candidates in 2024.

There is no telling what Mark Cuban’s voter base would be, but based on his general status and the groups he seems to appeal to, Cuban could attract the following:

Why Are There Mark Cuban Presidential Election Odds?

Mark Cuban has always danced around the idea of a political career, similarly to how current President Donald Trump did for much of his business life in the private sector. In 2017, Cuban said that if he ever ran for President, it would be as a Republican.

However, there weren’t odds available until mid-April of 2020, simply because Cuban finally gave the idea more credence in a widely circulated April 12 interview on “Fox News Sunday.” In that interview, Cuban was asked about a potential POTUS bid, and he said he is considering the reality now more than ever.

“Hey, unique circumstances, you just never know … I never would have considered it prior to a month ago, but now things are changing rapidly and dramatically. … [But running for President is] not something that I’m actively pursuing. I’m just keeping the door open. … As it is today, I’d say probably…it’s not going to happen.

While Cuban ultimately decided against running in 2020, his odds for 2024 remain on the boards and will likely remain posted until he declares that he will not seek office during the next election cycle.

Odds For Mark Cuban To Win The 2024 Presidential Election

Will Mark Cuban run in the 2020 Election?

Can I Bet On Mark Cuban Now?

Yes, you can! Currently, BetOnline is offering odds on Cuban’s chances to become the 47th President of the United States of America. And while he’s one of the longest shots on the board, he’s seen plenty of half-court desperation heaves go in – and if this one does, the payout would be absolutely massive.

Still, there’s no guarantee Cuban will run in 2024, which is part of why his odds are so long.

Honestly, they don’t tell us much right now, simply because Cuban hasn’t announced his candidacy. He’s got some of the lowest odds of anyone on the boards, and that will continue to be true until such a time as he makes a formal announcement and shows that he can be a credible challenger to Joe Biden.

Mark Cuban could make the most impact as a credible third-party candidate, given that Trump likely has the 2024 GOP nomination all but wrapped up, but the campaign season is young and time will tell what each potential candidate decides to do.

Mark Cuban’s Chances To Become President Based On Prediction Markets

There is no prediction market data currently available for Mark Cuban in the context of a Presidential run. If he “keeps the door open” for a few more months, those markets may start to track his odds, and we will include their reports here.

“Work like there is someone working twenty-four hours a day to take it all away from you.” – Mark Cuban

Cuban doesn’t have a defined set of expressed political policies, but he has discussed his admiration for Ayn Rand, who was an avowed libertarian. However, Cuban also claimed that paying more taxes is the “most patriotic thing someone can do.”

This would seem to put him firmly in the camp of the establishment on either side, but his residual libertarianism would align him more closely with Republicans than Democrats. That said, Cuban endorsed Hillary Clinton in 2016 and Joe Biden in 2020, and could be eying a third party run in 2024.

Cuban is also an advocate of the US armed forces, establishing the Fallen Patriot Fund in concert with the Mark Cuban Foundation. Ultimately, Cuban’s politics can be summed up in one word: “contradictory,” which is a pretty good indicator that he’s politician material!

Cuban has no political experience to speak of, but as an entrepreneur, NBA owner, and TV personality, he has a tremendous amount of experience as a manager in highly competitive environments. How this would translate to leadership on the world stage, nobody knows.

On the other hand, a guy with a similar background won the presidency in 2016 and seems to be pretty adept at the gig, at least according to his massive voter base, strong polling numbers, and 2024 Presidential betting odds.

Mark Cuban was born in Pittsburgh, PA, on July 31, 1958. Cuban forewent his senior year in high school to enroll in the University of Pittsburgh, and after one year of that, he transferred to Indiana University. In 1981, Cuban graduated from the Kelley School of Business with a BS in Management.

Aside from his ventures with the Mark Cuban Foundation and the Fallen Patriot Fund, Cuban is famous for getting massive fines from the NBA and matching those fines dollar-for-dollar in contributions to various social programs and charities.

Cuban is also a regular donor to his alma mater, Indian University, recently giving the school a $5 million grant for the construction of the Mark Cuban Center for Sports Media and Technology.

Mark Cuban, as owner of the Dallas Mavericks, is a big fan of sports betting. When the Supreme Court overturned PASPA in 2018, Cuban lauded the decision, declaring that it greatly increased his NBA franchise’s value. Per Cuban on the momentous decision:

“I think everybody who owns a top four professional sports team just basically saw the value of their team double, at least. … It could finally become fun to go to a baseball game again. You know, all that down time. A basketball game, football, it’s easy to see how you’ll have fun at the arena, at the stadium, and while you’re watching it, whether it’s online, on traditional TV. … I think this is something that benefits everybody.”

How Much Can I Win If I Bet On Mark Cuban?

If Cuban announces his candidacy, you will see those odds dramatically shorten, albeit they’d still be tempered by the fact that barring a disaster in the Biden administration, Cuban would likely be a third-party candidate.

The One Reason Mark Cuban Will Not Be President In 2024

Cuban – to make any sort of actual attempt at winning office – would have to run as a third-party candidate. No third-party candidate has ever come close to winning a US Presidential election, and Cuban is not going to beat Donald Trump – or the Democratic nominee – on such a ticket.

However, Cuban could play spoiler for the DNC, siphoning off enough votes from Trump to give Biden – or any other Democratic candidate – an edge in battleground states.