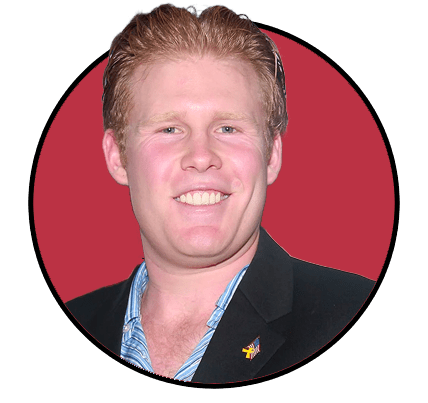 Following in his father’s footsteps, Andrew Giuliani has now thrown his hat into the ring of New York politics by becoming a candidate to become the next Governor of the Empire State in 2022. While the GOP picture for the NY Governorship may be murky at this time, Giuliani is expected to contend for the Republican Party nod and is currently featured in the Gubernatorial odds.

Can Andrew Giuliani unseat incumbent Gov. Andrew Cuomo? If so, Giuliani’s odds will certainly secure a large cash jackpot, and online political bettors can learn how by reading the rest of this guide. We also provide direction toward the top online sportsbooks offering Presidential Election odds to become New York Governor in 2022.

Who Is Andrew Giuliani?

Giuliani was born in New York City, NY in 1986. His father is former NYC Mayor and Trump attorney Rudy Giuliani, and his mother is journalist/actress Donna Hanover.

Andrew has one sister, Caroline Giuliani, who is a filmmaker and an avid left-wing political activist that vehemently disagrees with the ideologies of both her brother and father.

Andrew is married to a major real-estate executive named Živilė Rezgytė. They have no children together. He is a baptized Catholic, and a former pro golfer.

While there are no New York Governor odds posted at the moment, early NY political betting lines debuted following Giuliani’s campaign announcement that included a moneyline on his chances set at +3300. That means $1 wagers placed on Andrew Giuliani’s odds will earn $33 if he wins the NY Governorship in 2022.

Those early New York Gubernatorial odds featured incumbent Andrew Cuomo with an EVEN moneyline, indicating that he is expected to secure a victory in his re-election bid despite numerous scandals piling up on his desk.

Before Andrew Giuliani can qualify for the general election cycle, he must thwart a field of GOP competitors first. The following Republican Party candidates have declared their intention to run for NY Governor in 2022.

Can I Bet On Andrew Giuliani Now?

While the Andrew Giuliani odds will come and go, they can be bet on up until the final election results are announced – and sometimes after that if the final tallies are challenged. One thing political bettors need to keep in mind is that these futures odds won’t pay out until the race is over, which can take months or years.

On the other side of the coin, wagers placed early on in the campaign will secure much higher odds, which means larger cash sums when it comes time to withdraw your winnings. For now, online gamblers will have much better luck finding political prop bets for Andrew Giuliani.

The early moneyline of +3300 placed on Giuliani’s chances of winning the 2022 Gubernatorial Election for New York State indicates that bettors do not expect him to be the victor. In fact, he is such an underdog that he is unlikely to win the Republican Primary and advance to the general election round.

That said, November of 2022 is a while away and Andrew Giuliani could sprout to the top of the state odds between now and then, so taking advantage now could prove to be profitable for those that are willing to accept the risk.

Andrew Giuliani’s Chances Of Winning Based On Prediction Markets

Political prediction site PredictIt suggests that Andrew Giuliani currently holds an 11% chance of securing the GOP nomination for the 2022 NY Gubernatorial Election, with Lee Zeldin holding a sizable lead at 76%.

These projections are reflected in the betting odds, or lack thereof, at the moment. The GOP primary for NY Governor is not deemed a competitive enough race to produce odds, but that will likely change as campaigns continue.

While most 2022 state Governor elections feature odds that suggest a blowout victory, there are some lines for betting on Gubernatorial elections

With one week to go until midterm election day, betting lines are forecasting a return to power for the GOP in both congressional bodies. Betting On

“I am proud of the four years I spent working for President Trump – I’m proud of our 25-year friendship. I’m certainly proud of all of the accomplishments we were able to accomplish together in the Trump White House”

Andrew Giuliani currently serves on the board of the United States Holocaust Museum. He is also involved with the Tunnel 2 Towers Foundation which is dedicated to honoring the memories of citizens and soldiers that lost their lives during the events of 9/11 and the conflicts that followed.

Andrew Giuliani donates his time and efforts to the Heart of a Lion Foundation, Leukemia & Lymphoma Society, The Maurer Foundation, United Cerebral Palsy, The First Tee, and Meals on Wheels.

In 2008, Andrew Giuliani attempted to sue Duke University following his removal from the golf team for numerous incidents, including but not limited to the physical and verbal abuse of teammates and staff.

His suit was intended to reinstate his permission to utilize the University’s golf facilities, citing a non-existing agreement that granted him the right to do so for life. The lawsuit was thrown out in 2010.

How Much Can I Win If I Bet On Andrew Giuliani

The initial line on the next New York State Governor at online political sportsbooks placed +3300 odds on Andrew Giuliani to win in 2022. That means a $100 bet will result in a $3,300 cash sum if Andrew can climb to the top and unseat sitting Governor Andrew Cuomo.

The only catch is bets will not pay out until the election results are official and a winner is declared, which means winnings cannot be withdrawn until at least November of 2022.

What Does Andrew Giuliani Do For A Living?

Who Is Andrew Giuliani’s Father?

How Old Is Andrew Giuliani?

Andrew Giuliani was born on January 30th, 1986 and would be sworn in as Governor of New York a few days prior to his 37th birthday if he is able to secure the win.

Yes. Andrew Giuliani was a member of the Trump regime, serving as Special Liaison to the President from 2019 through 2021. Andrew continues to support Donald J. Trump to this day.

How Tall Is Andrew Giuliani?

Giuliani stands at 5’10” tall, which aligns with the current national average male height. He is approximately one inch taller than his father, Rudy Giuliani.

Yes. In May of 2009, Andrew Giuliani graduated from Duke University with a Bachelor of Arts degree.

Yes. Andrew Giuliani is married to Živilė Rezgytė. The couple were united in marriage in the year 2017.

What Is Andrew Giuliani’s Net Worth?

A 2020 estimate placed Andrew Giuliani’s net worth to be somewhere between $2-$4 million.

What Is Chris Farley’s Connection With Andrew Giuliani?