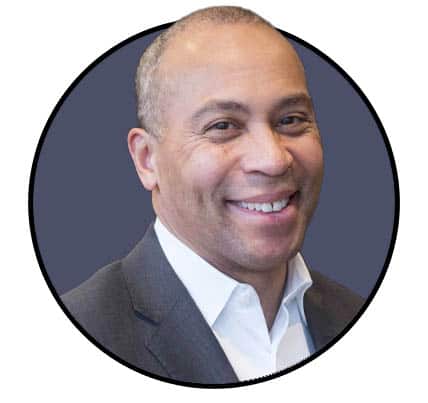 Who Is Deval Patrick?

Deval Patrick is a 63-year-old Democrat that has spent the last few years in the private sector working as a managing director for Bain Capital. Prior to his tenure at Bain, Patrick served as the 71st Governor of Massachusetts, the first African American to do so, from 2007 to 2015. Patrick officially launched his Presidential campaign on November 14, 2019.

Since Patrick is very early in his run, his voter base is still speculatory. However, based on his policies and previous tenures in elected office, Patrick’s base could be groups from:

Odds For Deval Patrick To Win The 2024 Presidential Election

Unfortunately for Patrick, his chances at winning are quite long, hovering at between +20000 and +40000. While this represents a potential life-changing payout for bettors, you should consider wagering money on more front-running candidates.

Similarly to his Presidential election odds, Patrick’s odds to win the DNC not are trending at between +20000 and +40000 at most legal political betting sites. He’s basically the longest of longshots.

Can I Bet On Deval Patrick Now?

Yes! Bets can be placed immediately as political betting odds are open year-round. Bets placed on an event far ahead of when it takes place are referred to as futures, and there are definitely futures available for Deval.

Patrick’s lack of odds tells us that major sportsbooks have little faith in the former governor right now. Without any listed chances for the Democratic nomination or the US Presidency, Patrick’s shot at winning proves to be minuscule, if alive at all.

Patrick’s Chances Of Winning Based On Prediction Markets

Since Patrick is so new to the race, and he lacks the name recognition of his opponents, the prediction markets are not giving him much hope either. As of right now, Patrick has a 0% chance of winning the Democratic nomination, which effectively gives him no chance at the White House either.

For too long, Democrats have been telling people what they want to hear. I’m going to tell you what I believe.

According to Patrick’s campaign website, he plans for “a health care system that provides access to high-quality, low-cost health services everywhere and for every single individual” as President.

Based on his policies as governor, Patrick will likely favor stricter gun laws for all Americans (not just criminals and at-risk groups), a better system for immigration processing, and a promotion of “greener” energy alternatives. Patrick’s website also advocates for greater investments in education “from pre-k to community college.”

As for money, Patrick has accepted money from PACs but criticized “the explosion of dark money into elections.” He has also said that taxes should be higher on the wealthiest Americans, but he has not fully supported a wealth tax.

While he was governor, Patrick advocated for casino gaming expansion in Massachusetts, which eventually led to multiple brick and mortar establishments opening within the state. Patrick also favored stricter gun control, including one firearm purchase per month and closing the alleged gun show loophole despite any evidence that either initiative would lead to a decreased incidence of crime.

Over the years, Patrick has had a mix of private and public sector jobs. After passing the Bar exam in California, Patrick worked on the United States Court of Appeals for the Ninth Circuit for a year before joining the NACCP Legal Defense Fund in 1983.

In 1986, Patrick moved back to Massachusetts to work for Hill & Barlow in Boston. Working at the firm for eight years, President Bill Clinton nominated Patrick as the United States Assistant Attorney General for the Civil Rights Division in 1994. Patrick served in this role until 1997.

Patrick then joined Day, Berry & Howard, another Boston-based law firm, in 1997 before taking a job as general counsel for Texaco in 1999. Patrick was elected Governor of Massachusetts in 2007 and served in that role until 2015. Patrick then returned to the private sector when he accepted the job of managing director at Bain Capital.

During his gap year between his bachelor’s and law school, Patrick spent a year working for the UN in Africa. While at Harvard Law, Patrick was elected president of the Harvard Law Legal Aid Bureau and defended underprivileged families in Middlesex County, Massachusetts.

Between April 1994 and January 1997, Patrick served as the United States Assistant Attorney General for the Civil Rights Division under President Bill Clinton.

Not only does Patrick have a positive view of gambling, but the Harvard grad has even gone as far as to craft bills to expand gaming in his state.

Patrick was instrumental in bringing casino gambling to Massachusetts early in his governorship, arguing that casinos would generate tens of thousands of jobs and $2 billion for the state.

After a few delays and controversies, Patrick signed the legislation into law in December 2011. Plainridge Park Casino opened in 2015, followed by MGM Springfield in 2018 and Encore Boston Harbor in 2019.

How Much Can I Win If I Bet On Deval Patrick?

Because Patrick is in longshot territory, a $100 bet on his candidacy or Presidency could net as much as $40,000 or more.

Top 5 Reasons Patrick Has No Chance At The Presidency