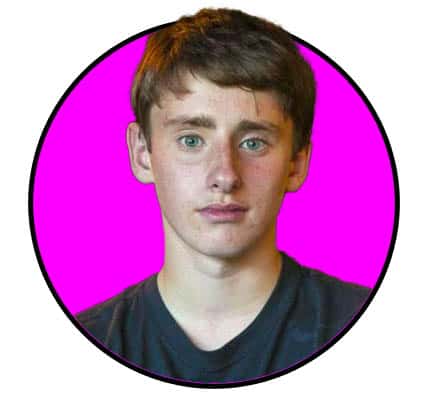 Who Is Deez Nuts?

Deez Nuts, in the context of American politics, is now among the satirical Presidential candidates concocted by 15-year-old Brady C. Olson of Wallingford, IA, in 2015. While Olson did not invent the term or even popularize it generally, he did make it into a mainstream and long-lasting protest vote, akin to Mickey Mouse, Ronald McDonald, and the very real Vermin Supreme.

If you want to bet on Deez Nuts for President in 2024, you won’t find any odds just yet, but sportsbooks may have some fun with the candidate going forward, and Deez Nuts promises to be among the leaders for write-ins on November ballots nationwide. To learn more, keep reading deez nuts!

A Brief History Of Deez Nuts

“Deez Nuts” is a meme – one of the oldest and best. It predates the Internet, in fact, and reached cultural relevancy on playgrounds and in schoolyards nationwide, courtesy of Dr. Dre’s seminal 1992 album, The Chronic. The track, entitled “Deeez Nuuuts,” has, in popular parlance, shriveled to its more familiar shorter spelling.

But what does “deez nuts” really mean?

From Urban Dictionary: “Deez nuts is an expression used to deliberately interrupt or divert a conversation. It is not a literal reference to testicles; rather it is used figuratively to disrupt and show disrespect to whatever discussion is currently occurring.”

In other words, if you want to dismiss a debate, request, or premise, just utter those two little words, and you’ve won. With this “deez nuts” definition in mind and unhappy with both Hillary Clinton and Donald Trump as Presidential candidates, Olson filled out a satirical candidate form to run for President in 2016, officially filing with the FEC. In August of 2015, Deez Nuts shot to national prominence after receiving nearly 10% of polling support in three states (IA, NC, MN). For a brief moment, he was even featured on various political odds boards.

While there are a million competing Deez Nuts memes, Olson’s may be the most prominent due to the mainstream media coverage that his fake candidacy garnered. However, on the interwebs proper, perhaps the most famous usage of the term came from social media influencer WelvenDaGreat, who made one of the funniest cranks call ever recorded (or, at least, he seems to think so):

Is It Legal To Bet On Deez Nuts?

It is legal to put money on Deez Nuts at any offshore sportsbook, as these are the only betting operators that allow real money wagers on Presidential elections, politics, and entertainment betting lines. There are no federal laws preventing US residents from gambling at offshore betting sites, as these venues operate outside of US jurisdiction.

Washington has laws on their books barring online gambling of all kinds, but they are historically unenforced. You should only sign up at your own discretion if you live in WA, but if some government agent hassles you about online betting, just tell them they can fine deez nuts! (Where they can find them, of course, is up to you.)

Deez Nuts is not running for President in 2020, as Olson is not yet old enough to hold the office. However, that doesn’t mean that the idea of Deez Nuts isn’t going to get a substantial number of votes from disaffected Americans who are unsatisfied with their effectively binary options at the voting booth. If and when any election betting sportsbooks offer betting on Deez Nuts, we’ll post those odds right here.

Since you won’t find Deez Nuts on your ballot in November, should you come across any Deez Nuts odds, they will be political prop bets. Such props might include what percentage of the popular vote the candidate gets in a given state or nationwide, whether or not protestors or various meme-peddling webizens will show up at debates with Deez Nuts signage, and so on.

There are certainly plenty of creative political betting lines out there, so hopefully, when the ball drops, you’ll be able to bet on Deez Nuts in some way, shape, or form. The odds might get a little hairy, but they’ll definitely help you scratch that betting itch.

Can I Bet On Deez Nuts Now?

Unfortunately, there are no current betting odds for Deez Nuts at any of the top election betting sites. That said, as soon as such odds are posted, this page will be updated accordingly.

Should Deez Nuts ever win the presidency, there will surely be odds posted to impeach him. Deez Nuts is an outsider with no political experience, and the Washington, DC, establishment has shown total contempt for such candidates. Coupled with his moniker, Deez Nuts would likely be on the chopping block, Lorena Bobbitt style.

And though we can’t prove it, it seems a near certainty that The Donald himself – in private and to his most trusted confidants – opined of his own Trump impeachment odds that “The Democrats can impeach deez nuts!”

Flipping the script, instead of talking about Deez Nuts in yo mouf, you can listen to what’s come out of Deez Nuts’ mouth as regards his 2016 run for President of the United States.- Deez Nuts

On his party options and VP candidate: “The next step is to get some party nominations, like the Minnesota Independence Party or the Modern Whig Party. It would also be great to find a VP, preferably [Limberbutt] McCubbins because the Nuts/McCubbins ticket sounds amazing.”

Deez Nuts – or rather, Olson – is a Bernie Sanders supporter who, with the naivete of youth, somehow also fancies himself a Libertarian. That’s almost as farcical a notion as the candidate’s name itself. Mr. Nuts explains this schism as follows:

“If I had a voice in 2012, I would have endorsed Gary Johnson. For 2016, if people didn’t vote for me, I would encourage them to vote for Johnson where I don’t have ballot access or write-in access. I side with the LP because, like me, they are generally socially left and fiscally right.”

There is no record of Deez Nuts working for any charitable causes, except for giving us all a good laugh. In that regard, he’s done everyone in America quite the service and has likely saved countless lives. Laughter, after all, is the best medicine, and we’re all hanging loose with Deez Nuts.

We don’t know about Olson’s views on gambling, as he’s not legally old enough to gamble yet. At just 20 years old, most US brick-and-mortar casinos won’t let the erstwhile Presidential candidate on their gaming floors. But if he really wants to bet on himself and others, all the best offshore sportsbooks accept Deez Nuts (and any US player who is at least 18 years old).

How Much Can I Win If I Bet On Deez Nuts?

Right now, nothing, as there are no Deez Nuts betting lines available. However, if any are ever posted, you can be sure that you’ll make a mint, as joke candidates are always longshots, sagging low at the bottom of the betting boards.

Where can I get Deez Nuts merch?

What does deez nuts mean?

Medically, we suppose that the term means “these gonads” or “these testicles.” However, as outlined about, its mainstream usage is more of a dismissal, in line with other various four-letter words and derivatives thereof. Regardless of how you use the term, you’re sure to have a ball!

How do you say deez nuts in Spanish?

The Spanish translation for deez nuts is “nueces deez,” according to Google. However, the slang doesn’t necessarily translate in Spanish, so you might also get away with saying “testiculos deez” or “huevos deez.” More literally, “estas gonadas” or “estos testiculos” could also be used. The upshot, of course, is that Hispanic voters are also by and large nonplussed with their electoral options, and many of them might be voting for Deez Nuts in November. That’s solidarity, folks!

Will my Deez Nuts vote count?

Yes and no. It depends on whether or not your state tallies write-in votes. Regardless, as a protest vote, it does get the message across that you find none of the mainstream candidates credible, so when you cast a vote for Deez Nuts, you’re voting against those nuts.

How old is Deez Nuts?

The term, as popularly developed, is at least 28 years old. However, it was likely around for far longer, so it’s hard to say. The Deez Nuts Presidential candidate (Brady C. Olson) is 20 years old as of 2020. He will be eligible to run for President in 15 years or so.

How much is Deez Nuts worth?

You can’t put a price on a meme. The good ones are priceless, and Deez Nuts is one of the best. As for Mr. Olson, the Deez Nuts guy, there is no information available about his net worth.

Who made Deez Nuts?

It’s impossible to know exactly who invented Deez Nuts. Dr. Dre is credited with bringing the term into the popular vernacular, but he didn’t actually coin it. Like all memes, the origin of Deez Nuts is hard to pin down, and a host of rival theories are flopping all around the Internet.

Where did Deez Nuts come from?

You should’ve learned all about that in grade school biology, so we won’t get into it here. In popular culture, Deez Nuts came from a Dr. Dre song before Instagram star WelvenDaGreat revitalized it and Brady Olson sealed the deal in 2015 with his Presidential parody.

What happened to the Deez Nuts guy?

kids do. Because of his run for office in 2016, however, the Federal Election Commission has now criminalized the act of filing Presidential candidacy forms for satirical entities. The government has banned Deez Nuts!

How many votes did Deez Nuts get?

Nobody knows. Deez Nuts shot to fame by getting onto a few polls and receiving double-digit support, but he didn’t actually get onto any ballots by name. That said, there were probably thousands of write-in votes for the candidate. Regardless, at just 15, Deez would’ve needed to wait another 20 years before being eligible to hold the office of the President. Nuts!

How many people voted for Deez Nuts?

Who is Deez Nuts’ running mate?

Deez Nuts never announced an official running mate in 2016, but we have it on good authority that he eventually chose the equally popular candidate, Bofa. However, there was allegedly some argument as to whose name should come first, as “Deez Nuts Bofa” didn’t market test nearly as well as “Bofa Deez Nuts.”