2022 Ayanna Pressley Reelection Odds For The US House of Representatives 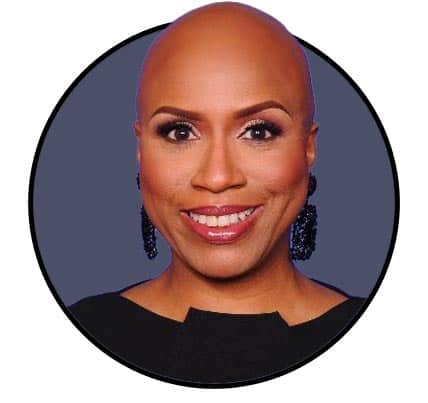 Ayanna S. Pressley is a freshmen member of the US House of Representatives and is currently running unopposed for her 7th District Massachusetts seat. She is a Democrat who is staunchly opposed to the administration of President Donald J. Trump and will continue to be a thorn in his side if he and she are both reelected in November.

Pressley has the full support of her community in and around Boston, MA, and her reelection would assure the Democratic National Committee of at least one more seat on their side in the battle for control of the US House. There are already lines posted for wagering on the balance of power in the US House of Representatives come November, and our manual for betting on Ayanna Pressley’s reelection odds is all you’ll need for guidance.

Who Is Ayanna Pressley?

Prior to being elected to the US House, Congresswoman Ayanna Pressley was a member of the Boston City Council. She was the first non-white woman to be elected to that body and served in that capacity from 2010 until 2019, when she was sworn in on Capitol Hill to represent MA in Congress.

A career underdog, she is no stranger to come-from-behind victories. This includes her personal life as well, as she manages her Alopecia disease that has caused her to lose all of her hair and wear a wig. She handles it all with class and grace (depending on whom you ask, of course) and brings that confidence to the political arena where she is known to carry her own weight in a partisan scrap.

Is Betting On US House Elections Legal?

Some domestic sportsbooks offer odds on political outcomes, but they do not accept wagers on them. Wagering on presidential election odds with an offshore sportsbook operating online will not get gamblers into trouble because it does not violate any laws. Offshore betting is not mentioned or detailed in US gambling laws, except in WA state laws, where all online gambling is banned.

Even though online wagering is against the law in Washington, we’ve yet to see any evidence of an arrest being made for that crime, and all top offshore betting sites accept members from WA. We do not condone any illegal gambling activities, so WA bettors must sign up at their own risk.

Since Ayanna Pressley is currently running unopposed, her chances of reelection are at 100% right now. Election registration deadlines have passed, so unless Coronavirus-related extensions are enacted, we doubt that sportsbooks will bother to post odds on a race where the results are a given.

However, there may be odds on voter totals, turnout, and so on, so stay tuned, as this page will be updated to reflect those. Additionally, election betting sites do currently feature odds involving the balance of power in the US House after 2022.

Can I Bet On US Rep. Pressley Now?

As mentioned earlier, odds are not likely to be available for Rep. Ayanna Pressley’s reelection chances due to her lack of an opponent, but there are the above referenced betting lines for what political party will have control of the US House of Representatives after the fall of 2022’s elections have concluded.

These political prop bets are available to wager on right now at online sportsbooks, as well as dozens of other election-related lines to choose from.

How Much Can I Win If I Bet On Representative Pressley?

The maximum bet, and resulting pay out total, will vary at each sportsbook, and on each betting line. As a hypothetical example, betting on the Democrats and their -360 odds to retain control of the US House may carry maximum bet of $900 for a payout of $250. Meanwhile, a wager on the Republicans and their +250 odds to rebound and regain a majority in the House might have a maximum wager of $250, which would earn $625 if it happens.

All political odds use the American moneyline standard, and you should shop lines between multiple books to see who has the best odds and the best betting maximums.

Representative Pressley is running for reelection in 2022, as all US House seats have two-year term limits. Currently, Pressley has no contender for her 7th District MA seat. There is the likely possibility that others enter the race, but as of now, Pressley is running unopposed and is positioned for another two years in Washington, D.C.

Once the 2022 US House 7th District of Massachusetts election takes shape, we’ll update this section with the latest candidates.

Pressley ran unopposed in the primary round and was also able to easily capture reelection in 2020 during the general election cycle, blasting her nearest opponent by a separation of 74 points, with a Republican failing to even muster up 1% of the total vote count.

After winning a reasonably close Democratic primary race over 10-term incumbent Michael Capuano, Ayanna Pressley won the general election for Massachusetts’ District 7 Seat in the US House of Representatives on November 6, 2018. She ran unopposed, outside of a few write-in candidates.

Born February 3, 1974, in Cincinnati, Ohio, Aryanna Pressley was raised in Chicago, Illinois.  As a child, her mother Sandra worked multiple jobs to support the family, as her father Martin Terrell was perpetually incarcerated. While at the private Francis W. Parker School as a teen, Pressley was a cheerleader, model, forensics debater, and appeared in Planned Parenthood bus advertisements. Clearly, she was destined for a political career from early on. Pressley is 46 years old.

Prior to becoming a member of the Boston City Council, Pressley worked for many years as an executive assistant and a district representative for Massachusetts Democratic US House Rep. Joseph P Kennedy (yes, of those Kennedys).

Ayanna Pressley was elected to the Boston City Council in 2010 and was the first African American female member in its 100+ year history. She was reelected for the next few terms until she ran for US House in 2018 and won.

Although her national political experience has been brief, Ayanna has made up for the lost time by lambasting President Trump regularly and leading the charge for his removal from office. She is a member of The Squad, a cabal of four freshmen female minority House Representatives that takes a particularly adversarial stance against the POTUS.

Congresswoman Pressley has not weighed in on her position regarding gambling of any kind, but she does have a stance of not accepting PAC donations from corporate entities, which would include large casinos and betting operations.

Although unconfirmed, her position on gambling is likely not favorable. As a member of the US House, she has influence – but no voting rights – in expanding Massachusetts gambling law, like the legalization of sports betting.

Where did Ayanna Pressley go to school?

If you are wondering “Does Ayanna Pressley have a degree?”, the answer is no. She attended several hours of collegiate classes but never completed enough requirements to earn a degree. She is in her 40s, so there is still plenty of time for her to graduate. Albeit her outsized professional success could earn her an honorary degree, as well.

Not yet. But Pressley is as close to a sure thing as you can get in the betting world because she does not have an opponent from any political party running against her in 2022. There will likely be some write-in votes cast on election day, as there always are, but Pressley is sure to gain 80% of the vote or more. Most books are unlikely to offer odds on this race’s winner, though other political wagers will probably be on the “ballot.”

Who is Ayanna Pressley running against?

Even though Pressley will have only completed two terms in the US House of Representatives, she is extremely popular in her district and is currently running unopposed in 2022. This may not be the case for every congressional election, but any potential opponents have clearly deemed her unbeatable this time around.

Does Ayanna Pressley have Alopecia?

Yes. Rep Ayanna Pressley announced that she has Alopecia in January of 2020. The disease has caused Pressley to lose all of her hair. She wears wigs and advocates for workplace acceptance for females who have had issues with losing hair (though it is unclear if this is an actual problem in the average American business).

Where was Ayanna Pressley born?

Because of her dynamic personality, many have asked, “Where is Ayanna Pressley from?” Pressley was born in Cincinnati, Ohio, but later moved to Chicago, Illinois, where she spent the majority of her youth.

How old is Ayanna Pressley?

Ayanna Pressley ages well. She was born on February 3, 1974, and is currently 46 years old, but appears much younger than her age would suggest. We reckon she probably still gets carded at most casinos and that Google gets a significant number of requests for Ayana Pressley photos.

Is Ayanna Pressley a Democrat?

The Ayanna Pressley husband question is on a lot of people’s minds, and for good reason! She’s certainly an eligible bachelorette. Unfortunately, fellas, she is married to Conan Harris, a former Boston City Hall public safety advisor who now runs a consulting firm.

Although there were no shortage of candidates to become the Mayor of Boston that were seeking the endorsement of Rep Ayanna Pressley, but she declined to offer her take on who was suited for election.

What was the Ayanna Pressley speech about following her 2020 election win?

In her first speech on the US House floor following her midterm election, Rep. Pressley delivered an emotional speech on Israel and Palestine and questioned the United States’ expenditure of tax dollars toward those international efforts.

What was the Ayanna Pressley panic buttons situation all about?

During the attacks on the US Capital in January of 2021, Ayanna Pressley’s staffers barricaded themselves in her office. While there, they observed that the panic buttons had been ripped out of their housing and rendered useless.