Who Is Donald Trump Jr.?

Donald John Trump Jr. is the first-born son of the 45th President of the United States, Donald Trump Sr., and is a leading member of the Republican Party despite never seeking or holding public office.

Trump Jr. currently serves as the Trump Organization’s executive vice president and has written two novels to date, “Triggered” in 2019 and “Liberal Privilege” in 2020.

Whether or not Don Jr. runs for office in 2024 has yet to be revealed to the public, but all indicators imply that he will be a legitimate candidate for President when that day arrives.

The major online political sportsbooks that we endorse here at Presidential Election Odds all feature betting lines on Don Trump Jr. and his potential to win the Presidency in 2024. These lines are taking action right now, and do not require Trump Jr. to announce his campaign before bets can be placed.

The entire Trump family remains in the headlines and on the minds of election oddsmakers, and that popularity causes them to appear in political prop bets that take action on occurrences that fall outside of the realm of election outcomes.

Indictment Odds are currently on the boards at BetOnline that grant Don Jr. a +3300 moneyline for facing criminal charges prior to a list of other politicians, with Rudy Giuliani leading the way at -140.

Can I Bet On Donald Trump Jr. Now?

Yes. Any of the Trump odds mentioned on this page can be bet on now, but keep in mind that the wagers will not be final until the outcome is acknowledged by the books, meaning it could be years before cash winnings are collected.

The highest payouts can usually be secured by betting on political futures odds and election results as early as possible, so don’t let the delayed withdrawals discourage you from taking home a hefty sum of cash.

What Donald Trump Jr.’s Odds Tell Us About His Presidential Election Potential

Despite Don Jr.’s apparent influence and potential as a Republican Party candidate, his current nomination and Presidential betting odds imply that he has a very minute chance of winning.

These Don Trump Jr. odds are largely based on the fact that he has not made his immediate ambitions clear to his base, because if and when he does, his moneylines could either climb to the top or disappear altogether.

Donald Trump Jr.’s Chances Of Winning Based On Prediction Markets

According to political prediction website, PredictIt, Don Trump Jr. has a 3% chance of running in the Pennsylvania GOP Senate Primary, with a 1% shot at winning. PredictIt also has Trump Jr. with a 2% chance of earning the 2024 GOP nod for President and a 1% at becoming the next Pennsylvania Governor.

Recent polls at Axios and other websites have indicated that Don Jr. is surging past Florida Governor Ron DeSantis in overall popularity, but that has yet to be reflected in the political betting odds for 2024.

“Liberals love the first amendment until you say something they don’t agree with.” – Donald Trump Jr.

Don Trump Jr. was involved at a high level in his father’s two Presidential campaigns in 2016 and 2020, and has also been connected to several right-leaning political interest groups. He has yet to serve in an elected capacity, or in an appointed advisory role, but is currently a high-ranking and well-respected member of the GOP.

Don Jr. has personally overseen the construction of casinos during his time with the Trump Organization and has a favorable view toward gambling in general. Trump Jr. has also been vocal in his opposition to US states that have been sluggish in their efforts to legalize gambling and sports betting.

What Is The Most I Can Win If I Bet On Trump Jr. For President Now?

While common sense dictates that the largest moneyline odds will payout the highest, it all depends on the maximum bet on Don Trump Jr. that political sportsbooks will allow.

Currently, the highest payout that can be earned for a Donald Jr. election victory is by betting on Trump to win the Presidency in 2024 at BetOnline, where the max wager of $67 on his +7500 moneyline will win $5,025.

Top 5 Reasons 2024 Is Not The Year For A Donald Trump Jr. Presidential Campaign 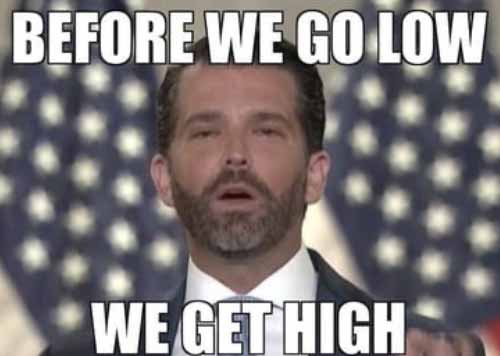 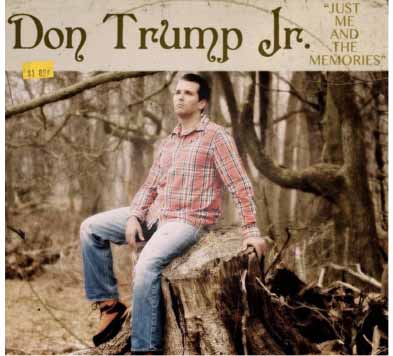 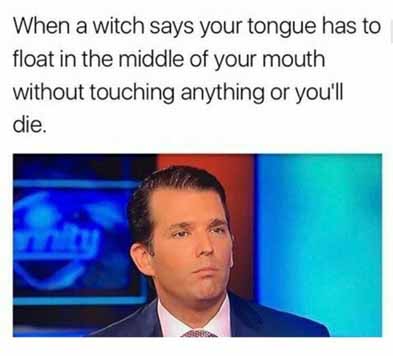 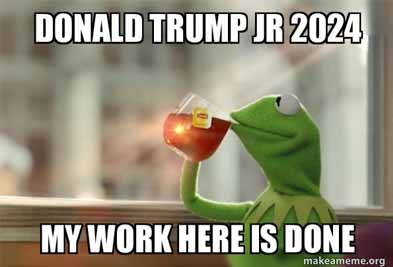 Who is Donald Trump Jr.?

Donald Trump Jr. is a political activist and Executive Vice President of the Trump Organization. He is the eldest son of former President Donald Trump.

What does Donald Trump Jr. do?

Don Trump Jr. wears many hats. He is Vice President of the Trump Organization, a part time author, and was previously a political advisor to the President.

How old is Donald Trump Jr.

How tall is Donald Trump Jr.

Donald Trump Jr is 6’11”, which is about 206 centimeters for our metric readers.

Don Trump Jr. was married to Vanessa Kay Haydon for 13 years but divorced in 2018.

Does Donald Trump Jr. have kids?

Who is Donald Trump Jr. dating?

How much is Donald Trump Jr. worth?

Don Jr’s approximate net worth is about USD$300 million.

Where did Donald Trump Jr. go to college?

Trump Jr. graduated from the University of Pennsylvania’s Wharton School with a B.S. in Economics in 2000.

Where does Donald Trump Jr. live?

Where is Donald Trump Jr. today?

Don Jr. is keeping a much lower profile since the end of his father’s administration. Even so, he remains relevant in the right-wing political scene by making media appearances and gracing Twitter with his presence.

Where has Donald Trump Jr. been?

Donald Trump Jr. has been busy buying a new home in Florida and sorting out responsibilities after the end of his father’s presidency.

Donald Trump Jr. has now authored and published two books. They are called “Triggered: How the Left Thrives on Hate and Wants to Silence Us” and “Liberal Privilege: Joe Biden And The Democrats’ Defense of the Indefensible.”

Is Donald Trump Jr. about to be indicted?

There is no confirmation of any sort that indicates Donald Trump Jr. will be facing indictment. However, the Trump Organization itself was recently indicted on charges of tax fraud.

Don Trump Jr’s ranking in terms of stupidity is entirely subjective. It is up to you, the reader, to decide if Donald Trump Jr is stupid 🙂

Is Donald Trump Jr. running for Governor of New York?

Donald Trump Jr. has yet to make a formal announcement of any run for public office. Even so, there are several rumors in favor of a bid for public servitude.

In 2017, Don Jr. was made to testify under oath to Congress regarding a Trump Tower in Moscow. He said to Congress that he was only “peripherally aware” of the situation. This response prompted controversy with many alleging that he was lying. However, there is no evidence that demonstrates Donald Trump Jr. lied under oath.

In 2017, photos of Trump Jr posing with a dead elephant swamped the Internet. The photos of trophy-hunting advocate were from a 2012 exotic hunt in Africa.

Don Jr. has never publicly stated his religious affiliations, though he often makes remarks that indicate leanings towards Christianity.