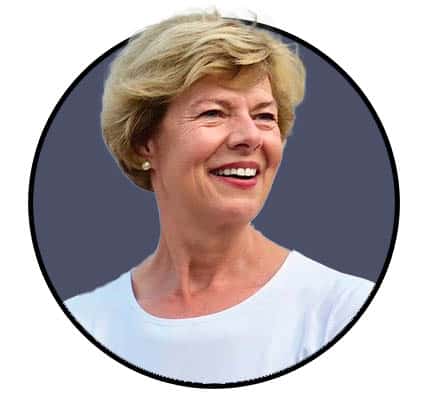 Tammy Baldwin has been an elected politician in some capacity for the last 35 years, continuously rising to the next level of government, and meeting the challenge each time. Now she has her sights set on the White House and is ready to campaign alongside Joe Biden in an effort to remove President Donald Trump’s regime from power.

Vice Presidential election odds are now popping up at top-rated sportsbooks, and Baldwin has a legitimate chance at attaining the VP nod. The name of the eventual Vice President nominee could be announced any day, so if you want to get in on the VP action and earn a nice payday, now is the time.

Who Is Tammy Baldwin?

Tammy Baldwin is a current US Senator from Wisconsin and is the Secretary of the Senate Democratic Conference, a high-ranking member of the Democratic Party. She has been involved in all levels of politics, from local to federal, for the last 35 years.

As an openly gay woman, she provides inspiration for many Americans who are part of the LGBTQ community and is an advocate for equal rights amongst all citizens of the USA. She is well respected by her colleagues on Capitol Hill, which can go a long way toward her becoming the Democratic VP Nominee.

Odds For Tammy Baldwin To Be Vice President Nominee

Can I Bet On Tammy Baldwin Now?

Yes, you can bet on Tammy Baldwin to become Joe Biden’s VP right now, and we suggest that you do so as soon as possible. Top online sportsbooks have provided odds for which politician will be selected by Joe Biden as his running mate, but they won’t be available to bet on forever.

We’re in the middle of the Democratic State Primaries, and Vice President selections can be made at any time. As soon the VP announcements are made, the odds will disappear, and so will your chance to earn a large cash sum.

A Wisconsin native and lifelong resident, Tammy Baldwin considers it her duty to serve the people of America’s Dairyland. Whether city politics or federal policymaking, Tammy Baldwin keeps her game-face on and is determined to work as hard as she can for the people who elected her.

She is an openly gay woman and was the first gay person to become elected to several government bodies. She is a trailblazer and places LGBTQ issues high on her list of priorities. She favors a national free health care system, and also supports the removal of Trump-era tax loopholes.

What Committees Does Tammy Baldwin Serve On

Committee on Commerce, Science, and Transportation

After graduating as the valedictorian of her senior class in 1980, Tammy Baldwin went on to study at Smith College in Northampton, Massachusetts, earning a B.A. in 1984. She received her Juris Doctor from the University of Wisconsin Law School in 1989 and worked as an attorney for the three years following.

How Much Can I Win If I Bet On Tammy Baldwin?

Before placing a bet on Tammy Baldwin to become the next Vice-Presidential nominee for the Democratic Party, you’ll want to shop the top-rated offshore sportsbooks and find who has the most advantageous odds placed on her.

MyBookie has the lowest odds available for Senator Baldwin to get the VP nod, so wagering with them will earn the highest payout if a bet on her hits. Using the $25 maximum wager that MyBookie allows for will earn a payout of $1,000.

Why Tammy Baldwin Could Be The Democratic VP Pick

Off all the potential Democratic Vice-Presidential Nominees, Tammy Baldwin is the best choice for many reasons. Most candidates for VP in 2020 are female, so now is the perfect time for Senator Baldwin to continue her ascent to the top of American politics.

She is also a proponent of an economy that benefits all Americans and not just the top 1%. She supports environmental causes and plans to invest in industries that can provide a future that relies on clean and renewable energy sources. This investment in renewable energy is also expected to pay off in the form of new jobs for America’s economy.

Tammy Baldwin is homosexual, and unfortunately, sometimes in the world of politics, race, gender, and orientation can be exploited for political gain. It is almost a foregone conclusion that the VP candidate will be a woman, but with Baldwin checking so many other boxes on the political report card, she provides a difficult presence for Joe Biden and US voters to ignore.

How long has Tammy Baldwin been in office?

Senator Baldwin has been involved in politics since the mid-1980s. She started at the city council level, then went on to become a member of the Dane County Board of Supervisors. After serving the county, Baldwin became a Wisconsin State House member, a US House member, and is currently a US senator. All totaled up, she has been “in office” for 35 years.

Is Tammy Baldwin a lesbian?

Yes, Tammy Baldwin is a gay woman. When she was elected to the US House of Representatives in 1998, she was the first openly gay politician to do so.

No, Tammy Baldwin is not married. She lived with her partner, Lauren Azar, for fifteen years, and the two registered as a domestic couple in 2009. Tammy Baldwin and Lauren Azar ended their partnership a year later in 2010.

How old is Tammy Baldwin?

When is Tammy Baldwin up for re-election?

Tammy Baldwin’s current term in the US Senate will end in January of 2023. If she secures the VP nomination and the team of Biden/Baldwin wins the White House in November, Senator Baldwin will concede her seat at that time, causing an immediate election process to replace her.