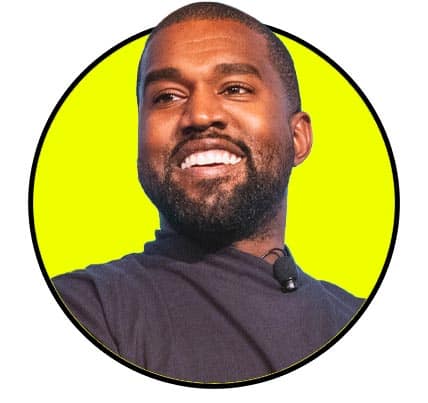 Who Is Kanye West?

2020 Presidential Election Update (11/4): Kanye West was only on the ballot in about 11 states, and he claimed only a few hundredths of a percent of the vote nationwide. West conceded the election on Wednesday afternoon.

Kanye West is a billionaire, fashion designer, and musician, and on July 4, 2020, he declared his intentions to run for President of the United States. Although he has already missed filing deadlines in a handful of US states, he has now begun that process as an Independent candidate for President of the USA in 2020. Political sportsbooks and election experts alike are taking his candidacy seriously.

West has no political experience under his belt but has been vocal on many issues in the past. His spouse, Kim Kardashian West, is also outspoken regarding many political and social topics, and their combined wealth and fame grants them a considerable amount of influence across many arenas.

Our guide to wagering on Kanye West’s Presidential election chances for 2020 will detail his potential for attaining the Oval Office and will discuss what his current betting odds suggest regarding his chances. We’ll also cover his background, and what he brings to the table as a 2020 Independent Presidential candidate.

Kanye West has been a strong supporter of Donald Trump dating back to 2015 and has indicated that he still supports him as recently as May of 2020. West has also advocated for the Black Lives Matter movement, a position he shares with Democratic Presidential nominee, Joe Biden. At this time, West has not produced a list of initiatives that his campaign will support, making it difficult to declare what his voter base will consist of. He has filed in at least one state as an Independent candidate and has also declared that he is a member of the Birthday Party (BDY).

What are Kanye West’s Odds Of Becoming the next President of the USA?

Although political sportsbooks were quick to place West on the board, his Presidential election odds are very low to be voted in as the next President of the United States. However, 2020 has been a wild year so far, and considering the current political and social climate, anything is possible.

When Donald Trump first announced his intentions to run for President, he was a long shot as well, and ended up delivering a surprising defeat to DNC candidate Hillary Clinton. Although West’s candidacy seems absurd at first glance, don’t make the mistake of dismissing him, as he has a ton of campaign money and the potential to draw enough support to make an impact at the ballot box.

Can I Bet On Kanye West Now?

Offshore sportsbooks are taking wagers on Kanye West’s chances at attaining the Presidency now. Whether a bet is placed at this time is entirely dependent on the individual placing the wager. If you think West will win the Oval Office in November, then now would be the time to place a wager because his odds are so low. If he gains momentum, his odds of winning will increase which will create a lower payout.

How much can I win if I bet on Kanye West?

The lowest odds on the board for Kanye West to win the 2020 Presidential election +10000 at BetOnline sportsbook. How much you can win depends on the maximum bet that is allowed to be placed on West. BetOnline has set a maximum bet of $100 for West, which will earn $10,000 if he wins in November.

What The Current Odds Suggest Regarding Kanye West’s Chances Of Winning?

Some political sportsbooks have Kanye rated as the third most likely option for winning the Presidency in 2020, but all betting sites have his money line odds listed at +5000 or higher. Converting these odds to their intrinsic value suggests that he has less than a 2% chance of winning in November, but it also creates for a massive payday if a wager is placed on him and he wins.

Will Kanye West win a state in the 2020 Election?

Will Kayne West participate in any election debates?

Kanye West was born in Douglasville, GA in 1977. His parents divorced when he was three years old, and shortly after, he moved to Chicago, IL with his mother. West moved to China at the age of ten when his mother accepted a teaching job.  West became fluent in the Chinese language but has forgotten almost all of it over time.

In grade school, his mother noticed that he had a heavy interest in music, and assisted him in those endeavors by purchasing studio time for him to record the songs he had created. Through these efforts, West made many valuable contacts in the industry that would later aid him in attaining a career in music production.

After working in music production for several years, Kanye dropped his first album in 2004. He has since gone on to an incredibly successful music career and has parlayed that into becoming a fashion model, as well as creating a shoe company, Yeezy, LLC.

According to West, he made A’s and B’s throughout college, which earned him a full scholarship to Chicago’s Academy of Arts. He later transferred to Chicago State University where he studied English until he dropped out at the age of 20 to pursue music full time. His 2004 debut album was aptly titled “College Dropout.”

Kanye West has never been elected to a political office and enters the 2020 Presidential election race with the same amount of experience that Donald possessed in 2015. Like Trump, West is a billionaire and has the potential to wield significant influence in a political arena. West has already garnered the support of SpaceX CEO Elon Musk and has made an appearance in the Presidential election odds for 2020, so perhaps his candidacy has legs. He has filed as an Indenpendidate candidate for the Presidency in 2020.

The Western Conservative Summit is a meeting of major players in the realm of conservative politics that has gathered annually in Denver, Colorado

Political pundits in the United States are now geared up once again in fear that former President Donald J. Trump may just be plotting a back door

“I was never really good at anything except for the ability to learn.” – Kayne West

Because Kanye West has never held political office, his policies have not been declared in an official capacity. In the past, he has criticized the United States’ foreign policy, so it could be assumed that he has an anti-war stance.

His music contains heavy Christian sentiment, but just how that relates to his political policies is entirely uncertain. He has expressed concern over China’s rise in global economic power and has cited a need for jobs to return to the United States, so perhaps Nationalism will be a part of his campaign.

West recently donated $2 million to the daughter of George Floyd, an African American who was murdered while in the custody of the Minneapolis Police Department, so it can be assumed that police reform will be a one a focus of his efforts, whether he is elected or not.

West has also declared that he suffers from bipolar disorder, so mental health awareness could be a key component on his list of policies.

“People always say that you can’t please everybody. I think that’s a cop-out. Why not attempt it? ‘Cause think of all the people you will please if you try.”

“Nothing in life is promised except death.”

“My greatest pain in life is that I will never be able to see myself perform live.”

Kanye West has yet to set up a campaign website so for now, the best way to reach out to him is through his various social media platforms.

How old is Kanye West?

How tall is Kanye West?

Kanye West is 5’8” tall, one inch beneath the average male height in the United States.

How much is Kanye West worth?

Where is Kanye West from?

Kanye West was born in Douglasville, Georgia in 1977. Douglasville is situated just to the west of Atlanta. He moved to Chicago, Illinois at the age of 3.

How many kids does Kanye West have?

Who is Kanye West married to?

Kanye West is married to reality television star and fashion mogul Kim Kardashian West. Combined, the two are worth over $2 billion.

How did Kanye West’s mom die?

Donda West passed away in 2007 at the age of 58 due to heart complications that arose from elective cosmetic surgeries. California Governor Arnold Schwarzenegger passed the Donda West Law in 2008 requiring that medical clearance be granted by a physician prior to receiving an elective surgery.

What religion is Kanye West?

West has referred to himself as a Christian, and has expressed his belief in Jesus Christ often, but does not belong to any organized religion.

What happened with Kanye West and Taylor Swift?

During the 2009 MTV Video Music Awards, Kanye West rushed the stage and commandeered the microphone during Taylor Swift’s acceptance speech for Best Female Video for her hit, “You Belong With Me.” West thought that Beyoncé should have won the award, and he couldn’t help but steal the moment from Swift to let the world know. 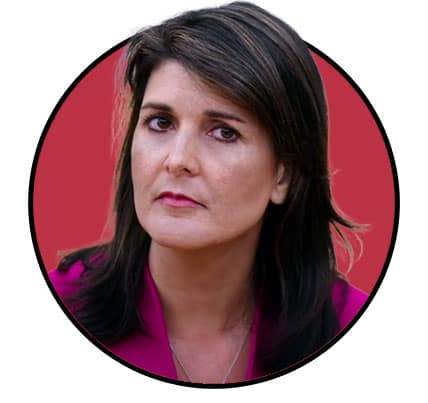 **This page is not intended to be a public endorsement. Our only goal is to inform bettors of the current odds found online. Our team strives to provide transparent information that reflects the best qualities of the candidate. Odds and other information provided on this page should only be used to make an informed betting decision.