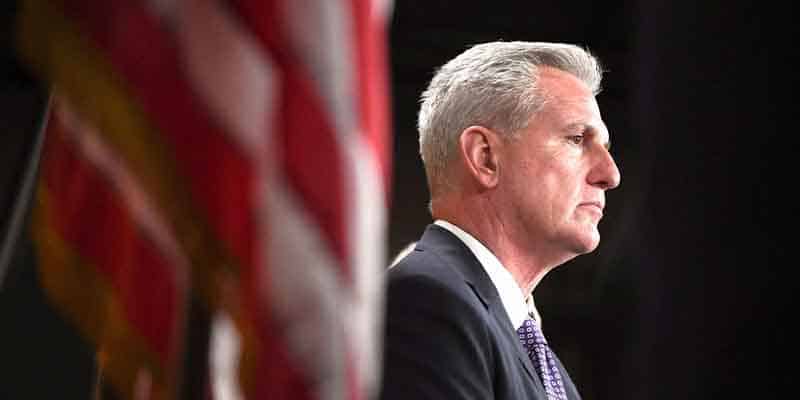 Yesterday, House Republicans failed to elect a new speaker despite voting three times. It is the first time since 1923 that a House Speaker was not elected on the first round of voting.

Instead of celebrating their 2022 midterm win in the US House with unanimous support for a new Speaker, camps are split with many unwilling to change their vote.

Former House Minority Leader and Speaker Kevin McCarthy entered 2023 with support from many of his GOP allies, but there were whispers of unrest circulating the Congressional chambers leading up to the initial vote.

US House Speaker Voting – Round One

US House Speaker Voting – Round Two

US House Speaker Voting – Round Three

An intriguing piece of data reflected above is that 212 House members have voted for Representative Hakeem Jeffries in all three rounds of voting,

Rep. McCarthy now has next Speaker odds posted for US House betting at online sportsbook sites, and the over/under is set at 204.5 total votes.

Kevin McCarthy Odds For Round 4 Votes

In order to win money by betting on Kevin McCarthy’s odds for how many votes he’ll receive to become the House Speaker in the fourth round, gamblers will need to correctly select whether the final tally will be 204 or less, or 205 or more.

Because the over/under is fractional, there is no chance for the result to be a push. There will be a definitive winner or loser on the above prop bet. The odds do suggest a slight increase in overall support for McCarthy, so perhaps he is gaining some momentum.

There are also political futures for the next US House Speaker which includes some familiar faces but also throws in several oddball candidates, including some from the Democratic Party.

Next Speaker Odds (US House)

McCarthy is holding a strong lead in the moneyline odds to win, with a 25o point lead over Representative from Louisiana Steve Scalise who has yet to have a vote cast in his direction.

There are also odds for betting on Donald Trump to become the next Speaker of the US House, a move that would not defy any current rules or regulations. That’s not to say the election of Trump, or any other non-House member, wouldn’t be controversial.

It’s never happened before, but with House Republicans deadlocked, they could decide to get creative. There’s simply nothing in the US Constitution that says the United States Speaker of the House must be a sitting member.

That said, Trump’s odds are set at +3300, indicating he has very little chance of success. Besides, he’s already declared his candidacy for the 2024 Presidency and will be campaigning for the better part of the next two years.

Allies of Rep. McCarthy are hoping for an adjournment today without a 4th vote, but there is a chance the process could go forth this afternoon. That said, make haste in placing your political bets if you want to get in on this action.