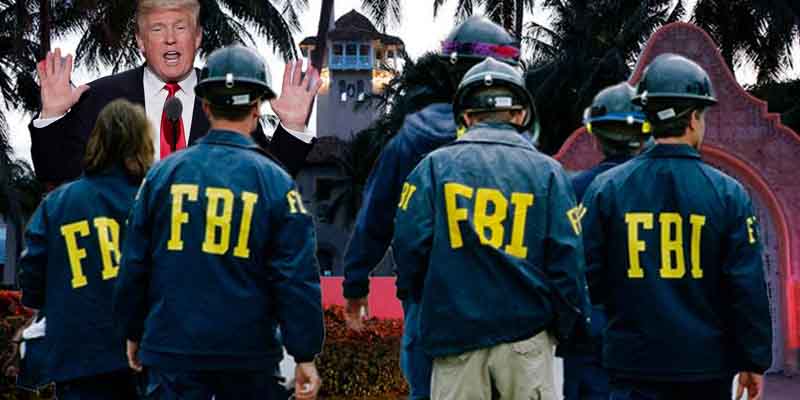 One element of betting on political election outcomes that we always warn against is the potential for the odds to shift overnight. A candidate may seem like a sure bet until indictments are handed down, a controversy arises, or in the case of former President Donald Trump, the FBI raids your palatial estate in Florida looking for classified documents.

The odds for betting on Donald Trump to win the Presidency in 2024 have placed him as the leading candidate for months now, but Florida Governor Ron DeSantis has been trailing closely behind. The two serve as options 1a and 1b for the Republican Party, with either projected to win easily in 2024 should the other drop out for any reason.

Following yesterday’s raid on Trump’s Mar-a-Lago estate by the FBI, the election odds flipped in DeSantis’ favor for the GOP’s nomination and for becoming the next POTUS in 2024.

Republican Nominee For The 2024 Election

Odds To Win The 2024 Presidential Election

The above betting lines are posted at BetOnline right now and offer sizable profit potential for all candidates listed. The action over at Bovada Sportsbook favored Trump this morning, but early this afternoon, DeSantis climbed into the top spot by a very slim margin.

Should political gamblers bet on Ron DeSantis right now? The time to lay some action on DeSantis’ odds to win the 2024 Presidency would have been before the onset of the January 6 hearings, which place Trump’s qualifications for reelection into question.

However, Trump is still listed as the most likely GOP nomination for 2024 at Bovada, so perhaps the time is now for betting on DeSantis to become the official Republican Party candidate.

Both MyBookie and BetUS have either locked their 2024 Presidential Election odds or removed them altogether until the smoke clears from the Mar-a-Lago raid.

Online gamblers have already made clear that they believe there could be dire consequences that result from the raid that place Trump’s political future at risk. Bettors would be wise to keep in mind that “Teflon Don” is incredibly adept at side-stepping legal challenges and coming out unscathed, no matter how high the cards seem to be stacked against him.

If Trump remains eligible to run for office following the conclusion of the January 6th Capitol Attack hearings, expect him to regain his lead in the betting odds and at the polls.

That said, betting on Trump over the next few days might be a good idea if you believe he will win in 2024. His odds to win will not likely dip much lower unless the raid produces incriminating evidence that sticks.

The results of the January 6 hearings and the Mar-a-Lago FBI search have the potential to impact the odds for betting on the 2022 midterm elections as well. The Democratic Party and President Joe Biden are attempting to compile enough wins to parlay them into a blue wave this November.

For now, Americans must wait to see what the FBI raid uncovers before making any drastic assumptions regarding the 2022 midterms and 2024 Presidential Elections.