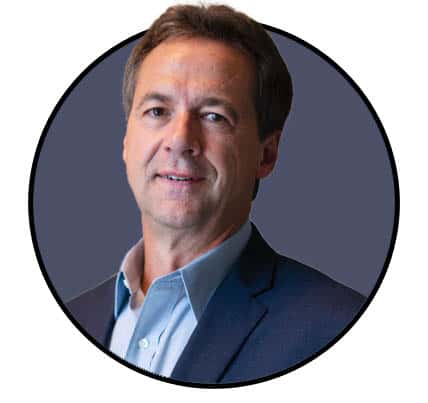 Who Is Steve Bullock?

Steve Bullock is a 53-year-old Democratic Montana Governor who has served as the state’s Governor since 2013. He was born in Missoula, Montana and has been married to his wife Lisa Bullock since 1999 and has three children with her. On May 14th, 2019 Bullock announced his run for the Presidential candidacy of 2020.

At this time, we can only speculate what Bullock target base may be. As his campaign progresses we will revisit this section and update it with more accurate target voters:

Odds For Steve Bullock To Win The 2020 Presidential Election

There are no odds available for Steve Bullock at this time.  According to the sportsbooks we recommend no betting lines for Steve Bullock to win the 2020 election are available as of yet. However, if he shows future potential to make himself a known candidate, bookmakers will likely provide odds for him to face Trump.

Oddsmakers do not believe at this time that Steve Bullock has a chance to win the Democratic nomination as they have not provided Dem Nomination odds for Bullock yet. The current field of Democratic candidates is too large, and nominations are typically given to the most outstanding candidate that is likely to challenge Trump.

Can I Bet On Steve Bullock Now?

Normally, you can wager on any declared Presidential candidate pretty much throughout the entire campaign season, pouncing on favorable odds as they fluctuate along the trail. Candidate futures almost always offer the most bang for your buck and are the recommended way to wager on politics.

However, that’s not the case with Bullock right now, as no major political betting site has him featured on their DNC nominee or Presidential odds boards. Bullock is not considered a credible candidate in the Democratic field, likely because he entered the race late and has not been featured prominently in the DNC debates. If you want to wager on Bullock, you will have to wait until his odds are actually posted by a reputable betting site.

The lack of betting lines and odds for Steve Bullock means that bookmakers have little faith in this candidate to steal the show from other more notable and long-standing candidates.

Steve Bullock is currently running his 2020 Presidential campaign on the foundation of Overturning Citizens United, banning Super PACs, blocking foreign meddling in U.S. elections, ending trade embargos with Cuba, supporting DACA recipients, supporting the LGBTQ community, and abortion rights, reducing Tariffs, increase jobs, expanding Medicaid, and banning assault weapons, as well as, re-entering the Paris Climate Agreement. Bullock is running on a platform of being a Moderate Democrat who has succeeded three times in a red state showing his bipartisanship will produce results.

Bullock is known as a pro-choice politician as he vetoed two bills in 2017 aimed at restricting late-term abortions. Bullock also advocated for maintaining Montana’s ban on corporate expenditures in elections, steered the DISCLOSE Act, signed an executive order creating a habitat conservation plan for sage-grouse in Montana, and opposed a law which would have required state agencies to verify individuals requesting services were US citizens through a national database. More details on how Steve Bullock stands on the issues can be found through various public politician-voting record sites.

He ran for the MT Attorney General seat and lost in 2000. Afterward, Bullock practiced law in D.C. and served as an adjunct professor at George Washington University Law School. In 2004, Bullock returned to Montana and worked in private practice. In 2008, Bullock won the race for Attorney General. In 2011, Bullock ran for state Governor and won; he also won his reelection campaign in 2017.

There is no record to be found online of Steve Bullock’s civic work, volunteerism, or social activism. However, this does not mean that Bullock has never participated in these activities, rather than at this time, the information cannot be found by our team.

As Governor Bullock participated in part of the state’s significant modernization of sports gambling. However, how he did it is suspicious. The governor was presented with two sports gambling bill in 2019 one he signed into law the other he vetoed. The bill he signed into law allowed the state lottery to monopolize betting activities and operations in the state. The bill which was rejected would have opened a free market for businesses to enter. Bullock was quoted explaining his decision, “For the market to succeed, Montana needs to enter the sports wagering market conservatively-adopting only one of the two models now. If in two years, the market can tolerate more entrants, then I fully expect the legislature will revisit whether a second model is prudent for our state…I have spent a great deal of time considering the pros and cons of both systems. Ultimately, however, the Lottery model makes more sense for Montana.”

How Much Can I Win If I Bet On Steve Bullock?

Since no odds are available for Bullock, an accurate prediction on winnings cannot be made. However, since he is such a longshot candidate, even a small bet could result in a huge payout once his chances are presented by oddsmakers.

Top 5 Reasons Steve Bullock Could Get Lost In The Crowd