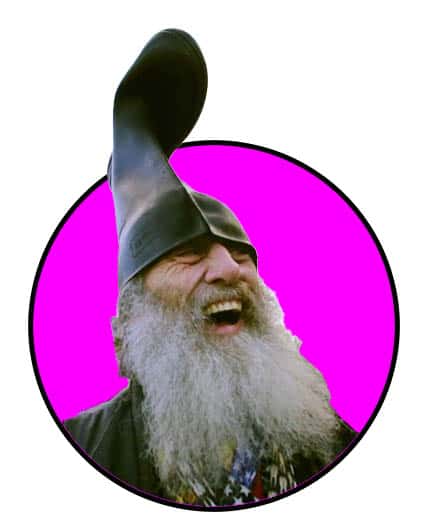 Who Is Vermin Supreme?

That’s a little like asking “Who is John Galt?” but we’ll do our best to answer it. Vermin Love Supreme is a man. But he’s also a legend. A myth. An idea. Mostly, of course, Vermin Supreme is a performance artist and activist, notable for his giant beard and the rubber boot he wears as a hat. Supreme uses his platform to highlight the absurdities of the US political system and politics in general. He often refers to himself as the “friendly fascist” because he’d make a law to mandate that everyone brush their teeth.

You might occasionally find Vermin Supreme political props at the best election betting sites online, but you probably won’t. Even though Supreme has won several third-party primary elections – including a pair for the Libertarian Party in 2020 – he is never going to be President. Like Mickey Mouse with better headgear (sorry, Disney fans, but it’s true), Vermin Supreme has become a protest vote – a popular write-in candidate for those who are unimpressed with their official options.

Of course, even if you can’t wager on Supreme, you can use these supreme election betting sites to gamble on a host of political odds and lines for more credible candidates (though the Verminator seems about as credible to us as anyone else running for office).

You cannot currently find any Vermin Supreme 2024 odds, as he’s not a credible candidate in the traditional sense. Ironically, since this is actually VLS’s fifth time running for President, he’s one of the most prolific Presidential candidates in US history, and he has come to dethrone The Mouse as the leading protest vote in America (which is fitting, given that mice are vermin, too – so at least he’s keeping it in the family).

However, if you ever do come across Vermin Supreme betting lines, they will likely be in the form of side bets or props, like whether or not he’ll get more than 1000 write-in votes in the general election and things like that. Don’t expect to find these anywhere anytime soon, of course.

Vermin Supreme ran for the Libertarian Party nomination in 2020, but there were no betting lines for him (or for any Libertarian candidate, which you won’t see on the boards until the 2020 Presidential election odds are solidified for the general closer to November). ‘

Had you actually been able to find Vermin Supreme New Hampshire odds, you might have made a mint, though, because he actually won Bernie Sanders’ state by a wide margin. Ditto for Vermin Supreme Massachusetts odds, as he won his home state, finishing right under “No Preference.”

Can I Bet On Vermin Supreme Odds Now?

Unfortunately, there are no Vermin Supreme odds available online at the moment, and there are unlikely to be any this election cycle. That said, you can wager on lots of different election odds and political betting lines at offshore sportsbooks, and Supreme is likely to make another run at the Oval Office in 2024, since he’s only 59 years old (even though he looks like he’s 159).

What Are Vermin Supreme’s Chances To Be Elected President in 2024?

Zero. Nil. Zip. These are the same chances he’s always had to hold the highest office, and if he ever won a White House residency, we have no idea what he’d actually do. Resign, probably. Or paint the place pink.

How To Vote For Vermin Supreme

While you can’t bet on Vermin Supreme for President, you can certainly still vote for him. To do that, simply forego selecting one of the main candidates listed on your ballot and instead write Supreme’s name on the line provided. All states allow write-in votes, but not all states count them. That’s democracy in action, folks!

“I’m a friendly fascist. I’m a tyrant that you should trust. And you should let me run your life because I do know what is best for you.” – Vermin Supreme

Vermin Supreme’s main political platform is usually a sidewalk curb, where he stands with a bullhorn and tells American voters that we need to make better sandwiches and other important things like that. Otherwise, Supreme – in his more serious moments – is vocally anti-war, anti-state, and anti-authority.

Supreme is, in a word, an anarchist, which he describes as a responsibility to provide “mutual aid and support and care to our fellow citizens.” He also supports organ donation, having donated one of his kidneys to his mother in 2006.

Vermin Love Supreme grew up near Boston, MA, where he attended Gloucester High School, graduating in 1979. He then went to an art college in Baltimore, but he dropped out and became a local band manager for various indie acts in the area.

Vermin Supreme, by volume, is one of the most prolific candidates in US history. He has been running for President since 2004, and he’s been running for various political offices since 1987. In 2018, Supreme ran for Governor of Kansas. Despite all this, of course, Supreme has never held public office.

There is no record of any outsized civic work in publicly accessible information on the candidate, but Supreme’s constant activism has done tremendous social good and stands on its own. If you don’t want to wear a big rubber boot on your head and grow out an epic beard, you haven’t been paying attention.

Gambling does not seem to be part of Vermin Supreme’s political platform, but in an all-pony America, we reckon that he’d be all for small mom-and-pop casinos and gambling halls. At the very least, he ought to support saloon style poker games for real money.

Vermin Supreme has run for President five separate times now, and his party affiliation has changed over the years. Information about his races are included below:

You better believe it.

Where does Vermin Supreme live?

Vermin Supreme lives in Rockport, Massachusetts. We think. Nobody knows for sure.

What is Vermin Supreme’s real name?

Vermin Love Supreme is the candidate’s full legal name, which he adopted sometime in the 1990s. His “real name” is a mystery to all but those closest to him, and the Internet isn’t talking. However, we have it on good authority that his birth name was, in fact, Varmint Happy Fantastic.

Where can I get Vermin Supreme merch?

Right now, Vermin Supreme is no longer running for President in 2020. However, you can be sure he’s going to run again in 2024, so stay tuned!

How long has Vermin Supreme been running for President?

The Vermin Supreme 2020 campaign marked the fifth time the candidate has run for President of the United States. He has run in every election since 2004.