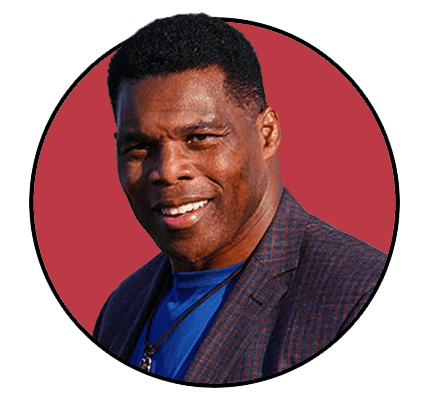 Former University of Georgia Heisman Trophy-winning running back Herschel Walker was not thought of seriously upon first announcing his interest in attaining office. The Herschel Walker Senate Race odds for 2022 now leads all other potential candidates, and online political sportsbooks are accepting bets now. A future Senator Walker could swing the majority back into the hands of the GOP in 2022, but will he win?

Who Is Herschel Walker?

Celebrated college football and NFL running back Herschel Walker is the leading political election odds-getter as the Republican Party candidate for Georgia’s US Senate seat that is up for grabs during the midterm election cycle of 2022.

Walker has never been elected to office before, but he is leading the US Senate betting odds and is expected to be a part of the new GOP majority that takes power in 2022.

Herschel Walker is a devout Christian that mostly adheres to Trump’s ideologies, and his former playing days with the Georgia Bulldogs should secure him a few votes from regional college football fans.

Herschel Walker’s Election Odds For The US Senate

While Walker’s bid for the US Senate may have seemed like a joke to some analysts at first, he was briefly positioned as the top candidate and was favored to defeat incumbent Raphael Warnock in political prop bets until recently. Now, Senator Warnock holds a slim lead over Walker following televised debates where Herchel did not fare well. The below Georgia Senate odds still offer plenty of hope for Herschel Walker to win, as his moneyline is featured in the negative at the moment.

2022 Midterm Election Odds For The US Senate

The GOP is positioned in the midterm election odds to retake the majority in the US Senate after a 2-year power loss to the Democratic Party. Herschel Walker will be a part of that power shift in the US Senate if and when he unseats incumbent Raphael Warnock.

The following political futures odds reveal that the DNC are massive underdogs for the 2022 midterm elections.

Which Party Will Control US Senate After The 2022 Midterm Election?

Herschel Walker was able to outlast the following Republican Primary candidates for Georgia Governor in 2022 and secure the GOP nomination, proving that his candidacy for office has legitimacy.  Below are the results of the 2022 GOP Primaries for GA Governor.

The general election participants have been decided, and now it is down to incumbent Senator Raphael Warnock (D) and Herschel Walker (R). Georgia election odds currently favor Sen. Warnock, but his lead is narrow, which indicates the potential for a close race in November of 2022. Just like in the 2021 Georgia runoff elections, the US Senate balance of power is at stake as the chamber includes 50 members from each party.

Walker has not announced any intentions to run for Governor of Georgia in 2022 and is currently focused on winning his election to the US Senate and removing Senator Warnock.

David Perdue was ousted from office during the 2020 Georgia runoffs by DNC member Jon Ossoff, and he was the top dog in the Gubernatorial betting odds posted for the 2022 Georgia elections but lost the GOP nomination to incumbent Brian Kemp.

Can I Bet On Herschel Walker Now?

Yes, and we suggest political bettors consider doing so as soon as possible. The reason for that is Herschel Walker’s odds of winning Georgia’s US Senate election are hovering near even, and he has the chance to surge well ahead of his opponents as the Republican Party is expected to turn up big at the ballot box in November of 2022.

Since Herschel Walker is favored to win, his US Senate election betting odds are listed in the negative, meaning that more money will have to be risked that can be won.

The same cannot be said for his odds for Gubernatorial betting because he has a remote chance of winning. That’s largely due to Walker not declaring his candidacy for Georgia governor in 2022, and expectations are microscopically low that he will do so.

Popular election outcome forecasting website PredictIt correctly projected an 85% chance of Herschel Walker winning the Republican Primary for the Georgia US Senate elections in 2022. PredictIt is posting a 54% chance of the GOP winning the US Senate race.

They had previously granted him a 1% chance of becoming GOP’s next primary winner to move on to the general election for Governor of Georgia in 2022.

The Georgia US Senate election odds for Herschel Walker are unfavorable when compared to those of Senator Warnock but represent a 51% of winning his election once all votes are tallied in November of 2022. While that may seem promising, Raphael Warnock’s odds of winning translate to a 57% probability of success.

His Gubernatorial chances were less than 2% according to the betting odds for the next Georgia Governor, but those odds vanished once it became clear he would not declare himself a nominee.

While most 2022 state Governor elections feature odds that suggest a blowout victory, there are some lines for betting on Gubernatorial elections

How Much Can I Win If I Bet On Herschel Walker Now?

Herschel Walker is an outstanding athlete that won the Heisman Trophy and also was a part of a national championship team during his time at the University of Georgia. He followed up his NCAAF career by playing his first three pro football seasons with the USFL’s New Jersey Generals and then competing in the NFL for 12 years.

Walker has competed in mixed martial arts and has also made appearances on reality television, including Donald Trump’s Celebrity Apprentice in 2009. Herschel Walker is now running for US Senate in Georgia as a member of the Republican Party and has received the endorsement of President Donald Trump.

Although Herschel Walker played for the University of Georgia for 3 seasons, he never completed his studies and received a degree from UGA.

Walker opted to abandon his studies and earn a paycheck in the United States Football League (USFL), a burgeoning pro football association that allowed for players to be drafted after their junior year, whereas the NFL still required draftees to complete all four years of their education.

Co-Chair of the President’s Council on Sports, Fitness, and Nutrition (2018 – Present)

Although Walker has not come out strongly in opposition or in favor of gambling, in 2012, he was in the early planning stages to open a sports bar in a proposed Georgia gambling district that never received legislative approval. With that said, it can be assumed that his stance toward gambling is favorable. 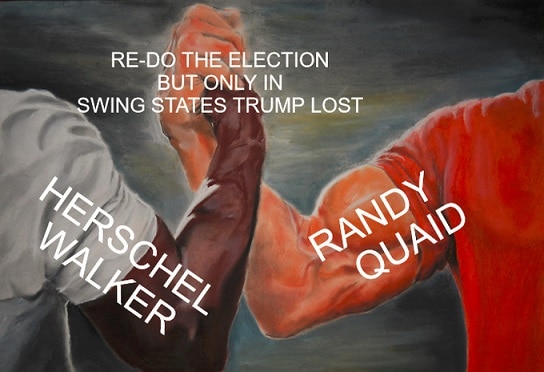 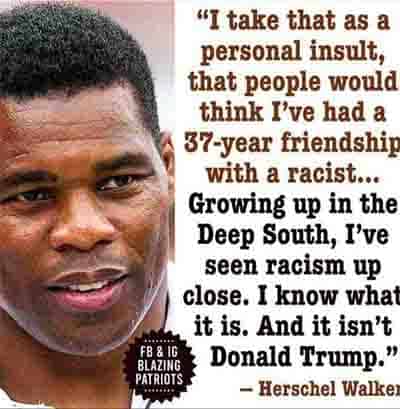