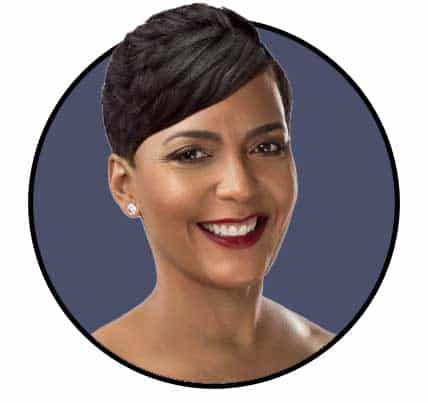 Atlanta Mayor Keisha Lance Bottoms has been announced by Joe Biden’s campaign as one of the final four Vice-Presidential candidates. Her inclusion in the final four comes as a surprise to many as she was not featured as a betting option on political sportsbooks until the announcement.

Mayor Bottoms is currently ranked fifth amongst all VP potentials, and fits the demographics of Biden’s other potentials, being an African American woman. She has also been a vocal critic of President Trump in the past, lauding him for his lack of sympathy for refugees and his divisive responses to unjust police brutality against African Americans.

Although Bottoms is a late addition to the betting odds, she has a high likelihood of becoming the nominee, and currently features odds that will provide a huge cash payout. Once Joe Biden announces his VP nominee, the betting odds will disappear, so get in on the action before that happens.

Who Is Keisha Lance Bottoms?

After practicing as an attorney, and serving in a judicial capacity for several years, Keisha Lance Bottoms was elected to the Atlanta City Council serving the 11th District. She served in that role for eight years before her successful run to become the 60th Mayor of Atlanta, Georgia. Bottoms is registered with the Democrat party and is a strong believer in the transparency of all politicians and has made that a focal point of her Mayoral tenure.

Odds For Keisha Lance Bottoms To Be The Vice President Nominee

Can I Bet On Keisha Lance Bottoms Now?

Political bettors that are interested in placing a wager on Keisha Lance Bottoms’ VP nomination odds should do so as soon as possible because Joe Biden could announce the nominee at any time. Once the announcement is made, the odds will disappear along with bettor’s chances of earning a cash payout. Mayor Bottoms’ odds are very low considering she is in the final four contenders, so take advantage now.

How Much Can I Win If I Bet On Keisha Lance Bottoms?

One piece of advice we give to all election bettors is to shop the odds at multiple political sportsbooks to secure the most advantageous payout. At the moment, Bovada features the lowest odds on Bottoms to become the Democratic VP nominee at +1800. That means that a wager of $100 will earn $1800 if she becomes Biden’s running mate, which is $400 more than you’ll earn at other top sportsbooks.

Outside of her collegiate years, Mayor Bottoms has called the city of Atlanta, GA home since her birth in 1970. Her father is Major Lance, a professional R&B singer and songwriter whose most popular song, “Um, Um, Um, Um, Um, Um,” peaked at #5 on the Billboard Top 100 in 1964. After graduating from Frederick Douglas High School, she went on to study at Florida A&M University.

Amid the continuing protests over unjust police brutality, Rayshard Brooks was shot and killed in an Atlanta Wendy’s parking lot. Brooks had been sleeping in his car and was unarmed. A cordial exchange of words between Brooks and two members of the Atlanta P.D. tuned violent after he was suddenly placed under arrest.

Brooks tried to flee but was shot twice in the back and then violently kicked by a police officer, all captured on camera by bystanders and security feeds. Mayor Bottoms quickly spoke out against the police department’s poor judgment and she instantly became a leading figure of police reform, while also catching the attention of Joe Biden’s campaign as potential VP selection.

Why Keisha Lance Bottoms Could Be The Democratic VP Pick

As mentioned earlier, Bottoms became a national political figure in the wake of Rayshard Brooks’ murder by the Atlanta Police Department. Joe Biden’s campaign has been leaning towards the selection of an African American female, and Bottoms is the mayor of Georgia’s largest city. Bottoms could aid in securing Georgia’s 16 electoral college votes for Biden’s reelection efforts in 2020.

What is Keisha Lance Bottoms’ Age?

Atlanta Mayor Keisha Lance Bottoms was born on January 18, 1970 and is 50 years old.

Keisha Lance Bottoms can be reached via her Atlanta City Hall email address at kbottoms@atlantaga.gov.

What was wrong with Mayor Bottoms’ mac and cheese?

When Mayor Bottoms posted her Christmas feast on Twitter, critics came out in droves to deliver harsh words regarding her mac and cheese recipe. She made the mistake of thinking shredded cheese would suffice, but mac and cheese afficionados were outraged at the lack of cheese sauce.

Mayor Bottoms wed Derek Bottoms in 1994 after meeting during law school at Georgia State University. The two of them have adopted four children, a daughter and three sons.

What is Keisha Lance Bottoms’ net worth?

Although there has been no official release of a net worth estimate for Atlanta Mayor Bottoms, her 2015 tax returns reveal an annual combined salary for her and her husband of $196,000.

What religion is Atlanta Mayor Bottoms?

Keisha Lance Bottoms is devoutly religious, and attends a non-denominational Christian church in the Atlanta area.