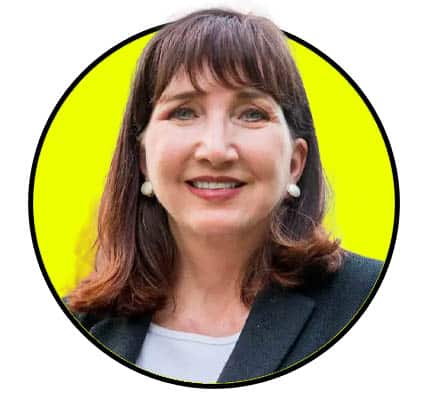 Who Is Jo Jorgensen?

2020 Presidential Election Update (11/4): Jo Jorgensen earned roughly 1.1% of the national vote in the 2020 Presidential election, though she may have played spoiler in a few crucial swing states by cannibalizing the GOP vote enough to alter various outcomes in the Democrat Party’s favor.

Jo Jorgensen is best known as one of the Libertarian Candidates running for President in 2020.  You may not have heard of her before, but that’s only because there’s been so much attention in the media focused on covering the odds for 2020 Presidential candidates that are considered more prominent. Unfortunately, she has also been largely ignored at political sportsbooks, making it difficult to find ways to bet on Jo Jorgensen’s Presidential odds.

Perhaps 2020 is the year where that changes because the nation seems ripe for a new voice, one that is not a wealthy male above the age of 70. Jorgensen fits the bill in all of those departments and offers views that differ greatly from Republican candidate Donald Trump and Democratic candidate Joe Biden that deserve to be heard on the debate stage. If she can manage to get her name and message out there, she could make some noise in the 2020 Presidential election.

Odds For Jo Jorgensen To Win The 2024 Presidential Election

Although she is logistically the third or fourth possible choice to become the next President of the United States, Jo Jorgensen is not featured in the betting odds because of her third-party, Libertarian status which doesn’t award her any national attention from the media or otherwise. If Jorgensen can get more attention nationally, then perhaps she will appear as an option in the betting odds. Odds for third-party candidates have been featured in past elections, however, those candidates were more well known.

Can I Bet On Jo Jorgensen Now?

There are several Presidential prop bets available to wager on at top political sportsbooks, but none of them feature Jo Jorgensen as an option at the moment. She is so far off the radar of political pundits and oddsmakers that she is not yet being considered as a legitimate option, even behind potential contenders that have not even declared their intention to run for office.

Based on current Presidential betting odds, Jorgensen’s chance of winning the Presidency are zero. She is not appearing as a betting option, which means that despite being the Libertarian candidate for President, she will not make a significant enough impact at ballot boxes in November to consider her as an option.

According to prediction market analyst website PredictIt, Jo Jorgensen has a 1% chance of winning, and rates just above Kanye West as the penultimate choice. Although she has a similar logistical chance at attaining the number of votes that West does, he is featured in the betting odds because of his popularity, and potential to attract wagers. No one expects Jorgensen to do any damage this election, so there’s not much interest in producing her as an option in betting lines.

“In my first day of office, I would immediately start bringing the troops home.” – Jo Jorgensen

Jorgensen opposes the war on drugs in the United States and is in favor of the removal of many drug-related laws. She supports a plan that would allow Americans to opt-out of Social Security. Jorgensen believes in the right to bear arms, but also aims to demilitarize the police.

Jorgensen endorses open-border immigration, as well as free healthcare for all. Her plan would include the vetoing of any bill that would put the budget further into deficit, and would also allow for free trade with other nations that would increase revenue and jobs.

Although Jo Jorgensen has never been elected to office, she does have experience campaigning for election. In 1992, she ran as a Libertarian candidate for South Carolina’s 4th Congressional District seat in the US House. She was only able to capture 2.2% of the vote.

Following high school, Jorgensen studied psychology at Baylor University in Waco, Texas, receiving her B.S. in 1979. She continued her studies at Southern Methodist University in Dallas and received a master’s degree in Administration in 1980. She worked in the private sector for 20+ years and eventually earned a Ph.D. in psychology from Clemson University in South Carolina, where she works as a tenured professor today.

Jorgenson has not spoken out or gone on the record regarding gambling or sports betting. Generally speaking, Libertarians do not want to infringe on the rights of other people as long as the activities do not harm anyone. That said, Jorgenson would likely be in favor of gambling and sports betting as long as the fiscal benefits were significant.

How Much Can I Win If I Bet On Jo Jorgensen?

No money can be wagered on Jorgensen at this time because there are no odds or prop bets that include her as an option. That means that no payouts can be collected on her Presidential election chances at this time. Perhaps she can gain enough steam to earn a spot on the debate stage. If that happens, she’ll at least inspire some debate related prop bets that’ll allow for betting on Jorgensen.