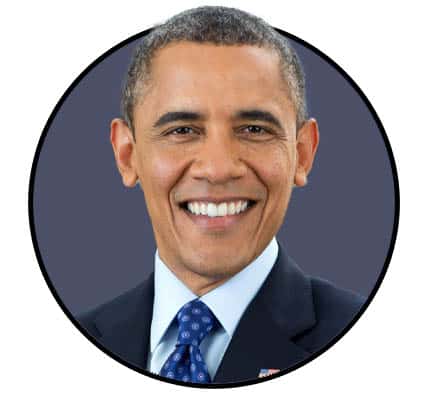 Who Is Barack Obama

Barack Obama was the 44th President of the United States of America and was elected to serve two terms in the highest office in the nation. He has served in the US Senate and Illinois State Senate and is an attorney by trade. President Obama has not expressed any interest in resuming his political career, but since his former VP Joe Biden is the presumptive Democratic Presidential Candidate, the potential is there to join the ticket and try to defeat Donald Trump in 2020.

Can I Bet On Barack Obama Now?

Yes, those that are interested in placing a wager on Barack Obama’s Vice Presidential odds can do so right now, and considering the limited time-frame involved, bets should be made sooner than later. Joe Biden could make his VP selection at any time, and once that happens, the opportunity to bet on the nominee will vanish. Obama’s chances of becoming the VP candidate are ridiculously low, but if you’ve got a hunch that he’ll secure it, then there is potential to earn a massive payday.

Converting President Obama’s money line number of +5000 into intrinsic odds suggests that he has a 2% chance of securing the nomination to become the 2020 Vice President nominee for the Democratic Party. There is an overwhelming likelihood that a woman will be selected as the VP nominee, but perhaps Obama’s influence can sway the election enough to retake the White House in 2020. While not probable, the door is open to the possibility.

Now that he has appeared in the betting line, many are asking the question, “Can Obama run for Vice President in 2024?” Could Obama be Vice President despite the low odds that it will happen? While not likely, it does lie within the realm of possibility. A wager of $100 will earn a payout of five grand if it happens. There are no laws in place that prevent Barack Obama from becoming a VP, despite his limit of two terms served as the US President.

Barack Obama cannot run for President again because he has exhausted his maximum amount of two terms when he served from 2009 through 2017. Although this prevents him from running for office or accepting the nomination from the Democratic Party, Obama can become President again by serving as VP and assuming the role if called upon. This has yet to happen in US political history, and would almost certainly inspire a Congressional review of constitutional amendment language. Current presidential election odds do not reveal that Obama has a chance of attempting to run for President.

Barack Obama was the 44th President of the United States of America and was elected to two consecutive terms in 2008 and 2012. Although generally considered to be popular and well-liked, his approval rating trajectory compares similarly to nearly every elected President dating back to World War II. Prior to serving in the White House, President Obama was elected to a term in the US Senate and to two terms in the Illinois State Senate. Only a select few on the planet can boast similar credentials to Barack Obama when it comes to requisite experience to take command of United States politics.

After graduating from high school in Hawaii, Obama received a full scholarship to study at Occidental College in Los Angeles, California. He transferred to Columbia University in New York City, earning a bachelor’s degree in political science in 1983. He worked in the private sector, and then in a series of charitable positions for the next few years before entering Harvard Law School, earning his JD in 1991.

How old is Barack Obama?

Barack Obama was born on August 4, 1961, and is currently 58 years old. He was the fifth-youngest President at the time he assumed office at 47 years and 169 days old, ranking him behind Theodore Roosevelt, John F. Kennedy, Bill Clinton, and Ulysses S. Grant.

How tall is Barack Obama?

President Obama is 6’1” tall. He is tied for 10th place amongst all Presidents in US history alongside Andrew Jackson, John F. Kennedy, and Ronald Reagan. The tallest US President of all time is Abraham Lincoln, who stood at an impressive 6’4″.

Where was Barack Obama Born?

Honolulu, Hawaii is the birthplace of Barack Obama, despite what conspiracy theorists would have you believe. He is the first elected US President to be born outside of the continental lower 48 states. During his Presidency, he released his long-requested birth certificate to silence critics, but there are still those that dispute its authenticity and believe that he was not born in the United States.

How much is Barack Obama worth?

2018 estimates suggest that the Obama family is worth anywhere from $40 to $135 million. Both he and his wife Michelle bring home a significant amount of income based on book sales, speaking engagements, and a diverse portfolio of investments. A substantial portion of their wealth was acquired with Barack’s political salary.

Where did Barack Obama go to college?

President Obama earned his BA in political science from Columbia University in 1983. He later went on to earn his Juris Doctorate Degree from Harvard Law School in 1991.

What is Donald Trump's Nickname for President Obama?

President Obama and President Trump had a rivalry going well before Trump ran for president.  Despite this, The Donald didn’t tap into much creativity or clever wit with when he began repeatedly referring to Obama as “Cheatin’ Obama”. POTUS became known for assigning a Trump nickname to his opponents during his 2016 campaign.