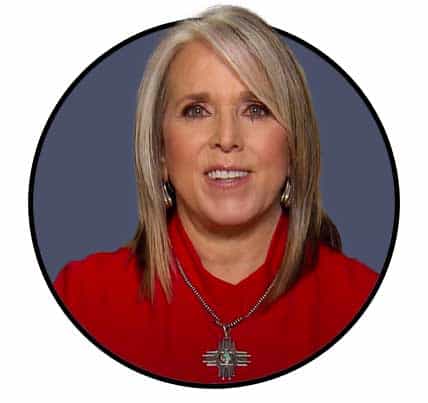 Though neither Joe Biden nor Bernie Sanders have announced their VP running mates at this point in the 2020 Democratic primary cycle, Michelle Lujan Grisham’s name has been floated as a potential choice on the establishment side. Grisham is the current Governor of New Mexico, and she’s been in politics since roughly 1991.

Right now, of the major potential choices (assuming they will be female, as Biden has pledged and Bernie has hinted), Grisham is trending last on the odds boards. However, that just means that if she’s chosen, you stand to make a mint if you get your wagers in soon. While she isn’t on every political betting site’s VP odds list, you can find her at +3000 at Bovada right now. To learn more about Michelle Lujan Grisham – and whether or not you should take the same chance on her that Biden or Bernie might – read on!

Who Is Michelle Lujan Grisham?

Michelle Lujan Grisham is a lawyer and career politician from New Mexico. From 2004-2007, she served as the Secretary of Health for the state, and from 2013-2019, she held office as a member of the US House of Representatives from NM’s First Congressional District. In 2018, she easily defeated Republican Steve Pearce to win the New Mexico governorship, assuming office on January 1, 2019. Grisham has not spoken publicly about any Vice Presidential aspirations, but she seems like a safe, logical choice, especially for the Biden campaign.

Odds For Michelle Lujan Grisham To Be Vice President Nominee

Michelle Lujan Grisham is not on all the boards with Vice Presidential odds, but she is featured as a potential pick for Joe Biden at Bovada. As the campaign wears on for the 2020 election cycle, it is probable that she will be included at more sportsbooks going forward.

Can I Bet On Michelle Lujan Grisham Now?

Yes, you can wager on Michelle Grisham to become a VP nominee right now at Bovada. Bovada is the US’ best online sportsbook and home for election and political betting, and they’re currently listing Grisham near the bottom of the board for Joe Biden’s VP selection. Other sportsbooks might include Grisham odds at any time, so you should check multiple reputable betting sites for the latest updates before placing any wagers.

Michelle Lynn Lujan Grisham was born on October 24, 1959, in Los Alamos, New Mexico. Her father was a dentist, and her mother was a homemaker. Lujan Grisham claims deep roots in NM, with her family there going back at least 12 generations, and many members of her extended family have served in political positions in the state.

Notably, her uncle Manuel Lujan, Jr., served as Secretary of the Interior under George HW Bush, and her grandfather Eugene was the Chief Justice of the New Mexico Supreme Court. Lujan has held the following posts in her political career to date:

How Much Can I Win If I Bet On Michelle Lujan Grisham?

Right now, you can get +3000 odds on Governor Grisham’s chances to be the Joe Biden VP pick. That translates to a payout of $3000 on a $100 bet, making her one of the biggest longshots to earn the Vice Presidential selection.

However, the longer the cycle goes before Biden makes his selection, the shorter her odds could get, which means that if you want to bet on Grisham to be VP, you may get your best possible payout right now.

Top 5 Reasons Lujan Grisham Could Be The Democratic VP Pick

What is Michelle Lujan Grisham’s net worth?

In 2013, it was estimated that Governor Grisham’s net worth was $435,000. However, it is likely that she is a millionaire at this time, as the salaries for her posts since then have been substantial.

Yes, Grisham has Hispanic heritage. In fact, she was selected as the Chair of the Congressional Hispanic Caucus in 2016. In 2018, she made headlines by becoming the first Latina Democratic governor of New Mexico.

No. In fact, in 2017, Lujan Grisham was criticized for being the Chair of the Congressional Hispanic Caucus despite the fact that she was not fluent in Spanish. Clearly, however, this has not affected her popularity in her home state of New Mexico.

How tall is Michelle Lujan Grisham?

While there are no official listings for Lujan Grisham’s height, she is very diminutive in stature. From her publicity photos and campaign videos, she appears to stand roughly five feet tall.

How old is Michelle Lujan Grisham?

Lujan Grisham, born on October 24, 1959, is currently 60 years of age. However, by the time the general election rolls around, she will be 61.

Governor Lujan Grisham is a widower. She was married to Gregory Grisham in 1982, and he died of a brain aneurysm in 2004. Grisham has two daughters by Gregory.

Yes, Ben Ray Lujan is the cousin of Governor Grisham, and he is currently serving as a US Representative for New Mexico’s 3rd Congressional District. Ray Lujan is also the Assistant Speaker of the United States House of Representatives.

Where does Michelle Lujan Grisham live?

Governor Grisham lives in the New Mexico Governor’s Residence in Santa Fe. Having grown up in Santa Fe after her birth in Los Alamos, she is effectively a local to the area, which is a rarity for those holding high offices like Governor.