2024 Presidential Candidates and Party Affiliation 2022 Dr. Oz Election Odds For The US Senate 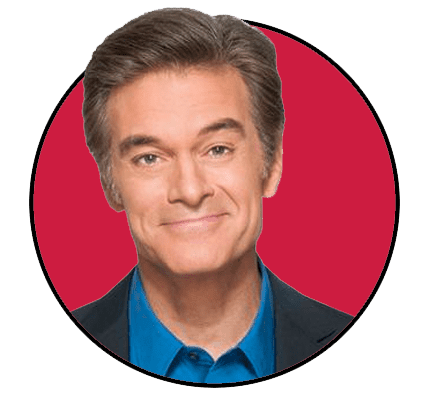 On November 30, 2021, Dr. Mehmet Oz became a political candidate when he declared that he is running for a 2022 Pennsylvania Senate seat as a member of the Republican Party. Although Dr. Oz is a licensed medical doctor and popular television host, he has never worked in government or been elected to a political office. Election betting odds for Dr. Oz appeared on the boards at Presidential Election sportsbook sites following his announcement that indicated a strong likelihood of success, and now GOP supporters in PA are enthusiastic about electing the first Muslim to serve in the US Senate.

Doctor Mehmet Oz is a surgeon, television personality, practicing Muslim, and a 2022 Republican candidate for the US Senate in the state of Pennsylvania. If elected, Dr. Oz would become the first active Muslim member of the United States Senate.

Due to Dr. Oz’s combination of being a television personality, medical professional, a practitioner of the Muslim religion, and a member of the Republican Party, he is sure to challenge and intrigue voters from all walks of life in the Pennsylvania region.

Despite his status as a celebrity candidate, Dr. Oz has a legitimate shot of winning, according to political pundits, as well as the election odds posted at the sportsbooks that populate our list of election betting site reviews.

Betting odds are now on the boards for Dr. Oz, and his chances of winning the 2022 US Senate election for the state of Pennsylvania. The below political prop bet reveals that Mehmet Oz is projected to win, but the DNC’s John Fetterman also has a legitimate shot with a +100 moneyline.

Dr. Oz’s Betting Odds And His Chances Of Winning

Currently, the Dr. Oz odds are set at -140 to win the PA seat in the upcoming US Senate elections. While that moneyline is 40 points below even, John Fetterman is only 40 points behind Oz and is by no means out of the race.

Dr. Oz’s -140 moneyline translates intrinsically to a 58% chance of becoming Pennsylvania’s next US Senator in 2022. If Oz wins, his victory will significantly impact the overall majority in the US Senate.

Yes. There are odds on the boards for Dr. Oz’s PA Senate race in 2022, and there is also the potential for political prop bets to hit the boards for any number of trackable outcomes. Wagers can be placed on Dr. Oz’s odds until a winner is declared or the lines are removed, whichever comes first.

With one week to go until midterm election day, betting lines are forecasting a return to power for the GOP in both congressional bodies. Betting On

The current betting odds for Dr. Oz to become the GOP candidate for Pennsylvania’s Senate seat are set at a moneyline of -140 at BetOnline Sportsbook. The max bet allowable at BetOnline is $350, which will secure a payout of $250 if Senator Oz becomes a reality following election day on November 8, 2022.

Dr. Mehmet Oz was born in Cleveland, Ohio, in 1960. His parents were both immigrants from Turkey with backgrounds in medicine.

While in college at Harvard University, Oz played safety for the football team. After college, as a condition of maintaining dual citizenship, Oz served for two years in the Turkish army.

Dr. Oz became a household name after making appearances on The Oprah Winfrey Show and parlayed that popularity into the creation of his own television series, “The Dr. Oz Show.”

Over the years, Dr. Oz has faced backlash and criticism for granting time to medical professionals with questionable credentials and theories.

Dr. Mehmet Oz has never been elected to office or served in an administrative role with an elected or campaigning politician. Oz has, however, been accused of influencing President Donald Trump’s opinions and his executive policies regarding COVID-19 with his opinions issued forth on the Dr. Oz Show.

Dr. Oz has served as a medical practitioner and surgeon since 1982, developing many patents over that time span. His appearances on Oprah Winfrey caused his popularity to grow, causing him to launch his own program, “The Dr. Oz Show.”

Oz followed up that success with another show on Oprah’s network titled “Surgeon Oz,” and later made an appearance as a guest host for the game show Jeopardy. Oz has also written several books and has had articles published in many major publications.

What Are Dr. Oz’s Chances At Political Prediction Markets?

Political prediction website PredictIt is granting Dr. Mehmet Oz a 56% chance of winning the PA US Senate seat in 2022. His opponent, John Fetterman, has been granted a 45% chance to win this November. 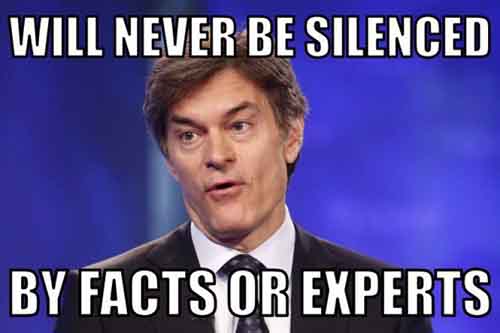 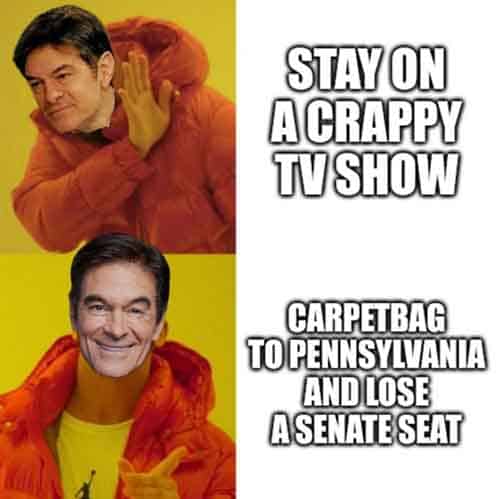 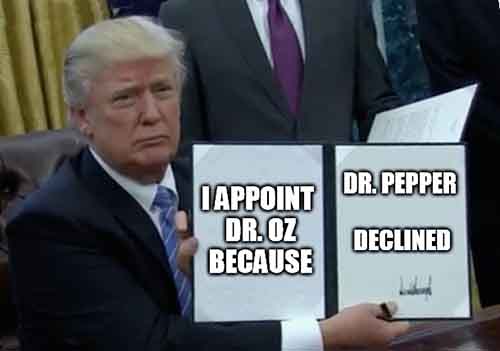 What is Dr. Oz real name?

When is Dr. Oz birthday?

What nationality is Dr. Oz?

Dr. Oz is Turkish. Both of his parents emigrated from southern Turkey to the United States. Dr. Oz was born in Cleveland, Ohio.

Dr. Oz is not Jewish.

What religion is Dr. Mehmet Oz?

Dr. Mehmet Oz grew up in a mixed-Muslim household. His father practiced traditional Islam, whereas his mother’s faith was far more secular. Dr. Oz identifies as a Muslim today.

Is Dr. Oz a real doctor?

Dr. Oz is, in fact, a licensed doctor. Just last year he renewed his license in Pennsylvania. He received his MD at the University of Pennsylvania School of Medicine. His residency was completed at Columbia University in New York.

What kind of doctor is Dr. Oz?

Was the Doctor Oz show canceled?

The Dr. Oz show has yet to be canceled, though Fox pulled the show from its New York and Pennsylvania stations. This comes as a result of Dr. Oz’s recent political aspirations.

How many children does Dr. Oz have?

Dr. Oz has four children with his wife Lisa Oz. The two have been married since 1985.

What is Dr. Oz net worth?

What are Dr. Oz political views?

Dr. Oz is an advocate for medical cannabis, especially as a solution to the opioid crisis. Outside of cannabis, his views remain conservative. Prior to the pandemic, Oz made frequent appearances on conservative news and talk shows.

What is Dr. Oz political party?

Dr. Oz’s views most closely align with that of the Republican party. He served on former President Trump’s Council on Sports, Fitness, and Nutrition.

Is Dr. Oz a Republican?

Dr. Oz describes himself as a moderate Republican and says he is inspired by Theodore Roosevelt and Arnold Schwarzenegger.

Where does Dr. Mehmet Oz live?

Dr. Oz spent most of his adult life in Cliffside Park, New Jersey. In 2020, he moved to Pennsylvania.

On November 30th, 2021, Dr. Oz announced his bid for Pennsylvania’s US Senate Seat. If he wins the election, he would be the first Muslim to serve in the US Senate.