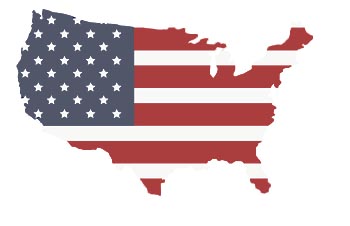 2020 Election Updates (11/4): All state gambling ballot measures passed, with the exception of those in eight Louisiana parishes. Results are listed below.

On November 3, 2020, five states could potentially vote on new gambling expansion measures. While some ballot measures may occur during the Presidential Election years or the Midterm Election years where the main concern is which party will win the Senate and House, they also commonly appear every two years when states vote on local issues. These types of elections also include local political races and state amendments, measures, and issues that are being brought before the people of each state.

Colorado has two 2020 ballot measures in relation to gambling.

The Colorado legislature introduced HCR 20-1001, the Charitable Bingo and Raffle Amendment, in the 2020 legislative session.

HCR 20-1001 is a house concurrent resolution, meaning it deals with the operations of both the Colorado House and Senate. After passing both chambers, HCR 20-1001 became Amendment C, a constitutional amendment proposed by the legislature.

Amendment C will appear on Colorado’s November 3rd, 2020 ballot. The electorate of CO will need a 55% supermajority vote to pass Amendment C. Amendment C changes how nonprofit organizations operate charitable gaming events such as bingo and raffle games in CO. Amendment C specifically allows nonprofits to apply for bingo-raffle licenses after three years of operation instead of five.

Additionally, Amendment C allows the nonprofits that host bingo-raffle events to employ and compensate workers from outside the organization instead of just relying on volunteers.

A ballot initiative is a proposed constitutional amendment that originated outside the legislature. Ballot initiatives require a certain number of signatures by a state’s residents to appear on the ballot. In 1990 Colorado voters approved legalized limited gambling in three cities: Central City, Black Hawk and Cripple Creek. These are the only cities within CO with legal gambling operations. Currently, Colorado’s gambling model caps individual wagers at $100, and restricts casinos to offering only slots, blackjack, poker, craps, and roulette. Changes to the gambling model require a statewide vote

Amendment 77 proposes a revision to the CO constitution, removing the wager cap and restrictions on types of gambling games available. Amendment 77 gives the voters of the cities of Central City, Black Hawk, and Cripple Creek the authority to decide for themselves what games their casinos can offer and what the cap is for wagers. Amendment 77 intends to increase revenues for both the abovementioned cities and the state of Colorado, which taxes the cities’ gambling revenues. Amendment 77 will appear on the CO November 3rd, 2020 ballot and requires a simple majority (50%) to pass.

SB 130 is an act which provides for a proposition election to determine whether sports wagering activities and operations will be permitted in a parish of the state. SB 130 passed through the legislature with a two-thirds majority and was signed by the Governor John Bel Edwards on the 11th of June 2020, becoming Act 215. Act 215 is a ballot proposition, meaning that Act 215 is a proposed amendment to the LA constitution, and will be voted on by the LA electorate on the November 2020 election ballot. Act 215 will be voted on by the electorate of individual parishes, meaning voters will only be voting to allow sports wagering in their respective parishes. The ballot will appear as follows:

Act 215 gives the Louisiana Gaming Control Board total regulatory authority, including licensing, over all aspects of sports wagering activities and operations within any parish that passes the proposition with a two-thirds majority vote. Act 215 defines “sports wagering” as the business of accepting wagers on any sports event or sports contest by any system or method of wagering. The definition of sports wagering in Act 215 thusly includes mobile sports betting as a system or method of wagering as well.

SB 58 declared that the General Assembly may authorize, by law, the State Lottery and Gaming Control Commission issue certain sports wagering licenses. SB 58 provides that the authorized sports wagering licenses may only be issued to current holders of a video sports lottery license and/or holders of a thoroughbred racing or harness racing license. SB 58 intends to direct revenue generated by sports wagering for public education and other dedicates purposes. SB 58 is a referendum, meaning it will be voted on by the general electorate of the state of Maryland. SB 58 was heard by the MD Senate on 1/29/2020 and moved onto the 2020 ballot. SB 58 is posed as “Question 2” on the MD 2020 Ballet. The MD electorate will vote on Question 2 on November 3rd, 2020.

The referendum will appear as follows:

“Do you approve the expansion of commercial gaming in the State of Maryland to authorize sports and events betting for the primary purpose of raising revenue for education?”
[ ] For the Referred Law
[ ] Against the Referred Law

Initiatives 429, 430, and 431 are three ballot measures in relation to gambling in Nebraska.

Titled the “Authorize Laws for Gambling at Racetracks Amendment”, Initiative 429 is a constitutional amendment sponsored by the organization Keep the Money in Nebraska. The organization raised nearly 500,000 signatures to place Initiatives 429-431 on the ballot. Nebraskans will vote on these initiatives on the November 3rd, 2020 election ballot. Currently, Nebraska outlaws gambling with the exceptions of a state lottery licensed raffles and bingo. Initiative 429 explicitly removes restrictions on creating laws for the authorization, regulation, and taxation on all games of chance by authorized gaming operators in licensed racetracks in Nebraska. Initiative 429 works in conjunction with initiatives 430 and 431. Initiative 429 removes constitutional restrictions on racetrack gambling while 430 and 431 creates new state statutes.

Initiative 430 creates a statute that authorizes games of chance within Nebraska racetracks. Additionally, it establishes the Nebraska Gaming Commission as the regulatory body over the gambling industry and the licensing operator.

Titled the “Tax on Gambling at Racetracks Initiative”, Initiative 431 authorizes the Nebraska Gaming Commission to impose a 20% tax on all gross gaming revenue generated by licensed racetracks. The statute defines gross gaming revenue as the amount of money gambled minus the amount won. It includes federal taxes and promotions that the operators offered, and players redeemed. The Nebraska Gaming Commission breaks down the allocation of the money from the imposed tax as follows:

Nebraskans will vote on all three initiatives separately, where all need to pass for the legislation to be enacted.

The South Dakota Senate, along with the House of Representatives, introduced Joint Resolution 501 in January of the 2020 legislative session. The resolution was sponsored by SD Senator Robert Ewing. A joint resolution is a proposal by both the House and Senate of a state to amend the constitution of that state, and to be voted on by that state’s electorate.

JR 501 proposes to amend the South Dakota Constitution to provide for wagering on sporting events and revise provisions regarding certain municipal proceeds of gaming revenues. Currently, under Article III section 25, the SD Constitution prohibits operation of any game of chance for whatever purpose. SJ 501 provides exceptions for “public spirited organizations” (i.e. fraternal, religious, civic and patriotic organizations) to operate lottery and video games of chance ONLY if those organizations use their revenue for “public spirited goods” (i.e. charitable and educational uses). The same article authorizes state lotteries and video games of chance to be operated by the state and prohibits private ownership of the aforementioned games. Lastly, SJ 501 gives the legislature power to authorize roulette, keno, craps, wagering on sporting events, limited card games and slot machines within the city limits of Deadwood.

The entire net proceeds from those games will fund the Historic Restoration and Preservation of Deadwood. This resolution will be on South Dakota’s 2020 ballot. The SD electorate votes on SJ 501 on November 3rd. 2020. If passed, SJ 501 realistically will authorize sports gambling only within the Deadwood city limits.

Below you will find a brief look at each of the gambling-related ballot items provided during the 2018 Midterm Elections, with access to more detailed information about what the measure’s objective is, who supports and opposes the measure, and what groups and/or individuals are financially contributing to each side of the issue.

An Arkansas gambling measure on whether to allow casinos in four counties. The measure includes tax rates on licensed casinos in each of the four counties and where the money would go. Find out more details about this measure and with our extended explanation found on the Arkansas state page.

The second of two gambling measures on the Florida ballot in 2018. This measure would prevent the Florida State Legislature from passing any laws relating to gambling. Learn more about the measure here.

The second gambling-related amendment being proposed to amend the Florida state constitution this general election. This amendment is about whether to ban dog racing in the state. You can check out more on this amendment here.

The Idaho State Legislature passed a law in 2013 to allow video terminals for betting historic horse racing. However, the state senate repealed the law in 2015 and this measure allows Idaho voter to decide on the issue. Visit our Idaho state page for more information on the measure.

The Louisiana State Legislature passed House Bill 484 which sent Act 322, the “Louisiana Fantasy Sports Contest Act,” to the ballot for each parish to vote on during the 2018 midterms. You can learn more about the fantasy sports contest measure here.

Maryland voters to allow slots in 2008 and table games in 2012 at their casinos. However, there was no law specifically requiring the tax revenue to go to the state’s education system. Read more about this measure on the Maryland state page.

This amendment gives more rights to organizations who run bingo games in the state. Missouri had similar amendments on the ballot in 1990 and 2000 but voters rejected it both times. You can find more on this amendment here.

When is the General Election?

The General Election of each state will be held on November 3rd, 2020.

Where do I vote?

You can find your local polling places using this link.

When is Early Voting?

How do I vote?

What is the voting registration deadline?

The voting registration deadline for the November 3rd, 2020 election is October 6th.

Can I vote by mail-in ballot?

You can vote either in-person or by mail. To find information on mail-in ballots go to your county’s government website.

Where can I sign the petitions to place an initiative on my state’s ballot?

You can find the initiatives in your state by visiting your state’s division of elections website. Each state usually has different signature deadlines and rules.

How does something get placed on the ballot?

There are many ways legislation can be placed on the ballot. Generally, a state legislature proposes a constitutional amendment. Many gambling ballot measures are also citizen’s initiatives.

What is a resolution?

A resolution is a proposal by the House and/or Senate of a state to amend the constitution of that state, and to be voted on by that state’s electorate.

What is a ballot initiative?

A ballot initiative is a proposed constitutional amendment that originated outside the legislature. Ballot initiatives require a certain number of signatures by a state’s residents to appear on the ballot.

What is a ballot proposition?

A ballot proposition is a proposed amendment to a state’s constitution that will be voted on by the electorate of that state.

What is a constitutional amendment?

A constitutional amendment is a piece of legislation that will remove or add language to an existing state or federal constitution.

What is a statute?

Statues are local or national laws or rules that are made by legislative bodies. Statues differ from laws that originate outside of the legislature, for example, case law originates in the court system.

What happens if my state doesn’t have gambling on the ballot this election?

If gambling is not on your state’s ballot, then it does not mean your state will never have gambling. Most state legislatures pass gambling laws, but when it comes to amending a state’s constitution, a measure is typically required to be put on a ballot. Until your state authorizes state-regulated gambling, legitimate online betting at international sports books is a viable and legal option for most US residents.