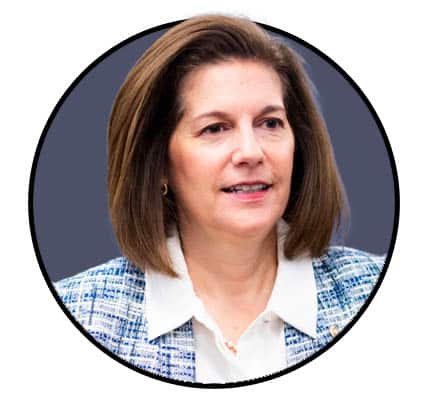 One of the names being heavily promoted for a potential run at Vice President for one of the major Democratic Presidential candidates has been US Senator Catherine Cortez Masto. Representing Nevada, Masto ticks many of the right boxes for the VP slot: She’s a woman, she has partial Hispanic heritage, and she has established relationships with the mainstream Democratic rank and file in Washington.

Masto was the 32nd Attorney General of Nevada from 2007-2015, and she became a US Senator by defeating Republican Joe “What The” Heck in 2016. An establishment Democrat, Masto could be an attractive pick for Joe Biden, albeit she is less likely to be on the Bernie Sanders campaign radar.

If you think C. Cortez Masto is primed to be the front-running nominee’s VP pick, you can “vote” on that outcome at any offshore betting site. Just make sure you get your wagers in ASAP, because every day the announcement draws nearer, you can expect the odds to shorten a bit if you believe Masto is a credible choice for the post.

Who Is Catherine Cortez Masto?

Catherine Cortez Masto is the former Attorney General of Nevada and current US Senator from the state. She is also the Chair of the Democratic Senatorial Campaign Committee, and Masto has been in politics since 2007.

While she has stayed mostly quiet during the 2020 Presidential campaign, her establishment-friendly platforms put her presumed endorsement squarely on Joe Biden, which is why she’s in the middle of the pack for odds on the Biden VP selection.

Odds For Catherine Cortez Masto To Be Vice President Nominee

Can I Bet On Catherine Cortez Masto Now?

Yes! All the best election betting sites have Senator Cortez Masto on their odds boards as a potential Vice Presidential selection. While she isn’t the favorite for either Joe Biden or Bernie Sanders, that just means you can get favorable payouts if you place your bets now.

Of Hispanic descent, Catherine Cortez Masto (née Catherine Marie Cortez) was born in Las Vegas, Nevada, to Manny and Joanna Cortez. Manny Cortez was the head of Las Vegas Convention and Visitors Authority and was also the Clark County Commissioner.

Cortez Masto is considered a friend to the gambling community and an advocate of casino gaming and sports betting. Masto has been in politics since 2007, most recently serving as a Democratic US Senator for Nevada. Prior to her post in the Senate, Masto was the Nevada Attorney General from 2007-2015.

Senator Catherine Cortez Masto got her BS in Business Administration from the University of Nevada (Reno) in 1986. After that, she got her JD from the Gonzaga University School of Law in 1990.

How Much Can I Win If I Bet On Catherine Cortez Masto?

Right now, Senator Masto is pulling Vice President odds of between +2000 and +2500. That means that a $100 wager on her to become the Vice Presidential selection for either candidate would earn you $2000-$2500, depending on where you place your bet. Always remember to shop lines between several election betting sites to get the best deals!

Yes, she did! However, her victory has been the subject of some debate, as her Republican opponent won 16 of Nevada’s 17 counties. Masto won the entire state by winning Clark County, bringing into focus the outsize sway that major metropolitan areas have in state and national elections. However, Masto ran a clean campaign, played by the rules, and won fair and square, so there is no lasting controversy about her victory.

Yes. Senator Cortez Masto supports the ACA and was one of 42 US Senators that signed a letter to the Trump administration accusing it of using Section 1332 improperly, allowing states to increase healthcare costs and reduce protections for those with pre-existing conditions.

Ben Carson was nominated by President Trump to the position of US Secretary of Housing and Urban Development in 2017. While a notable brain specialist in his medical career, Carson – according to Masto – was not qualified for the post, and she voted against his confirmation.

Did Cortez Masto Vote For Kavanaugh?

Brett Kavanaugh was nominated to the US Supreme Court by President Donald Trump in 2018, and he was the subject of a high-profile smear campaign by the media. Kavanaugh was accused without merit of nebulous sex crimes dating back decades, and Senator Cortez Masto voted against his confirmation on those grounds.

While Masto is of Hispanic descent, she does not speak Spanish fluently. However, this has not been an issue for her largely Hispanic constituency, and it likely wouldn’t be an issue on the national stage if she is selected as a VP running mate.

Does Catherine Cortez Masto have any children?

How old is Catherine Cortez Masto?

Currently, Catherine Cortez Masto is 55 years old. With a March 29 birthday, if she is selected as VP and her Democratic ticket wins the 2020 general election, she would be 56 on Inauguration Day in January 2021.