Who is Kamala Harris?

Kamala Harris is the current Vice President of the United States alongside current President Joe Biden. Harris initially ran against Biden in the 2020 Presidential election as a Democrat prior to her selection as his VP running mate. Aside from her run at the US Presidency, Harris has served as a US Senator from California since 2017. From 2011-2017, Harris served as the 32nd Attorney General of California and the 27th District Attorney of San Francisco from 2004-2011.

Harris has been a constant contender in the 2024 Presidential election odds at major online sportsbooks since prior to Biden’s inauguration despite her current position a. This initially suggested that a contested Democratic Convention may have been in play, but now it appears that these political odds for Kamala Harris are forecasting poor health for the 46th President may cause him to call off running for a second term.

Harris’s popularity is widespread among a variety of different voting groups. Some of her biggest supporters come from women of color and progressives. A more extensive list of who the candidate is appealing to is as follows:

Odds For Kamala Harris To Win The 2024 Presidential Election

It has long been speculated in political circles that the selection of Kamala Harris as Biden’s VP was largely meant to appease high-ranking DNC members that were concerned about Joe Biden’s physical condition and whether he could complete a four-year term. Harris has strong leadership potential, and now oddsmakers feature among the top contenders for the Oval Office in 2024.

It is unlikely that Harris will win the Democratic nomination through conventional methods due to Biden’s current status as the incumbent President, but a lot can change in a few years’ time.

Harris is well-liked among Democratic voters and has the experience needed to be the next President of the United States, and, as mentioned above, is able to step in if Biden cannot continue on for any reason.

Kamala Harris’ odds to become the Democratic Nominee for President in 2024 are favorable across online political betting sites, placing her in first or second place across the board.

Odds For Kamala Harris To Be The 2024 Democratic VP Nominee

Even though there are no Vice Presidential betting lines available at the moment, Kamala Harris’ VP odds for 2024 ought to be in the negative once they debut because of her incumbent status.

If Joe Biden wins the 2024 DNC nomination, Harris seems like a safe choice to repeat that role for another term. It will be interesting to examine the Vice President odds once they debut because they could further reveal a potential running mate for Harris if she decides to try and win the Presidency.

Can I Bet On Kamala Harris Now?

Yes. Kamala Harris is one of the leading candidates to become the DNC Presidential Nominee and to win the overall election in 2024.  Harris currently features some of the most favorable odds on the board which directly flies in the face of her current VP role in the Biden administration.

Because her odds of success are so high, payouts on Kamala Harris outcomes will not be as high as other candidates, but she still has odds listed in the positive. That means a wager on her can earn more than the amount risked if she wins.

The odds have implied for some time that Kamala Harris is a favorite among all potential DNC nominees for POTUS, and Presidential Candidates in 2024, and we can assume the VP odds as well once they debut.

Despite the enormous obstacles in the way of a Harris Presidential election (Trump, Ron DeSantis, Biden), Harris is still favored to compete evenly with the top politicians in the DNC as well as the best the Republican Party has to offer. The odds tell us that Kamala Harris is one of the top three most likely people to win the 2024 Presidential election.

Kamala Harris’s Chances Of Winning Based On Prediction Markets

Harris is a top-performing Democrat in the polls and the odds. In prediction markets, particularly with the political analysts at PredictIt, Harris consistently ranks in the party’s top echelon.

Currently, Harris had a 36% chance of winning the 2024 Presidency, a 12% chance of filing as an official candidate for Potus before the end of 2022, and 30% chance of securing the Democratic POTUS nomination. That places her firmly among the lead contenders.

On August 12, 2020, Joe Biden announced that Kamala Harris was his Vice-Presidential running mate, delivering on his promise to select a female. Despite Harris’s harsh criticisms fired toward Biden on the Presidential debate stage, they put aside their differences for the common good and were elected to the White House in the fall of 2020.

Harris had been the odds on favorite to become the VP for the DNC for many weeks, and after many rounds of vetting, Biden agreed with the betting lines. Once Harris was added to the DNC Presidential ticket, Biden’s election odds slipped a little, but ultimately, they prevailed and one the 2024 election.

While it may often seem that there are betting odds for almost anything, there are certain subjects sportsbooks won’t touch when it comes to

I’m running to fight for Medicare for All, universal pre-K, debt-free college & more. To guarantee middle-class families a pay increase of up to $500/mo with the largest working-class tax cut in decades — paid for by reversing this Admin’s gifts to big corporations & the top 1%. – Kamala Harris

Harris has also been a long-time advocate for Immigrants and Women’s Rights and expressed interest in tackling issues pertaining to Racial Profiling by law enforcement, and Gun Violence in Schools. While Harris did not provide specifics at 2020 rallies, she remains focused on these policies as part of the foundation of her Candidacy.

Harris has had a historical focus on policies which affect Public Lands and Natural Resources, Immigration, Taxation, Health, Crime and Law Enforcement, Environmental Protection, the Financial Sector, and Armed Forces and National Security. In 2017, Harris introduced thirteen bills which can be examined here along with her recent sponsored bills, as well as, how Harris voted on several key bills. Harris was the primary sponsor of the Disaster Victims Passport and ID Relief Act of 2018, the COUNT Victims Act, and the John Muir National Historic Site Expansion Act.

At the end of 2003, Harris was elected the San Francisco District Attorney. Harris was re-elected to her office in 2007. With Harris heading the San Francisco District Attorney’s Office, the Office increased the percentage of dangerous criminals sentenced to prison by more than half, as well as, doubling trial conviction rates for gun felonies to 90%.

Kamala also served as the 32nd Attorney General of California from 2011 to 2017.

In 2017, Harris was elected to be a US Senator for California, becoming the first South Asian-American and second African-American woman to serve as a US Senator in all of American history. The junior senator from California is aligned with the Democratic party and is up for reelection in 2022 for her Senator position. Senator Kamala Harris also currently sits on the Senate Budget Committee, the Homeland Security and Governmental Affairs Committee, the Committee on the Judiciary, and the Select Committee on Intelligence.

Since January of 2021, Kamala Harris has held the office of Vice President of the United States, and is the first woman, and the first person of color, to do so.

Kamala Harris attended Howard University, a historically black academic university, where she majored in Political Science and Economics. Harris earned her bachelor’s degree in 1986 and moved from Washington, D.C. to the California Bay Area to enroll at Hastings College of the Law. Here Harris earned her Juris Doctor (J.D.) in 1989.

While Senator Kamala Harris has not made any public statements regarding her position on gambling, California tribes involved in domestic gaming say Kamala failed to protect the exclusivity promised within their Class III gaming compacts. These tribes say Kamala did not crack down on non-Indian gaming and fantasy sports wagers which encroaches on the profitability of tribal-run gaming venues in CA.

Steven Stallings, Chairmen of the California Nations Indian Gaming Association told the Los Angeles Times that “[Kamala has] just failed to take positions on some critical issues … and that causes alarm”. However, upon looking into Kamala Harris’s record as Attorney General she opposed at least 15 tribal land-into-trust applications, as well as, attempts to stop the Big Lagoon Rancheria from opening a land-based casino that was placed in trust more than two decades ago by her Office.

Kamala Harris also accused California’s former Casino Enforcement Chief of engaging in a conflict of interest on behalf of the San Jose card club. California is the only US state with its gambling regulations divided between the Governor and state Attorney General. Harris has even been criticized for restricting staff and resources for the Bureau of Gambling Control in the past.

We can only assume from these actions by Senator Kamala Harris that she does not favor gambling.

How Much Can I Win If I Bet On Kamala Harris?

Since Harris has such favorable odds of winning elections, payouts will be smaller. However, this also means a smaller risk. Because there are still so many candidates on the board, Harris still features odds listed in the positive, therefore it is wise to shop the odds at several different sportsbooks to see which one offers the highest payout for the candidate you want to place money on.

Right now, the most that can be won on Kamala Harris becoming the next President of the United States is $2,500 which can be earned by laying max bet $500 on her +500 moneyline at BetOnline.

Top 5 Reasons Kamala Harris Can Separate Herself from the Pack 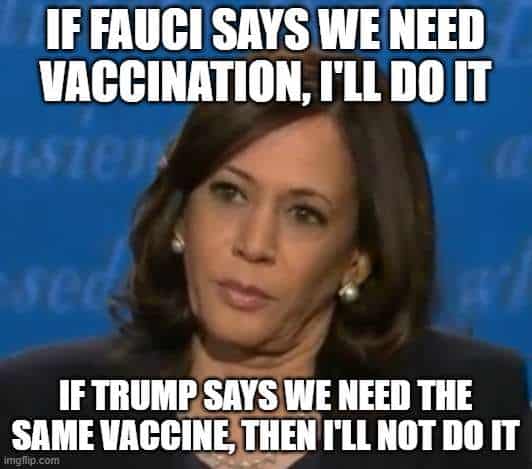 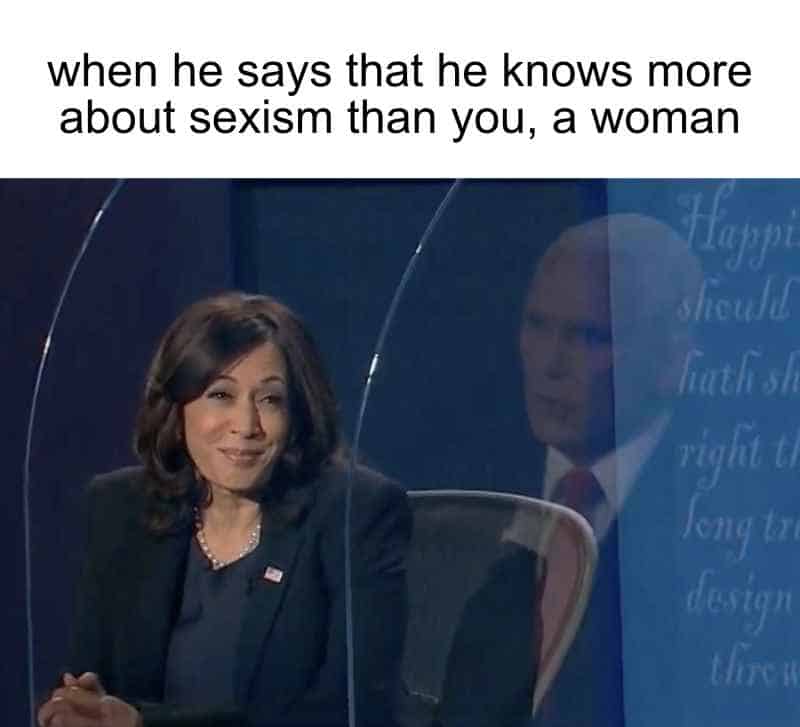 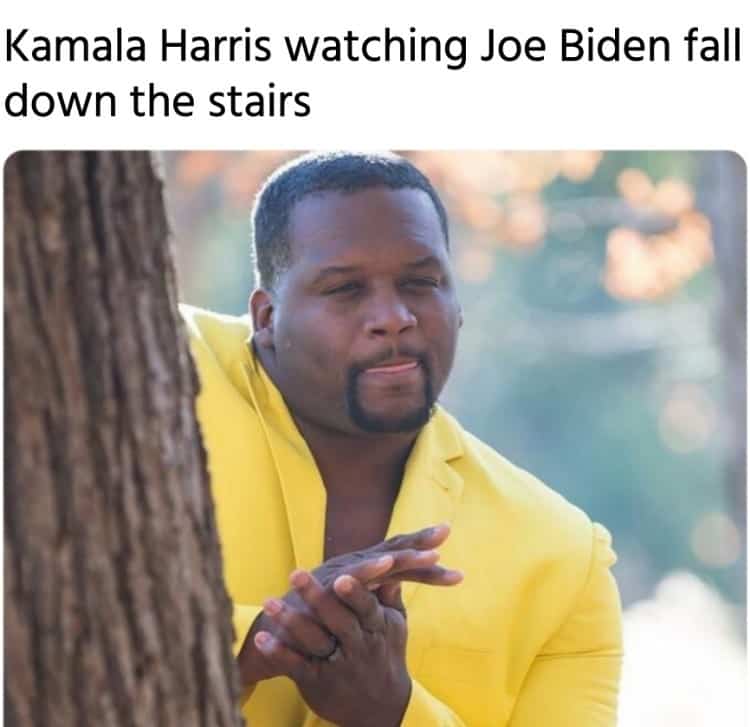