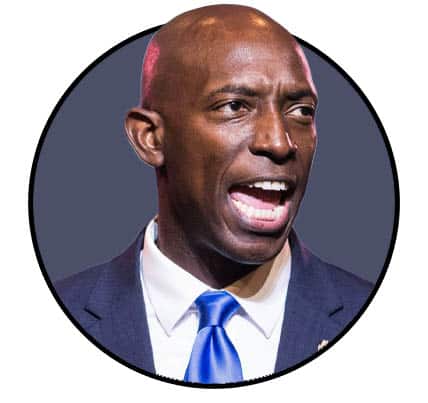 Who Is Wayne Messam?

Wayne Messam is a 44-year-old Democratic politician who has served as Mayor of Miramar since 2015. Before becoming mayor, Messam was Member of the Miramar City Commission from the 4th district between April 2011 and April 2015. Messam is also the owner of a construction business and an NCAA national championship-winning wide receiver. Messam officially announced his bid for the 2020 Presidency on March 28, 2019.

At this moment, since Messam has such a small following, his voter base is still limited and hard to pinpoint. So far, here is a list of Messam’s supporters:

Odds For Wayne Messam To Win The 2024 Presidential Election

At this moment in time, oddsmakers have yet to produce odds for Messam. This is not likely to change since Messam has not qualified for a single debate or made a splash this cycle.

Since there are no odds given for Messam at this moment by any sportsbooks, this proves that he is an extremely longshot candidate.

Can I Bet On Wayne Messam Now?

No, you can’t. And that’s a good thing. Consider it a gift from the offshore political betting sites that they aren’t putting this guy on their boards, even if it saves the bacon of just one hopeful (if misinformed) bettor.

Messam has been largely AWOL from the Democratic campaign trail, and while he has not officially dropped out of the race, he hasn’t been featured in any coverage of that race since he entered. Messam is not a credible or serious national candidate, and he seems to be using his candidacy to gin up local interest for whatever future career he has as a Florida politician.

With no odds available as of yet, betting odds are saying that Messam is not a viable candidate in 2020.

Messam is running on the platform of ending the gun violence epidemic, fighting climate change, re-entering the Paris Agreement, cutting health care costs, forgiving student loan debt, providing infrastructure improvements, and focusing education toward technology. He would repeal Trump’s tax cuts for corporations and the wealthy to pay for it.

While we could not gather any records of his votes while in office, we took a look at public stances he made. Messam proposed creating a safe zone in his city as a response to the 2017 immigration ban introduced by Donald Trump, that year Messam proposed requiring federal immigration agents to have a warrant to enter city-owned building and pre-Ks. Messam also stood against Trump ditching the Paris Agreement.

After Messam graduated college, he started his own construction company in 2007 which he now runs with his wife. In 2011, Messam ran for and was elected to serve on the Miramar City Council. In 2015, Messam ran for Mayor of Miramar and won his re-election as Mayor in 2019.

One day after he won his re-election, he announced his run for the Presidency – Wayne Messam’s 2020 campaign site is now available to view.

We could not find any records on Wayne Messam’s civic work. However, the unavailability of this information online does not mean that he has never participated in any type of volunteer work.

Wayne Messam has not publicly made any comment on gambling thus his views on the subject are unknown. We will update this information as his campaign progresses. Gambling is a considerable subject in the US after PASPA’s repeal and the widespread acceptance and legalization of expanded gambling across states.

How Much Can I Win If I Bet On Wayne Messam?

Since no odds are available for Messam just yet, an accurate prediction on winnings cannot be made. However, since he is such a minor candidate, even a small bet could equate to a huge payout once his chances are presented by oddsmakers.