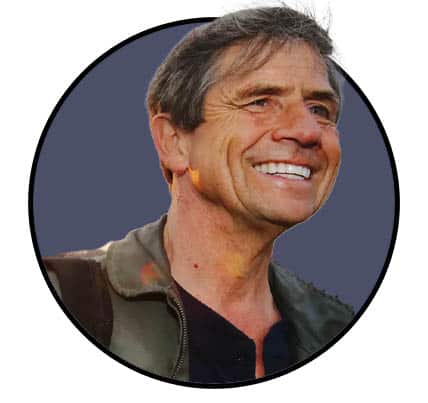 Who is Joe Sestak?

Joe Sestak is a 67-year-old retired three-star Navy admiral that was a member of the House of Representative between 2007 and 2011 in Pennsylvania’s 7th district. Sestak announced his 2020 presidential campaign on June 23, 2019.

As a well-educated military veteran, Sestak secures votes solely on his reputation. But Sestak also earns support for his moderate Democrat views. A list of groups that support Sestak is below:

Odds For Joe Sestak To Win The 2024 Presidential Election

Sestak’s odds of winning the 2024 election are so far long that many sportsbooks don’t even list his chances on their site. In many cases, celebrities like George Clooney and Kanye West have a better shot at a White House bid than Sestak does.

The same can even be said about Sestak’s nomination odds. The Navy veteran’s Democratic nomination odds are not even available on Bovada. Given that it is so late in the race, Sestak’s chances are not expected to get better as time moves on.

Can I Bet On Joe Sestak Now?

If a bettor can find Sestak odds right now, they can totally make a wager at any time. Even though the election isn’t until next year, futures bets allow for money to be placed on a candidate in hopes of a long-term payout down the road.

The odds currently tell us that Sestak has no chance of winning the Democratic nomination or the Presidential election in 2020. With nonexistent odds and a lack of support, Sestak has no shot at the White House next year.

Joe Sestak’s Chances Of Winning Based On Prediction Markets

The prediction markets are saying the same thing as the betting odds for Sestak: there is no way he can win the election in 2020. Based on the numbers from Predictwise, Sestak has a 0% chance of winning.

Of the candidates still in the race, Sestak shares a 0% chance with Cory Booker and Julian Castro at the bottom of the rankings.

Sestak, like many other Democrats, supports a ban on assault weapons, addressing student debt, and an expansion of medical coverage.

As a moderate, Sestak opposes Medicare for All, favors some abortion limitations, and does not plan to offer free college to students.

During his time in Congress, Sestak favored the repeal of Don’t Ask, Don’t Tell and the Defense of Marriage Act. He also supported the end of corporate bailouts while voting in favor of the American Recovery and Reinvestment Act of 2009, the Lilly Ledbetter Fair Pay Act of 2009, the American Clean Energy and Security Act, and the Affordable Health Care for America Act.

Sestak had a long, successful career in the Navy from 1974 to 2005. Before retiring as a three-star vice admiral, Sestak earned many service medals within the Director of Navy Operations Group.

One year later, Sestak became the second Democrat since the Civil War to win Pennsylvania’s 7th congressional district. He served in this role from 2007 to 2011. Sestak lost the 2010 and 2016 Senate races before declaring for the 2020 presidency.

After his high school graduation, Sestak followed in his father’s footsteps and enrolled at the U.S. Naval Academy. Sestak graduated second in his class with a bachelor’s in American political systems before earning a master’s in public administration and Ph.D. in political economy from Harvard in 1980 and 1984, respectively.

Sestak became the first president of FIRST Global, a nonprofit that promoted STEM education and career in the developing world. Sestak also created the Labor Advisory Committee to help working families in his district while supporting unions.

Through his work in the education and health sectors, Sestak has also earned a 100% lifetime rating from the National Education Association and the NARAL Pro-Choice America organizations.

While Sestak’s personal gambling views are not available, he never sought to repeal or reform Pennsylvania’s strict gambling laws while in office. The state has become laxer on its laws related to gaming, but all such changes were after Sestak’s term.

How Much Can I Win If I Bet On Joe Sestak

Since Sestak does not really have odds available on major sportsbooks, it is difficult to say how much can be won by betting on him. However, given the betting chances of other longshot candidates, a $100 bet on Sestak winning the 2020 election could pay out over $10,000 in some circumstances.