2022 Rashida Tlaib Reelection Odds For The US House of Representatives 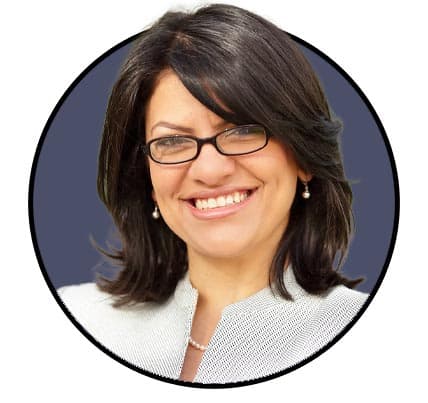 2020 House Election Update (11/4): Rashida Tlaib won reelection to the US House of Representatives with 77.9% of the vote.

United States Representative Rashida Tlaib is currently elected to the 13th District Seat for Michigan. She is running for her second term in the US House, and if reelected, she can continue to vote for socialist and far-left policies on Capitol Hill. Her left-leaning ideologies make Joe Biden look like George W. Bush, and she is an outspoken member of “The Squad,” a particularly adversarial leftist enclave within the Democratic party.

Born and raised in Detroit, MI, Tlaib knows what it is like to see industry suddenly collapse in a major metropolis and the impact that poor government planning can have on economies and families. She is the first Palestinian women to become elected to the US House, and alongside her Democratic colleagues, pushes for significant change in Michigan and across the United States. She is also a staunch opponent of President Donald J. Trump and fights him through every step of the legislative process.

Who is Rashida Tlaib?

Rep. Rashida Tlaib belongs to a group of freshmen House members known as The Squad, which also includes Alexandria Ocasio-Cortez (New York), Ilhan Omar (Minnesota), and Ayanna Pressley (Massachusetts). Ocasio-Cortez and Tlaib are also members of the Democratic Socialists of America (DSA) and are the first female members of said organization to serve in the US House.

Tlaib, alongside her US House allies, wear their hearts on their sleeves despite their young age and inexperience in political matters. Rashida speaks up and is not inclined to wait to have her issues heard on Congressional floors, nor is she afraid to ask tough questions during inquiries. Tlaib is also a vocal supporter of the impeachment of Donald Trump and has gone on the record many times in opposition to his administration.

Is It Legal To Bet On US House Of Representatives Election Outcomes?

Las Vegas and other domestic sportsbooks do not accept wagers on the pollical odds that they advertise, as these are used for marketing purposes to get bettors into their normal sportsbooks. The only legal option for wagering on presidential election odds is to seek out an online sportsbook that is operating offshore.

Because there are no gambling laws that outlaw or mention offshore wagering online, bettors will not get into any trouble when doing so. Washington has passed laws that ban online gambling in all its forms, but we’ve yet to hear of any arrests for the “crime” of pollical betting on the web. Gambling laws target the providers of illegal wagering operations and not the bettors themselves, and offshore books are outside of US jurisdiction.

Representative Tlaib dominated her 2020 reelection race for Michigan’s District 13 US House seat, capturing 78.1% of the overall vote. Odds for the Rashida Tlaib 2022 race have yet to appear at offshore sportsbooks, and that could be due to her potential for another landslide victory.

The primaries will occur soon, with Tlaib facing off against a yet-to-determined field of DNC opponents. The Republican Party’s contender will emerge from the GOP primary as well, but will not be a likely odds getter against Tlaib in the general election cycle.

2022 US House Of Representatives Betting Odds

Can I Bet On Rashida Tlaib Now?

There are no odds available for betting on Rashida Tlaib at the moment, but there are odds that have been made available by offshore sportsbooks that allow for wagering on the balance of power in the US House following the November 2022 midterm election cycle (see above).

Because Tlaib is likely to be a heavy favorite, sportsbooks may decide not to post odds on her reelection chances. However, if they do, this page will be updated with those lines immediately.

How Much Can I Win If I Bet On Rashida Tlaib?

Unfortunately, there is no solid answer to this question because the odds and maximum bets vary from site to site and line to line. Even choices within a betting line will offer differing maximum bets. However, any bets you do come across will be based on the American moneyline system (much like government itself, ha!), which works like this:

Let’s say Tlaib is favored at -5000 to win reelection. That means that in order to win $100, you’d have to risk $5000. For most bettors, and especially depending on the site’s max bet limits, there’s no great way to make much cash. If an election sportsbook lets you place $500 on such a bet, the most you could win is $10.

Alternatively, Tlaib’s opponent may field odds of something like +2500. In this case, a $100 bet would payout $2500. That’s a much better deal, but your chances of winning any money at all will be dramatically lower.

Representative Tlaib is of Palestinian descent and is the oldest of fourteen siblings. Her parents immigrated to the Detroit, Michigan, area from Jerusalem, and because of their demanding work schedules, Rashida was needed to step in and assist with the raising of her younger siblings. Despite these difficulties, Tlaib was able to maintain her focus on her studies, earning a high G.P.A. and acceptance into college.

Rashida Tlaib excelled during her early academic career. In 1998, she graduated with a B.A. in political science from Wayne State University. She then moved on to study at Western Michigan University Cooley Law School, earning her JD in 2004.

Tlaib first stepped into the political arena when she accepted a position as a legislative aide for Michigan State Representative Steve Tobocman in 2004. When Tobocman became the House Majority Leader for the Democratic Party in MI, he hired Tlaib on as a permanent staffer.

When Tobocman reached his term limits in 2008, he convinced Tlaib to run for his seat. She won in 2008, as well as in 2010 and 2012, and was unable to run again due to a limit of three terms in the MI State House.  In 2018, Tlaib became the first Palestinian woman to ever become elected to the US House of Representatives when she won the 13th Congressional seat for Michigan. 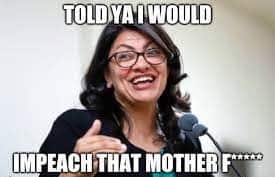 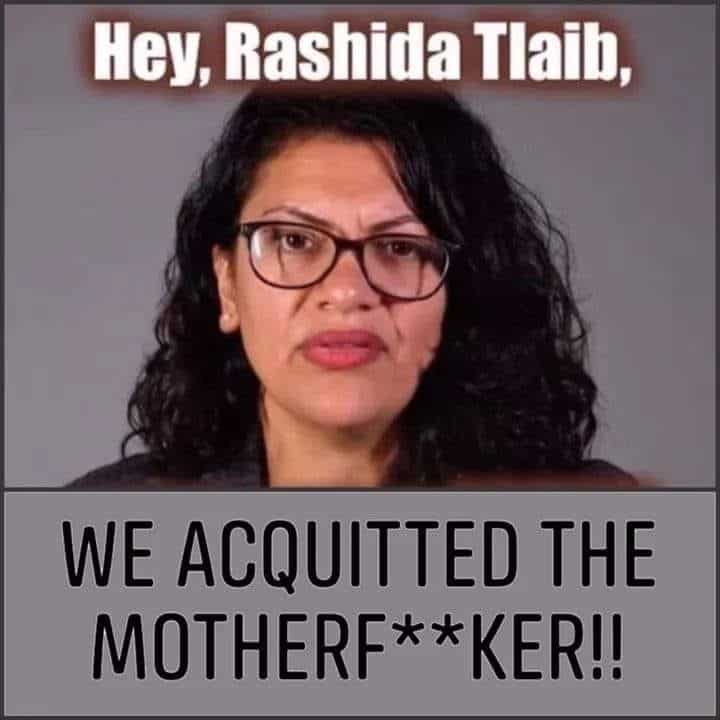 “It wasn’t an accident. Policing in our country is inherently & intentionally racist. Daunte Wright was met with aggression & violence. I am done with those who condone government funded murder. No more policing, incarceration, and militarization. It can’t be reformed.”

Where was Rashida Tlaib born?

US Congressman Rashida Tlaib was born in Detroit, Michigan, and has called the area home for her entire life, outside of her time spent in Washington, D.C. over the past few years.

What ethnicity is Rashida Tlaib?

Rashida Tlaib is Palestinian-American and was the first generation of her family to be born in the United States. Her parents immigrated to Michigan from Jerusalem in the early 1970s.

Where is Rashida Tlaib from?

Rashida Tlaib is from the hard streets of Detroit and grew up amid a lot of the activity seen in Eminem’s film 8 Mile. Rashida’s socialist leanings stem from her observations growing up in impoverished Detroit, a city that had lost its identity due to the decline of the automobile industry. For Tlaib, Detroit fell because it wasn’t regulated enough, which is why she advocates for more government influence in the workforce and manufacturing industries.

In February of 2020, Representative Tlaib was arrested for protesting for higher wages and healthcare for Delta Airlines employees. She was briefly detained and then released without incident.

Is Rashida Tlaib a Muslim?

US Rep. Tlaib is a practicing Muslim. She has recently been criticized by Muslim traditionalists for referring to Allah as “she,” but Tlaib has indicated that her comments are in line with her personal beliefs and that she means no harm.

How old is Rashida Tlaib?

What did Rashida Tlaib say about Trump?

After being sworn into office in January of 2019, Rep. Tlaib held a speaking engagement where she cut the following promo on President Donald J. Trump: “[W]hen your son looks at you and says, ‘Mama look, you won. Bullies don’t win,’ and I said, ‘Baby, they don’t,’ because we’re gonna go in there and we’re going to impeach the mother****r!” Charming. Also, Trump still won.

Is Rashida Tlaib an American citizen?

Yes, Rashida Tlaib was born and raised in the state of Michigan and has called the area home for over forty years. She qualifies to run for any office in the nation that her state residency allows for.