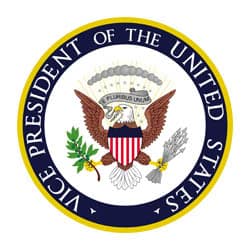 One of the most exciting parts of the election cycle – at least, once the main candidates are sorted out – is the selection of Vice President. And it’s also a major election betting market, as gamblers are eager to make money on guessing who a given candidate will pick as their running mate.

One of the biggest mysteries following the selection of each party’s Presidential nominee is who will be chosen as the Vice Presidential candidate and accompany them on the campaign trail. Joe Biden didn’t choose Kamala Harris until less than three months prior to election day, so it can be difficult to predict when VP futures odds will cash in.

Bettors can wager on VP nomination odds at the leading offshore sportsbooks that offer election betting lines. Once these lines or odds open up, then the earlier you get your wagers in, the better, as the payouts are typically more advantageous the further away the selection is.

Read on to find out how you can get the biggest possible payouts, find a betting site that you like, make a deposit, and place your bet today!

Front runner Joe Biden pledged to pick a female Vice President early on, and oddsmakers were convinced that he wouldn’t stray from that commitment. While his choice wouldn’t be the first woman to run for Vice President, it doesn’t happen often, so it’s a good chance to “make history.”

Political sportsbooks proposed from the beginning that Biden’s Vice President choice would not only be a woman, but she would also be a woman of color, as the VP odds from Bovada featured US Senator Kamala Harris in the lead for months leading up to the selection.

The sportsbooks got it right because, on August 12, 2020, Joe Biden selected Kamala Harris as his running mate and the Biden/Harris ticket was the first to land a female in the White House.

Republican odds for Vice President were available during the 2020 election cycle even though Donald Trump was the incumbent and already had Mike Pence as his VP. There was speculation that Trump would “fire” Pence (i.e. ask him to step down) and replace him with Nikki Haley in order to have a woman on his ticket to match what the Democrats will likely do, but he stuck with Pence who was the clear favorite.

Former Vice Presidents – Do They Help Or Hurt Presidential Campaigns?

If you’re going to bet on a presumptive VP selection, it can help to look at the strategic calculus of picks in the past. While we could dedicate a whole encyclopedia to past VP picks and the rationale behind them, we’re only including the last few Presidential races in this retrospective. The strategies seem to be timeless, so this brief list should be enough to help bettors make informed decisions now and in the future.

In 1992, Bush was seeking re-election, and partly due to the unending gaffes of Dan Quayle (aka Mr. “Potatoe” Head), he was the last incumbent to not win a second term. Clinton made a “safe” pick in Al Gore, which served him well. However, this race preceded the current heavy-handed trend of picking a token VP for targeting specific demographics, which wouldn’t become the norm until relatively recently.

This race was a foregone conclusion, with Clinton easily beating the Dole/Kemp ticket. Clinton stuck with Gore, while Kemp was an uninspiring pick by a feeble geriatric with little chance to win in the first place.

Al Gore’s Lieberman pick was not inspiring, and it likely cost him the Presidency in 2000, as the race came down to “hanging chads” in Florida. The contest was extremely close, but Bush’s pick of Cheney as a major career insider and international interventionist would be prescient and helpful, especially after the events of 9/11.

John Edwards would turn out to be one of the phoniest VP picks in history, given the scandals that came later. However, in 2004, he was simply ineffective and lacked the galvanizing panache that a VP needs to give his running mate a real assist. Meanwhile, the Bush/Cheney ticket was more or less unstoppable.

Barack Obama could have picked anyone as his VP in 2008 and won easily, as he was the ultimate galvanizer. The Biden pick was safe if cynical, as it locked up the moderate vote. On the other side, however, was where the token pick trend started for VPs. McCain chose Sarah Palin – the female Dan Quayle – strictly as a ploy to attract the female vote away from the left. It didn’t work, and it was transparent. But for bettors, the pick was obvious, and many made good money on selecting the former Alaska governor on the odds boards.

An unbeatable ticket on the left meant that Mitt Romney’s pick wouldn’t matter, and it didn’t. Paul Ryan is as establishment and vanilla as they come, and Romney lost easily. For bettors, races like this are tough when it comes to picking the likely VP, because it simply made no difference. It could have been anyone, because nobody offered Romney a clear tactical advantage.

While there were no token picks for VP in 2016, Tim Kaine was a safe wager for those in the know, as he effectively worked in concert with the Clinton campaign during the primaries for what many assumed was a secure VP slot. On the Trump side, nobody expected Pence to be the pick, because no radar in the world can penetrate the Trump Train and the tactics that drive it.

In 2020, there was the potential for Trump to ask Pence to resign and select a token female like Nikki Haley if there’s an advantage in doing so. Pence remained on Trump’s ticket, however, their run was ultimately unsuccessful.

How To Bet On Vice President Selection

Betting on the VP race is easy enough, as all you have to do is sign up at an offshore betting site. Since local domestic books don’t currently accept bets on politics, these sites are your only safe, legal options to make real money on Vice Presidential selections. The process is simple and takes about five minutes:

While political odds are available year-round, you can only find VP candidate odds once the primary field has narrowed considerably.

Local brick-and-mortar sportsbooks and domestic online betting sites don’t offer political betting lines. In most cases, there are no state laws against the practice, but it’s effectively a tradition that US sportsbooks refrain from offering odds on VP candidates and other election and political fare. This could change in the future, but for now, if you want to wager on politics, you can only do so at reputable offshore betting sites.

Is it legal to bet on the Vice President?

Yes! If you use a respected, legitimate offshore sportsbook to place your bets, you are breaking no federal laws in doing so. Millions of Americans wager on politics each election cycle, and it’s a pastime that is only growing in popularity. At the state level, only CT and WA bar online gambling (including election betting), but even residents of these states are accepted at offshore betting sites, and nobody from either area has ever been fined or arrested for betting real money online. Still, please follow all local laws when considering signing up at any online sportsbook.

Why do candidates wait so long to announce their Vice President running mates?

The VP pick is always a tactical move designed to boost a ticket by installing a running mate that picks up the slack in states where the main candidate performs poorly. As a result, Presidential candidates usually wait until all or most state primaries are over before announcing their VP choice. In primary races where one candidate is a clear favorite, the underdog may announce their VP pick sooner in the cycle. Typically, though, these announcements are made towards the end of the primary circuit.

No. However, the President can ask for the VP to resign or otherwise isolate him or her if they are considered a liability.

Can a former President be Vice President?

What are the Hillary VP odds?

There was much speculation that Hillary Clinton would accept a Vice Presidential position at the behest of an establishment candidate in 2020. The issue was raised in earnest when she said she’d consider running alongside Mike Bloomberg, but after Mini Mike dropped out, it seems less likely that front runner Biden and his camp would take a risk on her. Trump beat Clinton convincingly in 2016, after all, and she might be an anchor rather than an asset to the Biden campaign. Still, sportsbooks were accepting wagers on a Hillary VP selection.

What is the role of Vice President in the US?

The Vice President duties are often overlooked, with his or her most important task being that of tie-breaker in the Senate for any legislation that results in a deadlock. The VP also technically presides over all Senate deliberations. However, these Vice President jobs are mostly ceremonial. In practice, most VPs are saddled with leading various policy task forces as delegated by the President, and they also campaign for their running mates in various states during election cycles.

What is the age requirement for Vice President?

As with Presidential candidates, a VP must be at least 35 years old at the time of his running mate’s inauguration in order to be eligible for the post.

What is the Vice President salary?

Where is the Vice President house?

Who becomes President after Vice President?

If the President is incapacitated, dies in office, or is removed from office, the VP becomes the POTUS. However, if the VP is similarly unable to finish out the term, the official Presidential succession plan pegs the Speaker of the US House of Representatives as the next Commander in Chief.