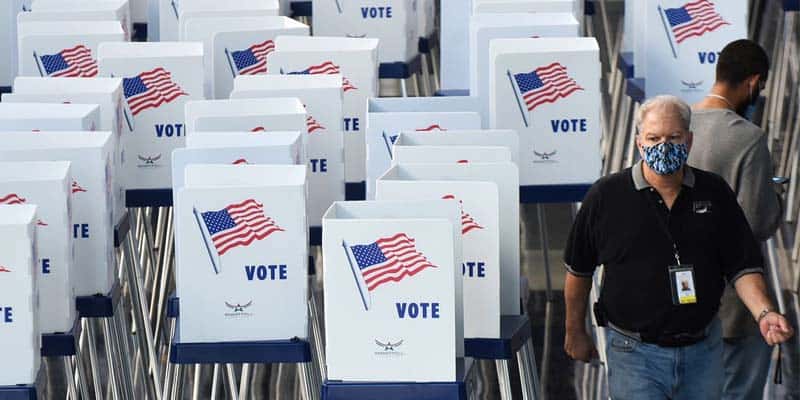 The 2022 Midterm Elections are less than five months away and candidates are hot on the campaign trail. Twenty US states have already hosted primary votes to determine party picks for November. Seven of these elections took place this past Tuesday.

Despite the impact of COVID-19,  this year’s season doesn’t look much different from the last. Still, many political pundits have dubbed the occasion as one of the most defining races of the 21st century.

Furthermore, they claim that the outcome of this election is bound to set the stage for 2024.

The US Senate and House are expected to turn red this year as issues with inflation, foreign policy, and COVID-19 response have weakened popularity among sitting progressives. US political futures suggest a landslide victory for Republicans.

The odds are as follows:

While, of course, progressives and conservatives are both vying to keep congressional control, the two have different goals in this election.

It seems that Democrats are gauging their prospects for 2024 and evaluating unity within the party. Meanwhile, the GOP is measuring the longevity of Trump-Esque politics and ideals.

What To Watch In Coming Months

Political analysts are keeping their eyes on five key states to watch for election trends. Arizona, Georgia, Michigan, Pennsylvania, and Wisconsin each flipped blue during the Presidential race in 2020.

We at PEO have been tracking the results of these party races as they’re released. In the table below, you’ll see who has already secured a spot on the ballot for their respective gubernatorial elections.

For those interested in political props betting, be sure to come back and visit our site. We will continue to update candidate lists and available betting lines as the season moves forward.