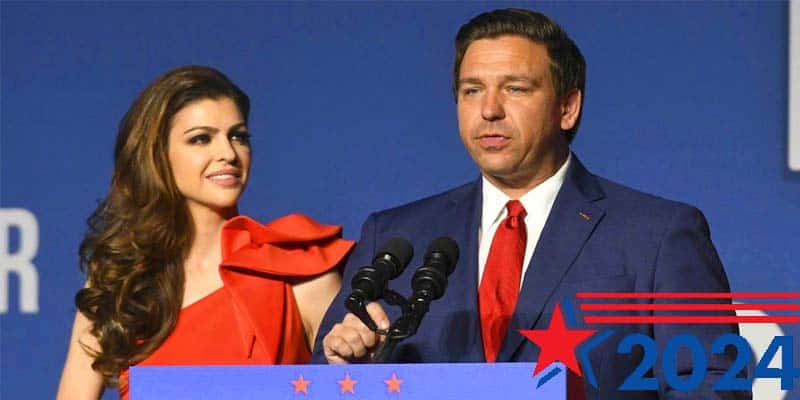 Before the 2018 elections, Florida Gov. Ron DeSantis was just your average state representative. With a few high-profile endorsements, DeSantis snatched the Governor’s seat and quickly turned the state into a flagship of conservative values.

DeSantis’ ambitions have traveled far and wide across the country, helping him to amass an enormous political base outside the Sunshine State. The Governor’s reach is unparalleled to even the most seasoned politicians.

All things considered, there is no doubt that DeSantis has longevity on his side. His political power and influence are expected to keep surging on an upward trajectory.

Still, no one could have expected that the Governor would begin preparing for a Presidential run—especially not this early in his career.

Online sportsbooks offering political odds now suggest that the Florida politician could secure the executive role in 2024. The line is as such:

It is surprising to see DeSantis ranking ahead of President Joe Biden on this proposition. Most Americans are familiar with the incumbent advantage.

Not only do sitting candidates typically enjoy the benefit of a financial head start, they often already have favorability and familiarity on their side.

However, the 2024 Presidential Election candidates are faced with a slightly different situation. Biden has been hit with repeatedly low approval ratings amid historic rates of inflation.

With a recession barreling at the nation faster than the consumer can keep up with, Americans are at a vulnerable point and are certainly in the market for a change.

Dems Undecided On A Candidate

But there is no guarantee of what kind of change the people will choose to bank on. Democrats have yet to pledge their allegiance to President Biden for another four years.

I’ll be the first to admit that the spread isn’t ideal for a Biden substitute. Even so, the DNC is no stranger to the wild card strategy. The risk might be worth taking. Still, a new face could make or break the party.

That has yet to be determined, but Democrats won’t be the last of DeSantis’ problems if he chooses to run for President. Donald Trump Sr. still ranks above every other candidate for both the Republican Primaries and General Election.

Trump’s political presence is still very much alive, even without an active seat to call his own. He stands to be DeSantis’ most worrisome opponent in the coming race.

DeSantis may decide to keep his state executive chair for a bit longer before taking a shot at the General Election. However, an opportunity like this may never come again.

The Governor already has endorsements from several influential figures including Joe Rogan and Elon Musk. A Presidential run could prove to be a success.