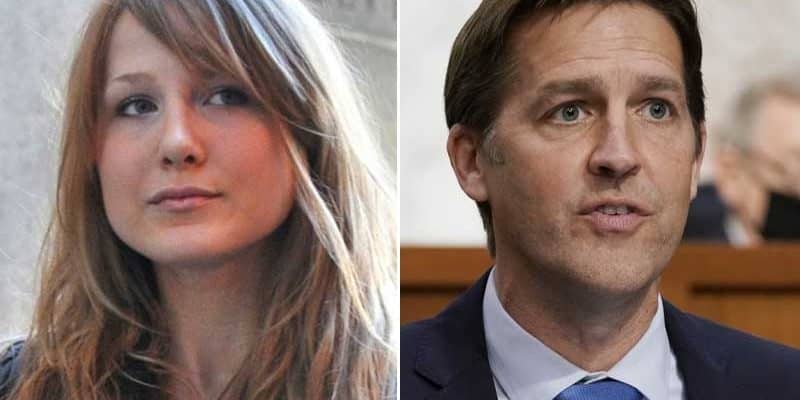 A motley crew of public figures has criticized President Donald Trump and his administration, and it is not your usual slew of hardcore liberal social justice warriors.

Recent dissent from Republican officials such as Cory Baker, Mitt Romney, and Ben Sasse calls into question the GOP’s future.

Even with substantial financial endorsements from the Koch brothers and Kelcy Warren, the CEO of Energy Transfers who owns the controversial Dakota Access Pipeline, the Trump administration raised $248 million in September compared to the Biden campaigns whopping $383 million in the same month.

Let us break down the figures criticizing the President.

Caroline Giuliani, daughter of Trump’s attorney Rudy Giuliani, took shots at both her father and the President in an interview with Vanity Fair.

“If being the daughter of a polarizing mayor who became the president’s personal bulldog has taught me anything, it is that corruption starts with ‘yes-men’ and women, the cronies who create an echo chamber of lies and subservience to maintain their proximity to power,” Caroline Giuliani stated.

We all have disagreements with parents, but this goes beyond the paltry “don’t come in my room, dad!”

She continued, stating, “we’ve seen this ad nauseam with Trump and his cadre of high-level sycophants (the ones who weren’t convicted, anyway).”

But Caroline voices a phenomenon that sends rifts throughout the GOP.

Now more than ever, the GOP’s firm solidarity to President Trump falters.

Across every form of governance, from dictatorship to democracy, a leader needs a supporting coalition to maintain power. For example, a military dictator needs to maintain the support (via the carrot or the stick) of a threshold of crucial military officials.

For the US, the coalition is more transparent. The winning coalition for a democratically elected official generally means the voters who gave them the majority, campaign funders, etc.

Within each political party, however, things get trickier. President Trump needs the support of key figures such as Rudy Giuliani, Lindsey Graham, and Mitch McConnell because the “lower totem-pole” politicians usually follow suit of the influential ones.

However, a threshold exists for those within the President’s winning coalition.

The coalition must receive something in return for their loyalty, and Trump, in many ways, does not provide anything in return. The lack of solidarity plus pressure from their constituencies, causes some GOP members to defect.

One of those people is Senator Ben Sasse, a Republican from Nebraska. Senator Sasse openly criticizes and mocks the “narcissism” of the President.

“The United States now regularly sells out our allies under his leadership, the way he treats women, spends like a drunken sailor,” Sasse commented when asked on his opinion on the President’s flaws.

Sasse voices a concern that many Republicans may have behind closed doors – that Trump hurts the GOP and drives the country farther left.

The GOP post-Trump direction remains unclear, and the conservative ideals that the administration attempts to strengthen may bury them.

The odds reflect this political “blue wave” that the administration fears.

Majority Control of the U.S. Senate

If Republicans cannot shake off the damage of Donald and restructure the party, then the Democrats may take back both the legislature and the executive branch.