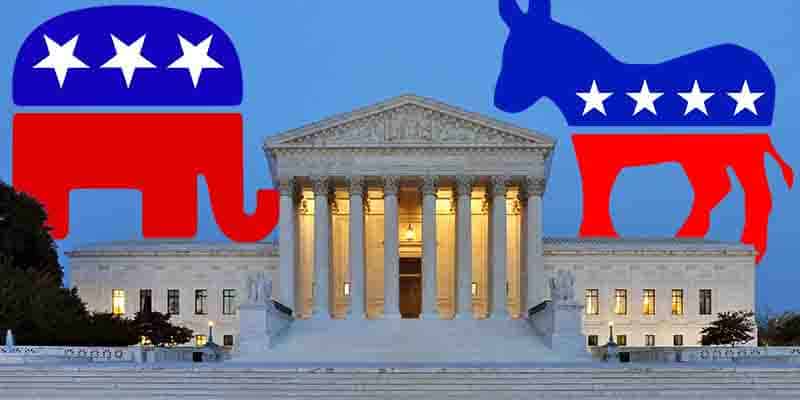 Supreme Court Justice Stephen Breyer’s upcoming retirement has President Joe Biden poised to appoint his replacement, but Senate Republicans are gearing up to block his recommendation should they receive a majority following the midterm elections of 2022.

Right now, the Democrats are clinging to a slim majority in the US Senate and are hopeful that the blue wave from last year will hold together just long enough to keep them in power throughout the remainder of Joe Biden’s tenure.

Replacing Justice Breyer with someone with a liberal track record should be of paramount concern for the DNC, but will it be enough to get voters in gear prior to November of 2022?

Online political sportsbooks are offering up odds for betting on the 2022 midterm elections that paint a dismal forecast for the Democratic Party, placing Biden’s SCOTUS selection in potential jeopardy.

Party To Control US Senate After 2022 Midterm Election?

The above odds for betting on US Senate elections suggest an overwhelming victory for the GOP in 2022, taking control of that legislative body and also retaking the reigns of the Senate Judiciary Committee that presides over SCOTUS nominations.

The current -275 moneyline odds of the Republican Party winning the US Senate in 2022 translate to a 73% chance of victory in the eyes of oddsmakers and bettors, and requires a lot more risk than the potential reward at political sportsbooks.

The Republican Party would have some decisions to make in regard to leadership if they earn a majority next year. Mitch McConnell and Lindsey Graham aren’t going anywhere anytime soon, but there could be calls from within for some new blood at the top.

“I’m not going to start talking about what might happen if I’m the majority leader.”

While McConnell was coy about any speculations regarding 2022 or beyond, Ted Cruz didn’t mince words regarding his consideration of a Joe Biden nominated Supreme Court Justice.

“If he nominated a radical leftist justice who would ignore the rule of law and undermine our constitutional rights, I can’t imagine a Republican Senate would confirm an extreme justice.”

US Senator From Texas, Ted Cruz

Expectations are that Justice Breyer will retire in June, meaning that GOP Senators won’t have to grandstand for very long in order to block any nominations that Biden offers up prior to November.

Could Breyer consider retiring earlier in 2022 in order to give the Democratic-led Senate more time to replace him with a like-minded Justice?

Not likely, as Justice Breyer is already on the record as being opposed to politicizing the processes of the judicial branch and intends to retire at a time that suits him best.

Now that talks are heating up on both sides of the aisle regarding replacement nominees, odds for betting on the next Supreme Court Justice with lists of potential candidates will begin to populate the boards of online political sportsbooks.

The GOP currently holds a 6-3 edge on the Supreme Court bench, and they are potentially 11 months away from a Senate majority that will allow them to ensure that any Justice that receives approval will fall at least somewhere near the center.