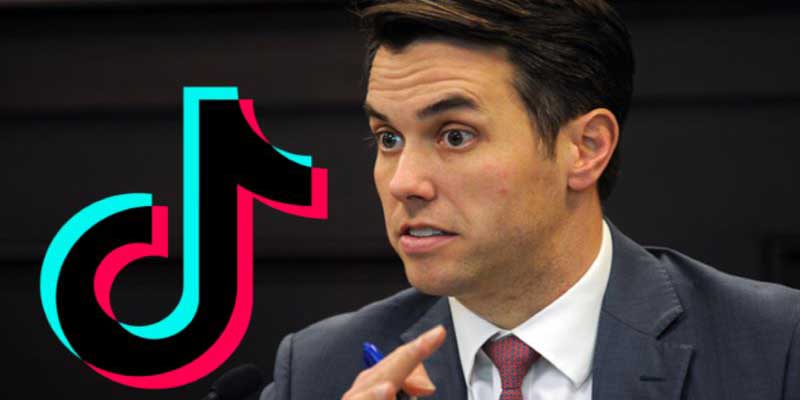 With preparations for the 2022 Midterm Election kicking into high gear, state politicians are looking into unique ways of getting their message to the public.

As a result, legislators are beginning to find their way onto TikTok, a short-form video platform. Social media has been a primary resource for political messaging for the past decade. However, TikTok is unique because of the lottery-style algorithm used to garner views.

On TikTok, even the smallest accounts can go viral. This is because the algorithm is based on more than just popularity. It factors in personal interests to bring users a variety of niche content.

Because political activism is a growing subject on the video-sharing app, it has become a ripe space for political advertisements. Namely, ones who employ comedy.

In just over 2 months, @kysenatedems has accrued over 90,000 followers on TikTok and over 2.7 million likes. It seems that state Senator Morgan McGarvey is the face of the page, although there are features from other Kentucky Democrats such as Senator Reggie Thomas.

The most viral video posted by @kysenatedems emphasizes their desire to legalize marijuana in the state of Kentucky. This video on the wildly popular, and often bipartisan, issue garnered over 1.6 million views in just two days.

Content on the democratic senate’s TikTok page is generally lighthearted, sometimes poking fun at their Republican colleagues. However, the short videos allow these legislators to briefly voice their opinions on topics ranging from casinos to incarceration.

Oh, that’s another thing! The Kentucky Senate Democrats are pro-casino. The account briefly proposed legal casinos as a solution to bringing much-needed revenues to the state.

This is a prime example of casually approaching legislative issues in normal-people terms. Because the conversation around gambling often has little traction among laymen, this may give way to future political sportsbook legislation. However, our point is besides that.

TikTok could potentially affect political betting lines and future elections. With the viral success found by @kysenatedems, you can be sure to see many other legislators follow.

For those interested in political betting, we suggest keeping an eye on TikTok and other emerging social media platforms. With many users falling away from Facebook, Instagram, and Twitter, those websites are no longer a strong gauge of political sentiments in the US.

2022 will surely be a midterm unlike any other, with candidates utilizing all of their resources to secure their seats. Political betting allows you to enjoy the show, coupled with the chance of making a few bucks on it. For information on betting legally in your state, click the Political Betting Guide tab under “Other.”