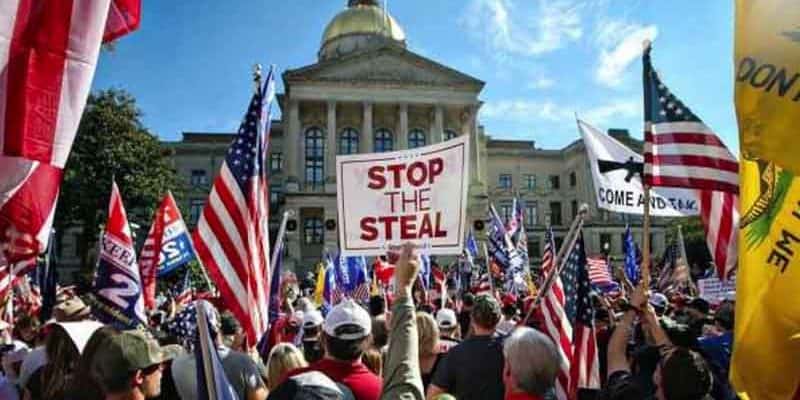 We have been covering the Georgia Senate runoff races regularly since the wrap-up of the 2020 Presidential election.

But is it really a wrap?

Recently a new “Boycott Georgia” movement has spurred around social media, most notably on Twitter and its less censored bother – Parler. The trend is a reaction against the loss of Donald Trump in the general election, and especially his loss in Georgia.

Here are some examples of comments proponents of the movement are making.

Never vote Republican again! They’re letting Trump down so we should let them down. Until they put Trump back in the white house no Republican should vote!

If you’re in Georgia, Boycott the runoffs or write-in Trump on the ballot (just write TRUMP anywhere on teh ballot). Loeffler and Perdue havent supported Trump. They’ve shown their true establisment colors. Show your suport for the president! #FightforTrump #boycottGA

Republicans will boycott this Georgia senate runoffs to protest against a rigged system that #CrookedPerdue and #CrookedLoeffler are a part of. They abandoned our President in Georgia. No audit, no more vote.

The hashtags #CrookedLoeffler and #CrookedPerdue are trending among anti-election, pro-Trump activists. The Republican party has been slow to acknowledge President Trump’s defeat. Still, Mitch McConnell’s recent concession has led the way for other top GOP lawmakers to distance themselves from the President’s voter fraud rhetoric.

And Trump loyalists are not so happy about that.

Seeing the election as truly rigged, Trump and his acolytes have sewn a rift in the party between them and the establishment Republicans. Any GOP member that is not actively vying for Trump’s fatigued rigged-election allegations have become bedfellows with the “radical communist” Democrats.

While GOP top-dogs like Mike Pence have urged Georgians to go out and vote for the future of the Senate, and therefore the country, Donald Trump’s recent tweets have done little to assuage the patriotic charisma of his fan base.

To preserve the progress that we’ve made and to protect our values and our liberties, we need you to VOTE, Georgia. Vote to send @Perduesenate and @KLoeffler back to Washington, DC! Vote to Defend the Majority! pic.twitter.com/1dpSASDKpz

.@senatemajldr and Republican Senators have to get tougher, or you won’t have a Republican Party anymore. We won the Presidential Election, by a lot. FIGHT FOR IT. Don’t let them take it away!

Tweets are more than anything – just Tweets. But, this set of opposing comments from Mike Pence and Donald Trump highlights the big problem that stands in front of the Republican Party: how to proceed in a post-Trump world, and how the GOP maintains Trump’s voter base after ushering the populist out of office?

While only time can answer these questions, the one on our minds is will this social media buzz have any tangible effect on the Georgia Senate election odds?

New moneylines show that the race will be tight, and a possible mass boycott may be the extra push needed to swing the odds in the Democrats’ favor.

And just for continuity’s sake, here are the odds on the Georgia Senate races’ outright winners.

Which Party Will Control The Senate After the 2020 Election?

Moreover, one sportsbook, BetOnline, dropped a new odd for the bid to implode the Atlantic City Trump Plaza Hotel and Casino.

The city recently agreed to demolish the structure, which has been left abandoned and in deteriorating condition after bankruptcy in 2014. Now, Atlantic City residents can bid to push the “explode” button.

Atlantic City Mayor, Marty Smalls, predicts the highest bid will exceed one million dollars. The proceeds will go to the Boys and Girls Club of Atlantic City, a non-profit providing services to at-risk children and teens in the area.