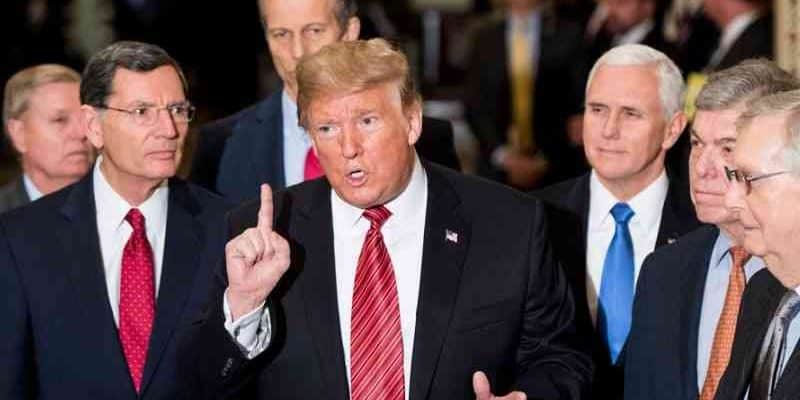 The 2020 Presidential Election is over. Joe Biden has been declared the next POTUS by political betting sites and has even been acknowledged by current GOP Senate Majority Leader Mitch McConnell.

Donald Trump, however, is a fighter, and he intends to battle the results of the 2020 election until, well, forever. Losing is not an option for President Trump, and if all goes well for him, he’ll win again in 2024 and use that victory to confirm his theories surrounding his 2020 loss.

That’s not to say he hasn’t taken his fair share of losses. He has. But he doesn’t acknowledge them. He seems to wear them as a badge of pride and allows them to serve as a reminder of a blemish that he needs to correct. A win waiting to happen.

On January 6th, Trump appears to be positioning himself for a Congressional intervention that will declare the results of the 2020 Presidential Election to be fraudulent, and that the final tallies should not be honored.

We’ve often stated in the past that political betting odds are more reliable than poll results, as bettors tend to remove bias when risking financial assets, and international sportsbook sites move the lines based on action.

Sportsbooks offering Presidential odds also use the same logic when paying out on winning bets, so the fact that wagers placed on Biden vs. Trump have already been cashed, that can only mean one thing. The 2020 Presidential Election is officially over.

Well, not officially, but using the betting odds and applying probability, Joe Biden will ascend to the Oval Office on January 20, 2021.

Trump is likely positioning himself for further political relevance and a 2024 White House bid, but he should be concerned regarding the balance of power on Capitol Hill upon his departure.

Current US Senate odds still favor the GOP, but the margins in Georgia are slim. With the bombardment of campaign advertisements on television and other media, and considering Georgia’s recent flip to blue in the Presidential Election, anything is possible.

The proposed date of Trump’s intervention falls on the day after the votes in Georgia’s US Senate runoff election will be counted. Timing is everything, but could Trump’s schedule signal the potential for the Republican candidates in GA to lose and shift the balance of power in D.C.?

The odds for the Democratic Party to seize a majority in the Senate may appear dire, but Raphael Warnock has a nearly even chance of winning, and Jon Ossoff is not too far out of contention either.

Even if both of these seats are won by the DNC, the GOP would still hold a 50-48 advantage in the Senate.

What would make that problematic for the Republicans is that Senate President and Vice President-Elect Kamala Harris can issue a tie-breaking vote, and with folks like Mitt Romney around, that could mean that more often than not, left-leaning interests will be the victor.

That’s the beauty of the American political system. Everything is in front of the citizenry for them to decide upon, and all the stakes are laid out on the table. Voters and bettors simply need to take action to profit from the results while there is still time.