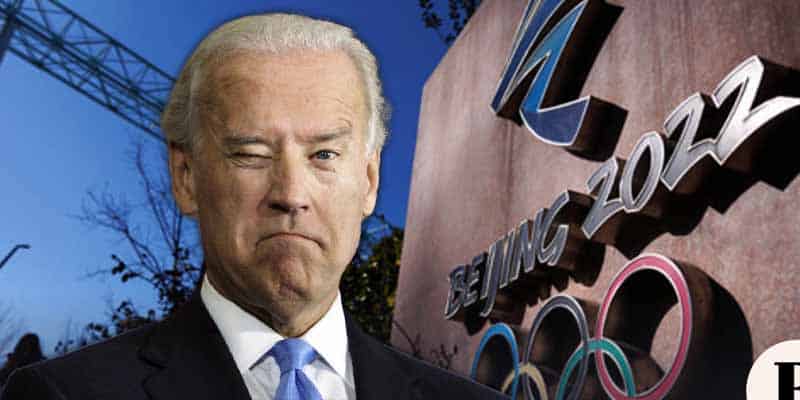 US President To Bet On An Olympic Boycott; Canada And Others Expected to Follow

Political future odds and sports betting lines for the 2022 Beijing Winter Games have officially merged and now look different than they have in recent years. In November, President Joe Biden told reporters that he and Canadian Prime Minister Justin Trudeau were considering a diplomatic boycott of the games.

Tensions High Between China and US

This statement came only days after Biden’s virtual summit with Chinese President Xi Jinping. During the meeting, President Biden pressed the Chinese leader to take action to end alleged human rights abuses in the Xinjiang region, Tibet and Hong Kong.

Little progress came out of the meeting, as both parties dug heels into the ground. Xi denied Biden’s accusations, just as Biden held firm on the subject of US interests abroad.

As a result, talks about a diplomatic protest have increased in both volume and frequency across US party lines.

A 2022 Beijing boycott wouldn’t necessarily bar athletes from competing. Countries engaged in a diplomatic protest would simply refrain from sending delegates to the event.

Still, some US politicians and human rights groups insist that a complete withdrawal from this year’s Games is the only way to ensure a meaningful change in China.

Boycott Talks Come To A Boil

It remains unclear whether a boycott would be an effective approach to human rights abuses. Even so, US political leaders such as Speaker Nancy Pelosi and Senator Tom Cotton are pushing forward on the matter.

Because of Biden’s very public statement, the pressures are now on for US allies to follow suit if the President should boycott the Games.

The US Olympic and Paralympic Committee would each have to sign off on a request to protest before any action could be taken by government officials. As it stands, the Committee has stated that all discussions on the subject aim to prioritize athletes.

“[Prior boycotts] have been shown to negatively impact athletes while not effectively addressing global issues… We believe that the more effective course of action is for the governments of the world and China to engage directly on human rights and geopolitical issues.”

Kate Hartman, Spokesperson for the US Olympic Committee

As expressed above, this wouldn’t be the first time that the US has boycotted the Olympics. Arkansas Senator Mitt Romney wrote a letter to the New York Times in March, citing the political failure of having pulled out of the Moscow Games in 1980.

Instead of inciting change, these actions reportedly gave the Soviet Union “tools of propaganda.” Even so, the US seems to have more global backing on the subject of protest than ever.

How To Bet On The Olympic Boycott

More buzz is sure to come as the Winter Olympic Games are just three months away. But if you’re interested in getting in on these early boycott odds, be sure to hop on them before they disappear!

US Diplomatic Boycott of Winter Olympics?