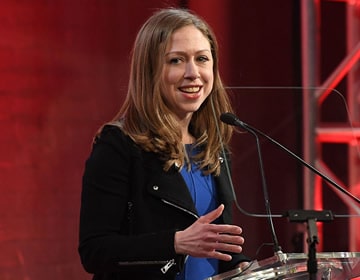 2020 Election Set To Lose A Clinton

Even though the 2016 campaign cycle is still fresh in everyone’s minds, there is already plenty of dialogue regarding the 2020 election. The most interesting thing worth noting are the potential candidates that are popping up. There are several major political figures being touted as well as some outside celebrity candidates.

One potential candidate is Chelsea Clinton, the daughter of former President Bill Clinton and former Secretary of State Hillary Clinton. However, Chelsea recently spoke out on her ambition to run, saying that she would in fact not be running for public office.

The 37-year-old has often been projected to run for some political office, including Congress, City Council, Senate and even the presidency, but Clinton has never formally campaigned for any of these positions. Clinton says she supports her state’s political figures.

While she doesn’t support current President Trump and his views, she doesn’t see herself as the solution to that problem. She is often surprised at the amount of stories coming out about her running for public office. She believes young people should get involved with politics, at the very least stay up to date with your representatives, but her role as President appears to be hypothetical.

Oddsmakers have her amongst the long list of potential candidates for the 2020 election. Clinton is listed at +12500 odds of winning the election. Betting on politics may seem to be a little farfetched, but it has emerged as a popular wagering option.

Most offshore sportsbooks offer betting lines on politics, including political elections from all around the world such as the US presidential election odds. You can even bet on President Trump’s tenure as President—his speeches, whether he’ll go the full term, etc.

The odds will change on the potential candidates as the next election grows closer. The list of candidates will fluctuate as names are stricken from the list while others are added. In regards to Chelsea Clinton, there’s a chance that she could still run. After all, the 2020 election is still a few years out and her stance could change. The same can be said for any other potential candidate.

Chelsea’s views echo those of her mother, who recently lost out on the office of the President to Donald Trump. Hillary Clinton is also expected to run for office again in 2020, so in the event Chelsea does decide to run, a mother-daughter aspect would certainly shake things up a bit.

Chelsea could rally the support that her mother had, a feasible possibility given her views on issues like immigration, gun control, abortion and more. Chelsea said in an interview how she would “ask and answer” questions regarding her political ambitions should someone step down or something significant happen, but she is remaining neutral as far as leading any more suspicions.

Political betting is a new aspect of the gambling landscape. There are people on both sides of the issue in terms of support and opposition, but the fact remains that those betting lines are still available for anyone interested. Chelsea is still listed in the books as a potential winner, but her recent comments may deter bettors from wagering on her.

Things could change, and anyone could run, so these betting lines will be updating constantly over the next few years.