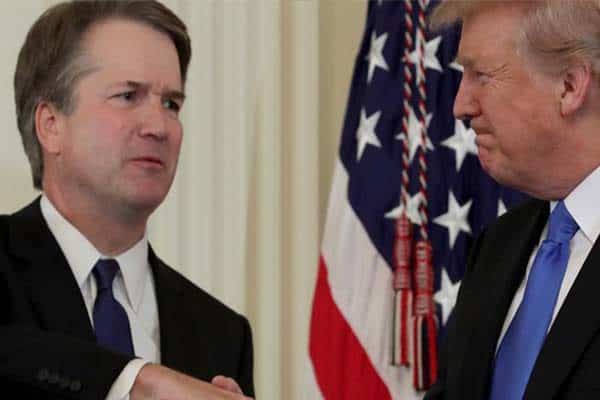 A peek into the Kavanaugh Hearings

Supreme Court pick Brett Kavanaugh has yet to be confirmed by the Senate as confirmation hearings continue. Kavanaugh’s past political statements have been gaining media attention as the four-day hearings come to a close. Senators, citizens, oddsmakers, and everyone in between watch closely as Kavanaugh strategically maneuvers this once in a lifetime opportunity.

Speculation circles that Kavanaugh may have been picked to protect President Trump as his case will be heard by the Supreme Court. Nevertheless, he currently serves as a judge on the U.S. Court of Appeals for the District of Colombia and was handpicked from a list of 25 potential picks. Judge Kavanaugh has been endorsed by nearly all Republicans in the Senate but he has not been endorsed by a single Democrat.

Many protesters have assembled both inside and outside the doors of the Courts as senators such as Senator Cory Booker and Senator Kamala Harris fire questions on various social and political issues. Judge Kavanaugh remains neutral in his answers as he strives to remain “three zip codes” away from politics. However, many members of the public see his conservative views as very indicative of the Republican agenda to put restrictions on and possibly overturn Roe v. Wade.

Regardless, Judge Brett Kavanaugh’s chances of becoming the newest Supreme Court justice look very promising. He has garnered the support of much of the Republican party as the Senate confirmation hearing comes to a close. With only a simple majority of 51 Senators needed for Judge Kavanaugh to be confirmed, there are currently 51 Republicans filling Senate seats. As betting lines allow gamblers to bet on whether he will be the next Supreme court pick, oddsmakers have already done the math, deeming Kavanaugh’s confirmation extremely likely.