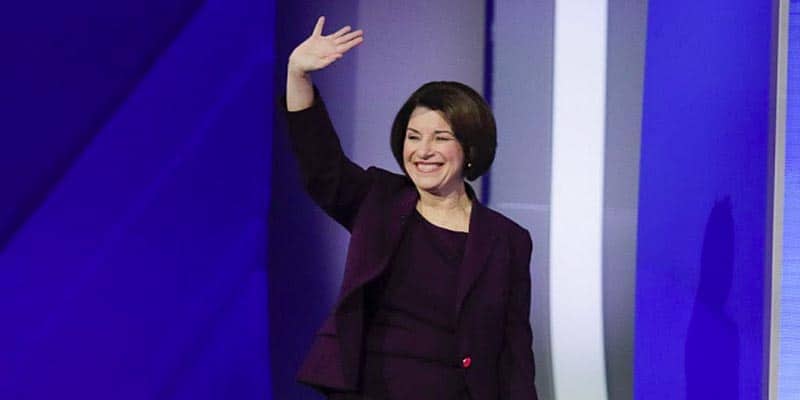 With Joe Biden narrowing his Vice-Presidential options down to a final four (maybe), US Senator from Minnesota Amy Klobuchar has removed her name from contention.

Her name was not listed among the four VP candidates that Biden’s campaign is vetting, so perhaps she made the call before someone made it for her.

Either way, it is a good political move, as she exited the race citing the need for Biden’s campaign to select a “woman of color,” per a Politico report.

The four candidates that Biden is allegedly considering are all African American and are all female. These two demographics could prove incredibly valuable to Biden in his 2020 Presidential election efforts.

One reason is that protests supported by the Black Lives Matter movement are ongoing around the country and seem poised to continue until significant change has been enacted.

Adding an African American candidate to the ticket will certainly indicate a position that is favorable to the current protests over unjust police brutality toward black people in the wake of the killing of George Floyd at the hands of the Minneapolis Police Department.

Selecting a woman VP will also – cynically – help place a Band-Aid on sexual harassment allegations that have been levied against Biden in recent months. Having a woman endorse his campaign and stand alongside him in unity will likely go a long way toward assuaging Democrat critics who are of the opinion that the accusations made against Biden are true.

Below are betting odds that have been provided by political sportsbook Bovada, and they reflect the new standings after Klobuchar exited the race on Thursday.

Four of the women that Biden’s campaign is currently vetting are in the top 5 on the betting odds. Although Biden has selected Kamala Harris, Val Demings, Susan Rice, and Keisha Lance Bottoms for further evaluation, there is still the potential for other candidates to be considered.

Of those four, the VP candidate that makes the most sense is US Representative from Florida, Val Demings, and here’s why:

Demings’ background as the Chief of Police for Orlando’s Police Department gives her valuable insight into the tactics that are used by law enforcement. Politicians can say what they will about the procedures that cops employ, but Demings speaks from experience, and her words express an authority that other candidates cannot hope to match.

Representative Demings’ home state is Florida, and the Sunshine State’s precious electoral college vote total (29) are what helped deliver the presidency to Donald Trump in 2016. Demings could make the difference in Florida (which Trump won by under two percent), and that could be just enough to secure the win for Biden in November.

The betting odds are enticing for Demings’ chances as well. A wager of $100 on her to secure the VP nomination will earn a cash payout of $450 if it happens.

Biden could announce his nominee at any time now, so get in on these advantageous betting odds before they disappear.