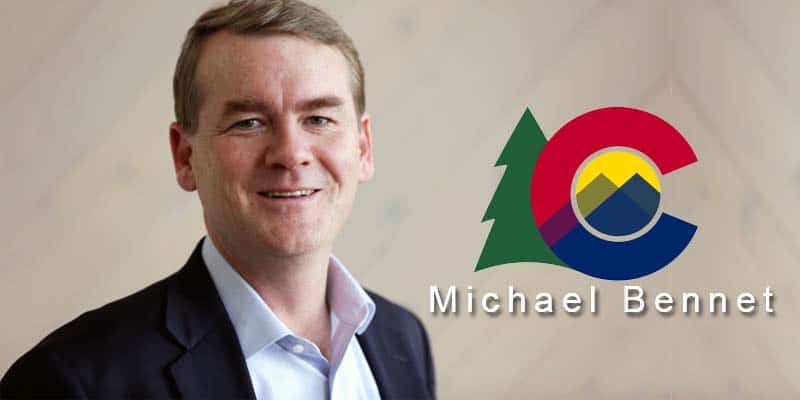 Another Democratic Candidate In A Crowded Room

Colorado Senator Michael Bennet announced today that he is pursuing the Oval Office in 2020.

Senator Bennet told CBS This Morning that “This country faces two enormous challenges, among others: One is the lack of economic mobility and opportunity for most Americans and the other is the need to restore integrity to our government.”

Senator Bennet is the seventh Senator to enter the Presidential race. Since Bennet is the newest addition to the 2020 Presidential Candidates he will be behind everyone in fundraising and will have to make exponential strides to catch up.

Bennet will also have to do a lot of work to stand out in an already crowded field. So far there are already six women, six candidates of color, and an openly gay mayor running for the oval office in 2020.

Bennet told media sources he has a tendency to tell the truth to people in Colorado and wants to bring that trait to the world stage. He also said that he has won some very tough election races in the purple state and that he has a history of bipartisan work.

Bennet is building his candidacy on his bipartisan views. He strongly opposes a single-payer health care system and wants to build on Obamacare. Bennet was recently quoted throwing shade at his own political party stating the Democratic party does not stand for much at the national level.

Senator Bennet was elected Senator of Colorado in 2009 after he served as the superintendent of Denver public schools. Bennet has also served as chief of staff to then Mayor and now 2020 Presidential candidate John Hickenlooper.

Senator Michael Bennet was diagnosed with pancreatic cancer six months ago. He told his supporters that if he was declared 100% cancer free he would run for President of the United States. Below is a recent video of Senator Bennet talking about his beliefs on healthcare.