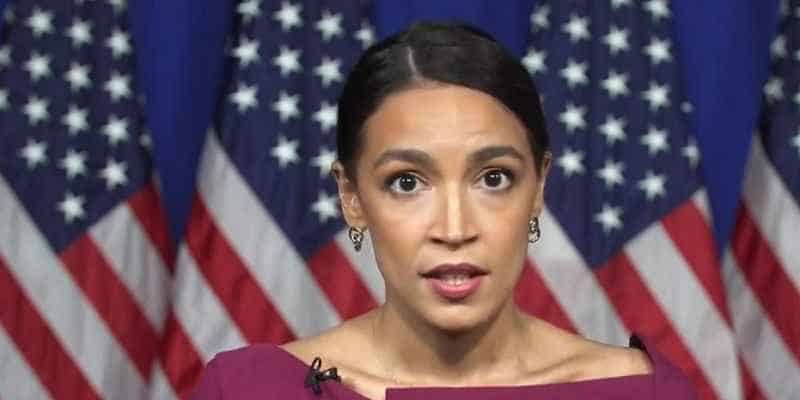 The Democratic National Convention has completed two of its four days with participants giving their speeches remotely to comply with COVID-19 regulations, as the last thing any politician needs right now is to catch the virus and stir more panic.

Over the course of the first two nights, many distinguished speakers heaped praise upon presumptive Democratic nominee for POTUS, Joe Biden, and endorsed him to carry their political party’s banner to campaign for the Oval Office.

Enter Alexandria Ocasio-Cortez. Her message was brief, impassioned, and included remarks that advocated for many of her campaign positions such as civil rights, healthcare for all, and an endorsement for Bernie Sanders as the next President of the United States.

After a several-hour Twitter battle with NBC News, AOC convinced them to retract their blurb about her endorsing Sanders, instead insisting that she had previously endorsed Joe Biden.

Although her demands seem a little off, upon further examination, she was requested to endorse Sanders by the DNC, and that it served as a procedural function for the Committee.

For those that are looking to bet on AOC to win her reelection bid for her Congressional seat, you’re out of luck. She has already won another 2-year term in the US House by defeating her opponents in the Democratic Primary, as the GOP did not produce a candidate to run against her in this year’s election.

Unlike some of Ocasio-Cortez’s friends in the House of Representatives, she’s got her election wrapped up and has freer reign to speak in a more radical fashion than those that still have general election cycles to complete in November.

Perhaps that is why AOC was chosen to endorse Sanders, as she could do so without negative effect to any ongoing campaign.

Because the eventual balance of power in the US House is such a foregone conclusion, a previously offered betting line did not draw much action and has been removed from the board.

The closest anyone can come to betting on US House election outcomes with political sportsbooks at the moment is by wagering on the overall balance of power of both legislative bodies.

The following US House and Senate odds have been provided by Bovada Sportsbook and suggest that the Democratic Party is in line for a sweep this November.

These odds present the real possibility of the Democratic Party seizing control of the House, Senate, and White House this fall, and would create a clear, 2-year, legislative mandate for Joe Biden if he is elected as the next President.

There is still much doubt as to whether the DNC can gain control of the Senate, and we’re not seeing any particular races where they are dominating the GOP candidate in the polls.

Perhaps the safe money is on a Democratic House and a Republican Senate and the +220 odds placed on its chances of occurring. A $100 wager will earn $220 if the GOP can finish strong. The Republican odds are not likely to get much lower, so the payout potential has likely peaked.