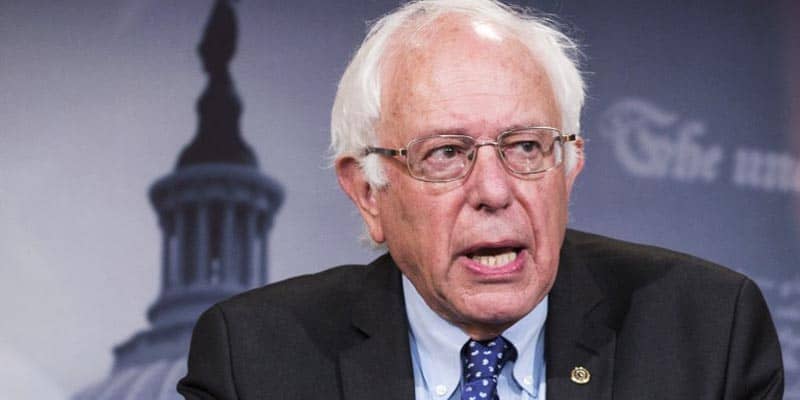 Will the American voters feel the Bern in 2020? The odds look promising for the Vermont senator this time around.

Sen. Bernie Sanders officially announced on Tuesday that he is running for president in 2020 and is launching his second consecutive presidential campaign to seek the Democratic nomination.

“I’m running for president. I am asking you to join me today as part of an unprecedented and historic grassroots campaign that will begin with at least 1 million people from across the country” Sanders said in a tweet.

I'm running for president. I am asking you to join me today as part of an unprecedented and historic grassroots campaign that will begin with at least 1 million people from across the country. Say you're in: https://t.co/KOTx0WZqRf pic.twitter.com/T1TLH0rm26

Following the announcement, oddsmakers at Bovada and BetOnline listed Sen. Sanders as one of the betting favorites to win the White House in 2020.

The current betting odds by both sportsbooks put Sen. Sanders into the top 5 most likely candidates to win in 2020, and only President Trump, Sen. Kamala Harris, former Rep. Beto O’Rourke, and former Vice President Joe Biden have a better chance of winning in 2020, according to the oddsmakers. Additionally, Sen. Amy Klobuchar tied with Sen. Sanders for fifth place at BetOnline.

Sen. Sanders, despite losing in 2016, managed to gain a huge following as a democratic socialist and is credited for igniting a shift toward more progressive policies within the Democratic Party.

As to what made him decide to seek the presidency for a second time, Sen. Sanders listed income inequality, health care, climate change, student debt, gun violence, and the wrongful treatment of undocumented immigrants for why he is jumping into the 2020 presidential race.

Sen. Sanders has been one of the biggest and well-known critics of President Trump and has delivered numerous responses via social media. Today, during an interview with Vermont Public Radio — where he first announced his 2020 campaign — he called President Trump “an embarrassment to our country.”

“I think he is a pathological liar,” he said. “I also think he is a racist, a sexist, a homophobe, a xenophobe, somebody who is gaining cheap political points by trying to pick on minorities, often undocumented immigrants.”

President Trump has yet to respond to Sen. Sanders remarks or his 2020 campaign announcement.

However, Sen. Sanders has stressed this campaign is “a continuation of what we did in 2016” and is not about President Trump or even himself, but is about focusing on the needs of the American people, making “Not me. Us.” his campaign slogan.

As a result, Sen. Sanders said the campaign is about ensuring equality for all people and fixing the “rigged system” that is the American economy, where the current wealth gap sees approximately 38% of all privately held wealth in the United States go to the richest 1 percent, who own more wealth than the bottom 90 percent.

When asked how the presidential campaign in 2020 will differ from his first run in 2016, Sen. Sanders gave a confident answer.