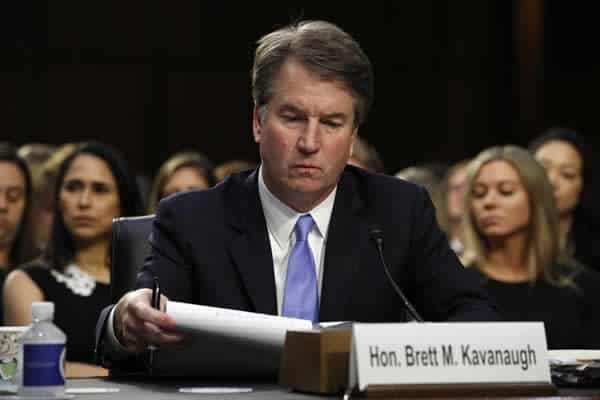 At least we won’t have to wait a week to bet on who will be the next Supreme Court Justice.

Below are current odds on Kavanaugh-related betting lines as of Friday afternoon.

Will Brett Kavanaugh be confirmed as the next Supreme Court Justice?

Who will be confirmed as the next Supreme Court Justice?

What position will Brett Kavanaugh hold on December 31, 2018?

Lead bookmakers are currently favoring Judge Kavanaugh to be confirmed as the next Supreme Court Justice and favors Senator Flake voting yes to confirm in addition to Mark Judge, a friend of Judge Kavanaugh, not publicly testifying.

However, Senator Jeff Flake (R-Arizona) voted to approve the nominee on the condition to delay the vote going to the Senate floor for one week while the FBI investigates multiple sexual assault allegations against Judge Kavanaugh are true.

President Trump ordered the limited, one-week FBI probe into the sexual assault allegation made against Kavanaugh after the committee meeting concluded.

“I’ve ordered the FBI to conduct a supplemental investigation to update Judge Kavanaugh’s file,” said President Trump in a statement. “As the Senate has requested, this update must be limited in scope and completed in less than one week.”

As requested by the Judiciary Committee, the FBI will investigate “current credible allegations” against Judge Kavanaugh, and Republicans said the FBI will ultimately determine what allegations are to be considered credible.

This comes after Thursday’s confirmation hearing involving testimonies from Christine Blasey Ford and Judge Kavanaugh with Ford alleging he sexually assaulted her at a party when the two were in high school.

During the hearing, Ford claimed she is “100 percent positive” it was Judge Kavanaugh who sexually assaulted her, while Judge Kavanaugh vehemently denied the allegation made by Ford and criticized Democrats for turning his confirmation hearings into a “national disgrace.”

Regardless, no one is certain how this next week will play out or what the FBI will or won’t find out during its investigation.

Currently, most prominent bookmakers have all the Kavanaugh-related betting lines closing at midnight eastern time on October 31, 2018.