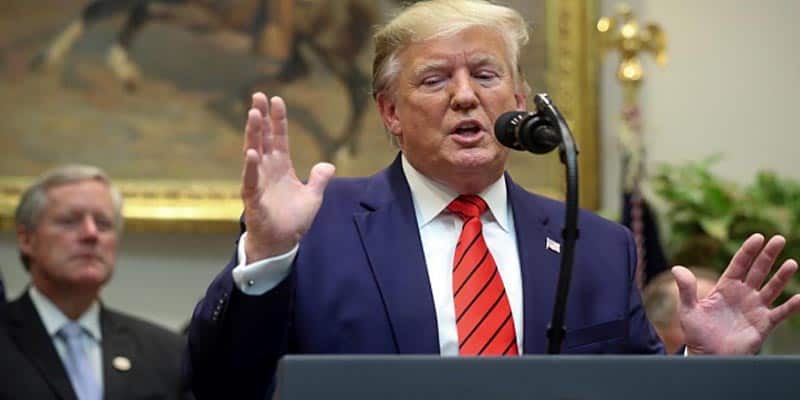 Democrats and Republicans don’t usually agree on much, especially when it comes to President Donald Trump.

However, after Trump’s decision to withdraw American troops from northern Syria and leaving the Kurds open to attack from Turkey, party members on both sides of the aisle are expressing their concerns regarding the life of our allies and a resurgence of ISIS.

After a phone call with Turkish President Recep Tayyip Erdogan, the Trump Administration announced on October 6 that US forces would be removed from the Syria-Turkey border to allow Turkey to move forward with “its long-planned operation in Northern Syria.”

Shortly after the US withdrawal, Erdogan confirmed the launch of a military operation in northern Syria on Twitter.

Translated from Turkish, the tweet reads: “Together with the Syrian National Army, our Turkish Armed Forces launched the Operation Spring of Peace against the PKK/YPG and Daesh terrorist organizations in northern Syria.

“Our aim is to destroy the terror corridor which is trying to be established on our southern border and to bring peace and peace to the region.”

Trump did say, however, that he did not endorse a Turkish attack on the Kurds, a group Turkey considers a terrorist organization and a security threat.

According to Trump and his “great and unmatched wisdom,” if Turkey were to do anything that he considered “off-limits,” he will obliterate their economy. The President did not specify what he considers an inappropriate act by Turkey.

As I have stated strongly before, and just to reiterate, if Turkey does anything that I, in my great and unmatched wisdom, consider to be off limits, I will totally destroy and obliterate the Economy of Turkey (I’ve done before!). They must, with Europe and others, watch over…

Since Trump’s decision, many of his supporters have disavowed his actions. Lindsey Graham (R-SC) tweeted that the Kurds “have been shamelessly abandoned by the Trump Administration,” and even urged the President to “change course” on his decision.

Pray for our Kurdish allies who have been shamelessly abandoned by the Trump Administration. This move ensures the reemergence of ISIS.

I urge President Trump to change course while there is still time by going back to the safe zone concept that was working.

Marco Rubio (R-FL) fears that the removal of troops will create long-lasting damage for America’s reputation.

At request of this administration the Kurds served as the primary ground fighters against ISIS in Syria so U.S. troops wouldn’t have to.

Then cut deal with Erdogan allowing him to wipe them out.

Damage to our reputation & national interest will be extraordinary & long lasting.

Other Republicans, including Liz Cheney (R-WY) and Susan Collins (R-ME) lament that Trump’s decision was poor strategy and leaves Kurds susceptible to slaughter.

Hearing the criticism, Trump defended his stance yesterday by saying the Kurds are fighting for their land and “they did not help us in the Second World War.”

“They’re there to help us with their land, and that’s a different thing,” Trump added.

On Twitter, after posting that the Kurds and Turkey have been fighting “forever” and he is trying to end the “endless wars,” Trump says he is watching the situation closely.

….the area and start a new war all over again. Turkey is a member of NATO. Others say STAY OUT, let the Kurds fight their own battles (even with our financial help). I say hit Turkey very hard financially & with sanctions if they don’t play by the rules! I am watching closely.

Poor foreign relations have plagued Trump for the last few months, beginning with the whistleblower complaint stemming from a July phone call with Ukraine that sparked an impeachment inquiry, followed by the public request to China to investigate the Bidens, now with the controversial decision to withdraw American troops from Syria.

Nevertheless, Trump is still the favorite to win the presidential election in 2020 with +125 odds.