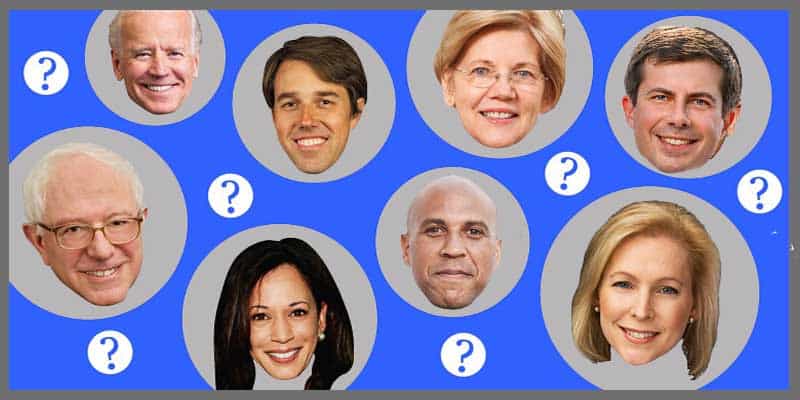 Based on current metrics, 21 candidates have qualified for the July 30-31 Democratic debate in Detroit, Michigan. For now, candidates only need to surpass 65,000 unique donors or earn 1% in three separate polls.

If those were the requirements for the Detroit debate, only six candidates would be on the stage.

Former Vice President Joe Biden (+550 to win the 2020 election per Bovada) secured 256,000 donors despite only being in the Democratic race for two months. []

The surging Mayor Pete Buttigieg (+1000) has 400,000 donors since his campaign announcement in January.

Tech entrepreneur Andrew Yang (+2000) also surpassed the 130,000-donor mark, although it is unclear if he meets the 20-state requirement.

Sen. Cory Booker (+7000) started this week with around 110,000 donors. After an impressive performance at the first Democratic debate, Booker should be able to secure 130,000 donors for September.

Earning 130,000 is only half the battle for the Democratic candidates. To qualify for the September debates, candidates must also reach 2% in four polls by August 28.

Buttigieg received 4% and Booker got another 3% in the same poll.

With three more weeks until the next debate, Democrats have plenty of opportunities to boost their numbers.

As for the incumbent’s poll numbers, figures differ when it comes to his approval rating.

However, Trump (+100) referenced another poll via Twitter that had his chances of winning reelection at 54%, possibly mistaking it for his approval rating.

54% in Poll! I would be at 75% (with our great economy, maybe the best ever) if not for the Phony Witch Hunt and the Fake News Media!

Trump still tops the 2020 election chances with even odds. Harris is second at +500.