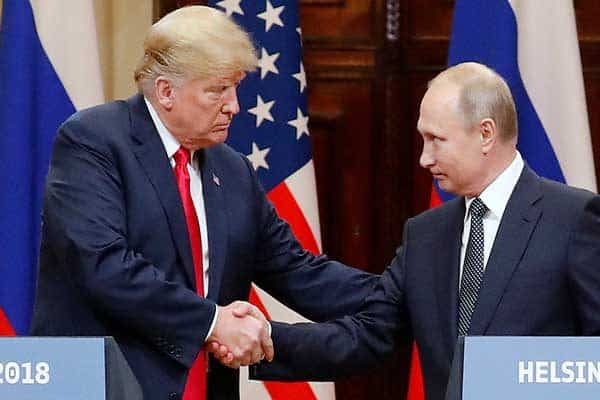 Local punters in Great Britain and Ireland are hosting betting lines on US President Donald Trump’s impeachment. The current odds are 2 to 1 based on Paddy Power, one of the most well-known online sportsbooks in the United Kingdom. This isn’t the first time people have placed wagers on Trump’s impeachment, but his recent appearance in Helsinki has reinvigorated oddsmakers’ stance on the matter.

Trump stood next to Russian President Vladimir Putin and denounced the American intelligence agencies. He instead decided to take Putin’s word that Russia did not meddle with the 2016 US presidential elections. As you can imagine, Trump’s words were met with much disdain from both sides of the bipartisan spectrum. American citizens were skeptical of Trump’s allegiances and went so far as to say he was Putin’s puppet.

The backlash forced Trump to go on air yet again and this time backtrack on his statements. He said he misspoke on the matter and has the utmost respect for the intelligence agencies and their findings. This made him look even worse, as it was an obvious attempt at pandering.

A spokesman for Paddy Power said that people love to bet on Trump’s downfall given their hatred for him. Events like this cause a spike in wagers and oddsmakers like Paddy Power are keen to take advantage of it. Paddy Power is no stranger to presidential betting odds, as they already cashed in on whether or not former Press Secretary Sean Spicer would make it through his full tenure.

To put the current situation into perspective, the odds on Trump being impeached before the Helsinki fiasco were 4 to 1, or 20%. This episode shifted the odds to 2-1. According to the Washington Post, no US president in history has had these kinds of odds for impeachment.

The impeachment process is very long and tedious. The safer bet would be that President Trump resigns in order to save his reputation. Bill Clinton was impeached for much less, but this is a different political climate. Despite his best efforts at making a fool of himself, Donald Trump still has a massive amount of support. It would be difficult to go through the impeachment motions before Trump decides to call it quits and resign.

At these odds, bettors can make a lot of money with the right decision. While some believe that Trump is nearing the point of impeachment, others believe there is simply nothing he can do that would finally push Congress to take action. In any case, this Trump scenario is monumental for the sake of betting. The fact that he is in this position with international oddsmakers is something to take note of, especially since it hasn’t happened before. For those desperately waiting for Trump’s presidency to be over, now may be the time to put your money where your mouth is.