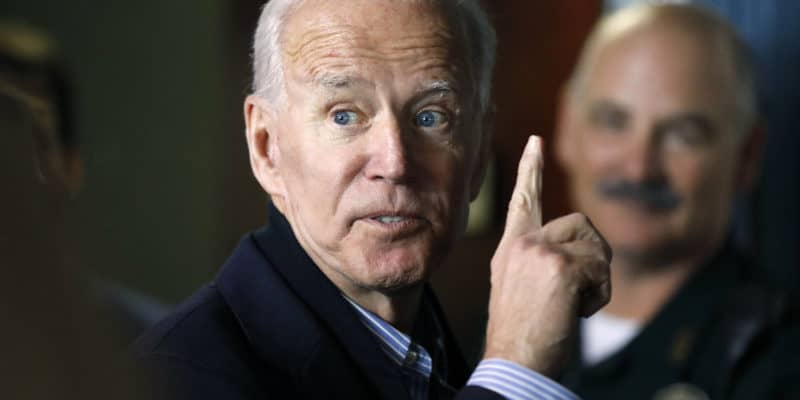 Former Vice President Joe Biden has started to distance himself from the large field of Democratic candidates and is now looking to close the gap between himself and Republican President Donald Trump, according to the latest betting odds to win the 2020 election.

Odds to win the 2020 US Presidential Election

When looking at the current 2020 presidential election odds, Biden is now listed at +300, which gives him a 25% implied probability (or chance) of winning the White House when November 3 rolls around next year.

The latest polling data has likely played a large part in the surge of public money that has been placed on Biden’s betting line, which in turn, has increased his chances of winning.

According to the average of most recent national polls at RealClearPolitics, Biden now has a massive 17-point lead over the next closest Democrat at 34.7% of respondents saying they would vote for him to in the Democratic primary.

At this time, it looks like Biden has a firm grasp on securing the Democratic nomination, and his odds indicate that he’s quickly catching up to Trump, who — as the incumbent — has been the favorite since the beginning of the year.

Trump is listed at +100 (or even), which gives him an implied probability of 50% to win re-election and secure a second term.

This is still a rather significant, 25% advantage over Biden, but there are many factors explaining the huge margin.

However, Biden’s chances have gone up by 18.33% during that same time frame and most of the increase has come in the past month after officially announcing his candidacy.

Not to mention, the difference in odds is largely due to Trump having a much easier path toward winning the Republican nomination due to being the incumbent. Biden, on the other hand, has to fend off 22 (so far) other Democrats fighting to be the party’s nominee.

It’ll be interesting to see if Biden’s odds rise or fall after the first Democratic debate, and fortunately, we’ll know how that plays out in less than a month.

The first Democratic debate will be held over two nights on June 26 and June 27.