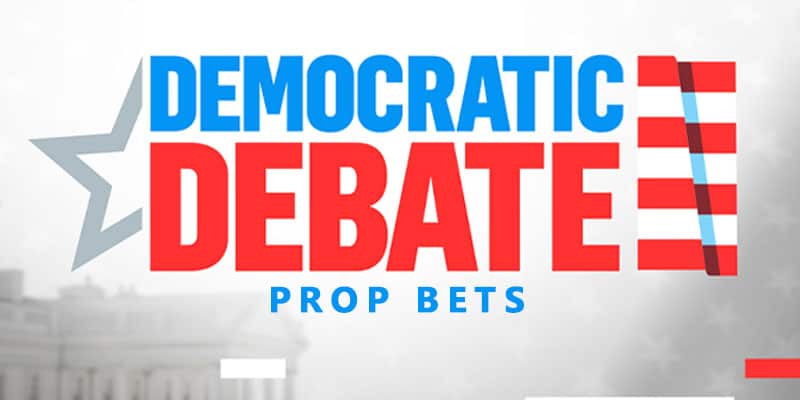 The second Democratic debate is set for next week in Detroit. Over two nights, July 30 and July 31, the biggest names in the party will discuss issues pertaining to healthcare, immigration, climate change, and many others.

Throughout the debates, many things can happen onstage and off. Many of these things are available to be wagered upon thanks to prop bets provided by Bovada.

Oddsmakers are taking action on several possibilities, including the language in which the candidates will speak.

Rep. Beto O’Rourke, who famously spoke in Spanish during the first debate, has -170 odds to speak in Spanish again in the Detroit debate.

Will Beto O’Rourke speak a full sentence in Spanish at all during the debate?

But this isn’t the only bet available based on the Spanish language. Odds are also available on how many candidates will use the language during the second debate. The over/under is two Democrats.

How many candidates will speak Spanish during the second round of Democratic Debates?

While a foreign language is a hot topic for prop bets, a foreign country also has odds. Author Marianne Williamson is not likely to mention her “girlfriend” New Zealand Prime Minister Jacinda Ardern during the second debate.

In the first debate, Williamson went viral for her New Zealand quote, comparing the quality of children’s lives in the two countries.

“I will tell [Ardern]: ‘Girlfriend, you are so on, because the United States of America is going to be the best place in the world for a child to grow up.’”

Outside of their political views, Williamson may be popular for her casual quote from June, but Andrew Yang is known for his casual wear.

During the June debate, Yang was sans-necktie, and next week, odds say he won’t wear a tie to the debate at -220.

Will Andrew Yang wear a tie for the debate?

The first round of Democratic debates drew in over 15 million viewers, one of which was President Donald Trump.

How many times will Donald Trump tweet on July 30?

Another Twitter user to keep an eye on is OJ Simpson. During the June debates, Simpson was active, telling his followers in a video that everyone should be watching the telecast.

However, oddsmakers don’t see The Juice being as active this time around. Nevertheless, Bovada took a stab at giving him odds on tweeting during the July debate at -165.

Will OJ Simpson tweet about the debate while it occurs?

To watch the second Democratic debates, tune into CNN, Telemundo, or YouTube Tuesday, July 30 and Wednesday, July 31 at 8 p.m. Eastern. Below are the rest of the prop bets provided by Bovada.

Will Joe Biden hug any of the candidates on camera?

Will Elizabeth Warren crack open a beer during the debate?

How many times will Biden mention Obama?

Will there be another mic issue during the debate, which causes the moderators to cut to commercial break?