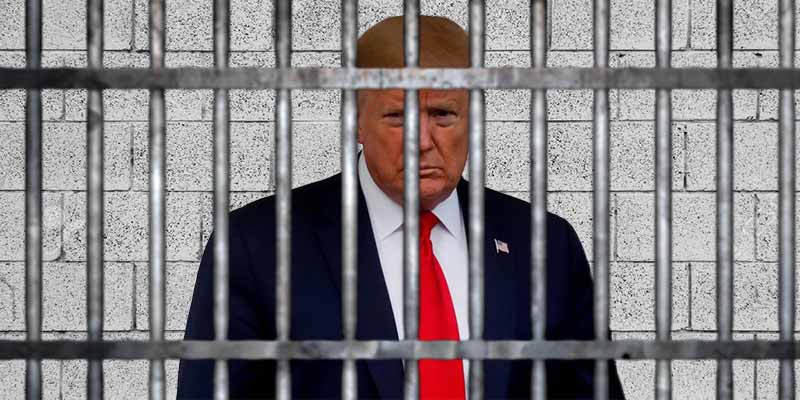 Can a sitting President pardon themselves for a crime that they have yet to be charged with? The legalities of this question could come in to play very soon as President Trump’s administration winds down over the next 12 days.

In the chaos following the riots in the US Capitol, Congressional leaders are gathering and considering what options they have on the table to curb President Trump and the potential for him to wield his power to create more mayhem during his final days in office.

The following political prop bet indicates that he will be impeached once again by the US House of Representatives. Can Speaker Nancy Pelosi and the House Democrats gather up the initiative to complete these proceedings in time to remove Trump before January 20th, the day Joe Biden will be sworn in?

The betting odds paint an ugly picture of what could be on the political horizon in the United States, and if the reaction to Joe Biden’s Electoral College certification in the US Senate was any gauge of what can expect as a response, trouble could be brewing.

Trump’s Presidential impeachment odds currently stand at -190, which roughly converts to a 66% chance of occurring. That means Trump has a 2 out of 3 chance of a second impeachment.

Will Donald Trump Be Impeached Before The End Of His Term?

Will Donald Trump Complete His First Term As President?

As the singer Meatloaf once said, two out of three ain’t bad, and the odds agree with him because even though it seems he’ll be impeached a second time, the Senate will once again rebuff the House and either acquit the President or stall the proceedings until beyond Inauguration Day.

The President issued a statement via Twitter today that indicates his intentions for attending Biden’s Inauguration.

To all of those who have asked, I will not be going to the Inauguration on January 20th.

Will Donald Trump Pardon Himself In His First Term As President?

There appears to be a very strong likelihood that the President will make an effort to pardon himself, and reports have recently surfaced indicating that he has consulted his aides and legal team regarding this very issue.

Presidential pardons occur during every regime, but a President has yet to pardon themselves. The closest scenario is when Gerald Ford, Richard Nixon’s former Vice President, pardoned “Tricky Dicky” following his resignation after the Watergate investigation.

The odds favor an outcome where Trump does not use his pardoning power, but both options are realistic with both options featuring no worse than an even chance of occurring. The best scenario for Trump to receive a pardon is for him to resign and for then-President Mike Pence to issue him one.

Will Donald Trump Resign During His First Term?

There have also been whispers of Trump stepping down and giving up his command prior to the end of his first term, but political betting sites know, whether you like him or not, the President is not a quitter. Donald Trump will not relinquish one ounce of power as long as the right is granted to him, and to expect otherwise would be a foolish venture.

However, bettors that have a hunch that he’ll make a quick exit for Trump Tower prior to January 20th can earn a “yuge” sum of cash by betting on these Trump resignation odds, but they’re not likely to remain on the boards if action isn’t taken soon in the US House and Senate.