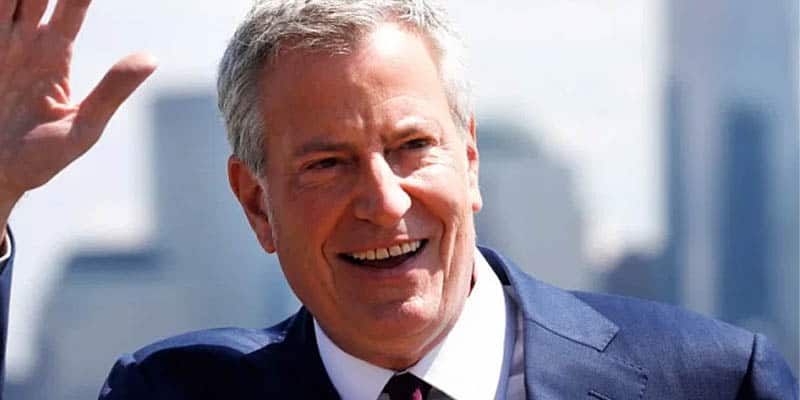 Running for President of the United States is a difficult, time-consuming, and expensive undertaking. Then, at the end of pouring out your heart and wallet, only one person wins every four years.

With that being said, no one can blame certain candidates for dropping out of a losing race.

So far, five Democrats have ended their presidential campaigns with Kirsten Gillibrand being the most recent.

There will be plenty more to drop as the year goes on. BetOnline even has a prop bet on who will be next and New York City Mayor Bill de Blasio is the favorite at +150 odds.

Next Democratic candidate to drop out of 2020 presidential race

De Blasio’s betting odds of winning the Democratic nomination, +12500, are not favorable by any means. This could be due to de Blasio’s late entry into the 2020 presidential race, officially announcing his run in May 2019.

With having such a short time to garner a following, coupled with the mixed reception he has received as the NYC mayor, de Blasio is polling under 1% in some polls.

De Blasio also failed to qualify for the Houston debate this month and will likely miss the Ohio debate next month, too.

Ohio Rep. Tim Ryan has +300 odds to be the next Democrat to end their campaign. After announcing his desire to seek the Democratic nomination in April, Ryan has not done much since.

After failing to meet the thresholds for the third debate, Ryan’s chances of winning the party nomination, currently +12500, will only get worse.

One surprise in BetOnline’s odds is the candidate with the third-best chances to drop from the race: Hawaii Rep. Tulsi Gabbard. The Army National Guard Major has +500 odds to be the next candidate to throw in the towel.

Gabbard met the donor requirement of 130,000 months ago, but she has still been unable to get 2% in four national polls, per the Democratic National Committee required threshold. She currently needs 2% in two more national polls to qualify for the fourth debate in October.

To compare the candidates’ odds of dropping out to their odds of winning the Democratic nomination, a list is provided below.