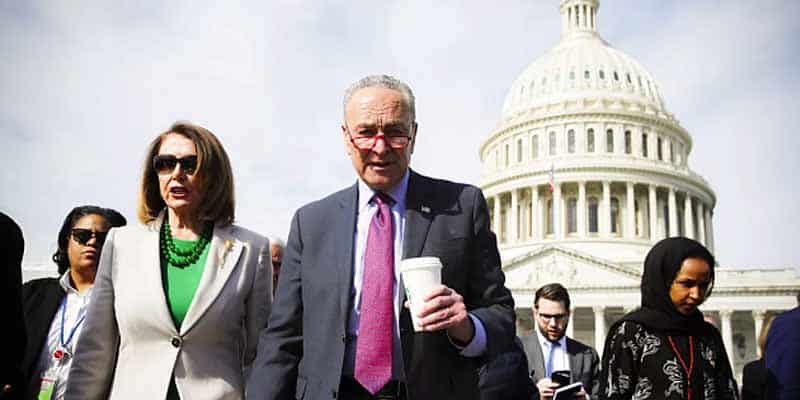 As the protests in opposition to excessive police violence continue across the country, President Donald Trump’s odds for reelection in November continue to slip.

What was once a commanding lead across the board at top sportsbooks is now – according to bettors – Joe Biden’s race to lose, as he is in the lead or is almost even with Trump per the betting lines. The following Presidential election odds are provided by Bovada Sportsbook:

With Trump’s odds of reelection plummeting, his next logical move would be to address the issue that is causing his collapse to try and place a Band-Aid on the situation.

To that end, the US Senate is planning to introduce a new bill that will reform police department procedures on a federal level that will affect all US States, but is it too little too late?

GOP leadership in the US Senate have indicated that the police reform bill may not be heard until July 20, following their two-week recess after July 4, according to CNN.

“I think us waiting a month before we vote is a bad decision. I hope we are willing to take up the legislation and let’s get on the record. And if it fails, it fails. Finding seven folks on the other side of the aisle who want to see this thing to move forward will be helpful.”

Democrats have a hard road ahead and no real path of attaining a majority in the Senate this fall, but this week, odds have been revealed favoring just that.

What at first appeared to be an impossible hill for the Democrats to climb is now is within reach, according to political oddsmakers. The Senate seats that are up for grabs this fall are mostly in districts that traditionally lean heavily on the Republican side.

Could a delay in introducing this crucial legislation further affect the GOP’s Senate reelection odds in a negative way? Perhaps Mitch McConnell and Lindsey Graham should heed Tim Scott’s words and put a rush on the bill’s introduction and get it up for a vote before the Independence Day break.

The United States House of Representatives will almost certainly remain under Democratic Party control, and the odds have reflected that since they were first placed on the board more than two years ago. With the Democrats now favored in the Senate, betting lines for complete control of both legislative bodies overwhelmingly favor the Democrats.

2020 House And Senate Balance Of Power

The Republicans losing the Senate still seems unlikely to even the most staunch Democratic Party supporters, and bettors can almost double their amount risked if they place a wager on party control remaining intact in each branch. A wager of $100 for the Democrats to control the House and the GOP to control the Senate will earn a payout of $175. It’s the best bet – the biggest “sure thing” – in an otherwise wildly unpredictable election cycle.

November is a long way off, and there’s still a lot that can happen, but one cannot deny that the groundwork is being laid right now.

One thing is for sure: A blue sweep of the House, Senate, and Oval Office in November of 2020 will not reflect well on Donald Trump’s legacy.