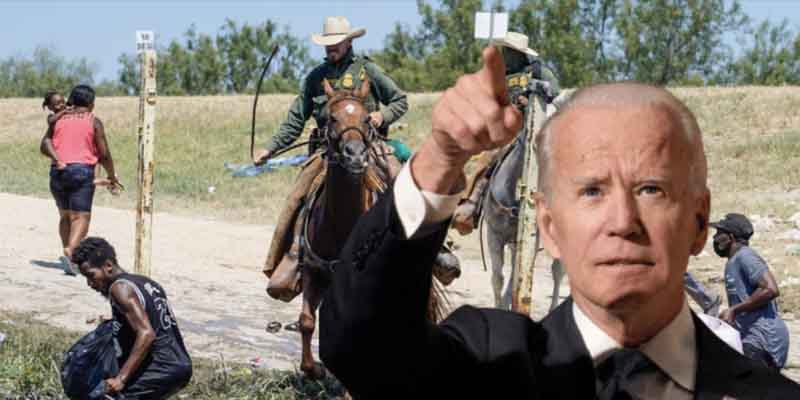 President Joe Biden On a Downward Trend, Odds Are Against Him in 2024

Despite campaign promises assuring voters that a Democratic administration would put an end to Donald Trump’s harsh immigration policies, President Joe Biden has been unable to deliver. Such actions have caused various changes to Biden’s odds on betting lines.

End of the Summer, Start of Reality

President Biden has faced several criticisms since he took office in January. However, the end of the summer seems to mark a tumultuous time for the administration.

The triple-threat combination of COVID-19, withdrawal from Afghanistan, and the assassination of Haiti’s President have brought a large influx of immigration to the United States.

US citizens have not yet forgotten the horrific images of children in cages at the Mexico border. Now, new photos are circulating of Haitian immigrants that look like they are being “whipped” and “corralled” at the border.

The pictures are heavy, to say the least.

One can’t shake the ominous feeling that washes over when you see policemen playing cowboy, treating refugees like cattle. But a bigger picture is being painted here.

Trouble At The Border

Politico reports that up to 15,000 immigrants are actively trying to cross the border through Del Rio, Texas. The US Border Patrol has already filed a complaint with the White House, claiming that they are overwhelmed by the recent volume of immigrants.

In light of what is going on, the White House has authorized several deportation flights to send Haitians back to Haiti. However, this response is being widely criticized by the public.

Many of the Haitian immigrants at the border today fled their country long before their President’s assassination. Several of these immigrants have been traveling on foot for the past decade as a result of the devastating earthquake of 2010.

For many of these immigrants, being sent back to Haiti is undoing more than 10 year’s worth of work to become a better person.

Joe Biden may still have time to turn this story around but things aren’t looking great. The President’s approval ratings are dropping to new lows and political betting lines are beginning to reflect these sentiments.

Odds to Win the 2024 Presidential Election

The lines put former President Trump neck-and-neck with Joe Biden. While Donald Trump Sr. has not formally announced that he will run for President in 2024, many anticipate his candidacy.

With the election three years out, sportsbooks are largely spitballing when it comes to these odds. But that means it is a good time to bet on potential candidates.