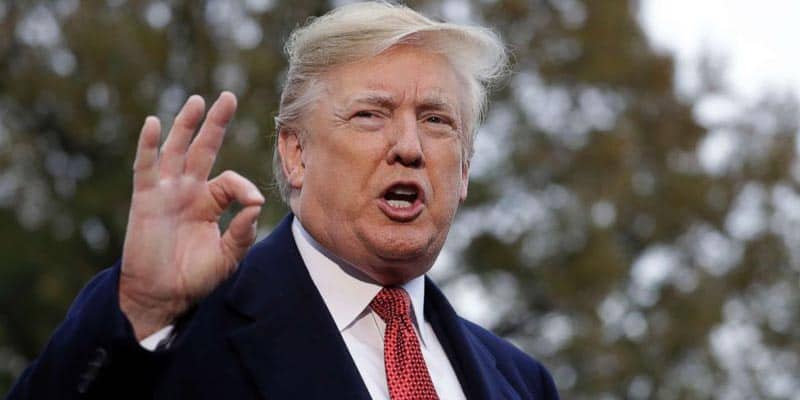 President Trump’s reelection campaign efforts are in full swing. For the second quarter, the 45th president, along with the Republican party, was able to amass $105 million.

Trump’s $54 million combined with the RNC’s $51 million eclipses the $46 million mark set by Obama’s reelection campaign in the second quarter of 2011.

According to Bovada political odds, Trump’s reelection odds in 2020 are sitting at 50 percent; the Republican incumbent versus the Democratic field on the other 50 percent.

In his first quarter of the reelection campaign, Trump raised $30.3 million.

So far, the only Democrats to release their quarterly fundraising numbers are Sen. Bernie Sanders (+1000) and Mayor Pete Buttigieg (+1000).

All candidates are required to disclose their fundraising amounts by July 15.

Sanders was able to raise $18 million between April and June 2019.

Sanders’s numbers are aided through his network of small donors but are remaining stagnant since the first quarter where he raised $18.2 million.

Buttigieg announced July 1 that he was able to raise $24.8 million in the second quarter.

This is an astronomical rise as Buttigieg only raised $7.1 million during the first quarter.

While Sen. Kamala Harris (+550) has not released her second-quarter fundraising figures yet, numbers are expected to be strong.

Twenty-four hours after the first Democratic debate, Harris’s campaign claimed it raised $2 million, thanks to her confronting former VP Joe Biden on his opposition to integrated school busing.

Harris should pass her first quarter totals, where she raised $12 million, in this most recent quarter.

Biden, still the Democrat favorite at +550, claims to have raised $20 million since April.

Warren, who was +3000 during the first quarter, was able to raise $6 million.

But now as a frontrunner at +850, Warren’s fundraising total will surely break the eight-figure mark.